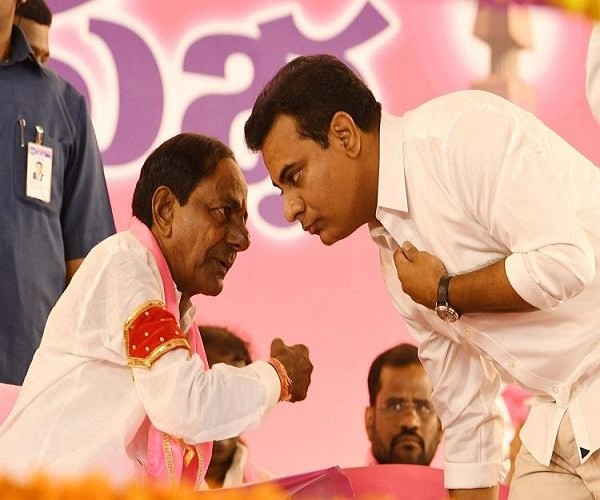 A decade ago, if someone were to claim that the Telangana Rashtra Samithi (TRS), then a party largely confined to the northern part of the state, would be a major player in Hyderabad city, it would have been immediately dismissed.

Yet today in 2018, with days left to go to the polls, the TRS is one of the key players in some of the most important constituencies in Hyderabad.

The Greater Hyderabad region, which mainly consists of constituencies within the confines of the city’s Outer Ring Road (ORR) and some on the outskirts, spread over several districts, has political conversations of its own.

The region is known for its large Muslim population in old city, a bastion of the All India Majlis-e-Ittehadul Muslimeen (AIMIM) and settlers, mainly from Andhra Pradesh, and other parts of the country.

However, the bulk of constituencies are in Hyderabad district, which include Musheerabad, Malakpet, Amberpet, Khairatabad, Jubilee Hills, Sanath Nagar, Nampalli. Karwan, Goshamahal, Charminar, Chandrayangutta, Yakutpura, Bahadurpura, Secunderabad and Secunderabad (Cantonment), with a total of 3.96 crore voters.

While the old city area that includes most parts of Hyderabad district are mostly held by AIMIM. The fights here are primarily between AIMIM and Telugu Desam Party (TDP) and in some seats, the Congress and the BJP.

With the Prajakutami being forged in the state- which includes the Congress, the TDP, Telangana Jana Samithi (TJS) and CPI- the grand alliance and the Telangana Rashtra Samithi (TRS) are going head to head in many crucial constituencies in the city.

Which way will the settlers swing?

In 2014, the TRS only won four seats in the region, something which it acknowledges itself. This has often been attributed to the presence of several lakh people from Andhra, who reside in Hyderabad, and are often the deciding factor in some seats.

Knowing what’s at stake, the TRS is taking no chances as it has deployed its key campaigner and the KCR’s son himself, KT Rama Rao, who has built an image as an IT Minister over the past four years.

He has addressed several meetings across the city, from Abids, Mailardevpally, Nampally, Kondapur, Madhapur and Serilingampally to name a few.

“The TRS wants to show the people that we are developing the entire state. But we have said repeatedly in the past that Hyderabad will be a global city in the future and we are working in this direction,” says TRS MLC and senior leader Sreenivas Reddy.

“In the 2014 election, out of 24, we won only in 4 seats. However, immediately after that, in 2016, we won 90 corporator seats in the Greater Hyderabad Municipal Corporation election (GHMC). So we are not interested in only short-term goals and we are developing the city as well as the state,” he added.

While the Congress and the TDP are banking on the region historically voting in their favour, the TRS has repeatedly pointed out to the result of the GHMC election was in their favour. However, analysts say that there is more than meets the eye.

“Not only for Telangana, but Hyderabad is one of the most developed cities in India and whoever controls the city obviously wields a lot of power. The challenge to the TRS is if it can repeat the magic of the 2016 results,” says Telakapalli Ravi, a veteran journalist and political analyst.

Ravi also points out to the fact that the TRS has remained historically weak in Hyderabad, barely even making an attempt to contest in the 2009 elections.

“You can’t compare 2018 with 2014 or 2016, as the BJP and TDP were together at the time. Now, the Telugu Desam is with the Congress and has also lost a considerable amount of clout as legislators defected to the TRS,” he adds.

Analysts argue that KCR and KTR indulge in a ‘balancing act’ as the Chief Minister continues to seek votes in rural areas by highlighting the insider versus outsider narrative while his son appeals to the voters in the city on grounds of inclusivity and tolerance.

“It all boils down to the nature of the settlers. Often, they may not just go with their roots or origin alone. A true settler will vote for stability and continuity to be there. That works more than other factors,” Ravi adds.

Even as seat sharing talks were underway, there was dissent within the TRS and also within parties of the alliance over contentious constituencies like Jubilee Hills, Serlingampally, Rajendranagar, LB Nagar, Qutubullapur and Maheshwaram.

Take Serlingampally for example, which includes the entire IT hub of Hyderabad and several tall rises. Sitting MLA Arekapudi Gandhi is up against Mahakutami’s TDP candidate Bhavya Anand Prasad in one of the richest constituencies in the state.

In Rajendranagar, former minister Sabitha Indra Reddy’s son, Patolla Karthik Reddy’s supporters were livid after the seat he vied for was allotted to TDP’s Ganesh Renukuntla. Congress workers even went to the extent of vandalising the party office at Shamshabad.

There are also many seats with big battles. Sabitha, who bagged the Maheshwaram ticket for the Congress, will be going up against TRS’ Teegala Krishna Reddy.

The state’s present Secretariat next to Tank Bund and the Governor’s office, Raj Bhavan come under the jurisdiction of the sitting MLA besides key areas in the city like Somajiguda, Punjagutta and parts of Banjara Hills and Himayatnagar.

In Kukatpally, which is in the heart of the city, Padma Rao, who was in charge of the constituency, was denied a ticket as the TRS picked a defector from the TDP, Madhavaram Krishnarao. Following this, he sent his resignation to KCR.

In a bid to take advantage of the factions in the TRS, the TDP has fielded Nandamuri Suhasini, the granddaughter of the party’s founder and former Andhra Pradesh Chief Minister N T Rama Rao. The constituency also has several voters who have their roots in the state neighbouring Telangana and have settled in the city. #KhabarLive