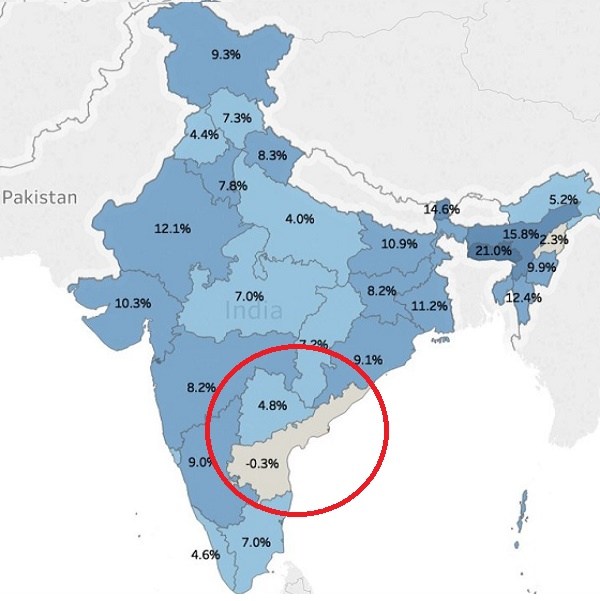 During the announcement of the elections to the 17th Lok Sabha, the Election Commission of India (ECI) noted that the total electorate in the country as of 01st January 2019 was around 90 crores. Data released by the ECI (E-Roll data of 2019) suggests that the number of registered voters as of January 2019 is around 89.78 crores compared to 83.4 crores who were eligible to vote in the 2014 Lok Sabha election, an increase of around 7.6%. Of all the States/UTs, Andhra Pradesh happens to be the only state where the total number of registered voters in 2019 has decreased compared to the number in 2014.

Among all the States/UTs, Andhra Pradesh is the only state that registered a decrease in the number of voters between 2014 & 2019. Compared to 3.67 crore registered voters in in 2014, the number has come down to 3.66 crore in 2019. Among the states, Meghalaya registered the highest growth of 21% followed by Assam where the number of registered voters increased by close to 16%.Percentage Change in the Number of Registered Voters by State_UT (2019 Vs 2014)_infographic