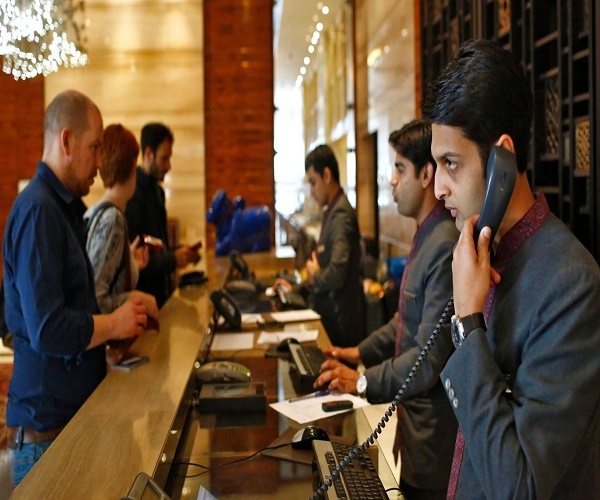 Just days after food-delivery apps faced fire from restaurant owners in southern India, online travel agencies (OTAs) are battling opposition from hoteliers in the western part of the country.

Around 270 hotel-owners in Ahmedabad, capital of the state of Gujarat, are refusing to take bookings from major OTAs like MakeMyTrip and Goibibo, opposing the heavy commissions they charge and the hefty discounts they offer consumers.

The boycott has been initiated by the Gujarat chapter of the Hotels and Restaurants Association (HRA), the Financial Express newspaper reported.

According to HRA, these online booking portals initially charged between 15% and 18% as commission, but the figure has now climbed up to over 40%. The HRA now wants it brought down to 15%.

“Initially everyone has to compete but it has to be with fair policies. Now, some players are resorting to arm-twisting of hotels with higher and higher commissions and erratic contract changes,” Pankaj Gupta, president of the Tour Operator and Travel Agents Association of Gujarat (TAG), told #KhabarLive.

In a statement to #KhabarLive, MakeMyTrip, which acquired Ibibo Group in October 2016, said it is honouring all the bookings on its platform in Ahmedabad as of now.

Rising voices
Last week, some 200-odd members of the Kerala Hotel and Restaurant Association (KHRA) decided to boycott food aggregators like Swiggy, Zomato, and Uber Eats for the same reasons as those now cited by the hoteliers.

“We saw strikes by Ola and Uber drivers in Mumbai and now we are seeing efforts by hotel-owners who are not happy with some of the practices of the online companies,” said Harish HV, an independent analyst who tracks the startup sector in India. “This is not dissimilar to the earlier days when there were clashes between companies and labour, and unions were formed as a tool for bargaining.”

After all, the online beast has grown too big for most to tame alone. Already, over half the bookings at hotels comes from these online portals, and the share is expected to climb up to 70% in a few years, owing to rising internet penetration.

This over-dependence can lead to exploitation. For instance, hotels across the country are reportedly forming a nationwide lobby to seek legal action against unicorn Oyo, alleging that the aggregator has been violating deals and withholding payments, besides running down room prices with hefty discounts.

Some entities—Yatra and Booking.com, among others—adhere to fixed policies and charge between 15% and 20%, TAG’s Gupta said. “For blacklisted portals, this can reach up to 50%. And then they’re blackmailing every hotelier saying the other one is giving us more, so you also have to give,” he added.

However, not listing on these platforms is hardly a solution considering the strong grip OTAs have on consumer recall.

“With online hotel aggregators, it is the same as we see in food delivery where people say ‘let’s order from Swiggy or Zomato’ rather than naming the restaurant,” said Yugal Joshi, vice-president at Texas-based consulting firm Everest Group. “People go to platforms to search for the best deal and therefore it becomes a race to the bottom for discounts.”

Meet ’em mid-way
Often, the discounting is based more on economics and less out of malice. “Offline rates in a lot of places are impractical, so OTAs—who have a large amount of insight at what price point is the customer willing to buy—have to discount those prices,” said Ujjwal Chaudhry, associate director of consumer internet at market research firm RedSeer Consulting. “But the margins (between hotels and OTAs) are pre-decided. Any discount on top of it has to be borne by the OTA.”

Moreover, there are many plus points to listing on OTAs from improving discovery to building trust, experts reason. But both the hotels and the OTAs have to meet halfway for the model to really thrive.

“Hotels should stop acting like sore losers as they clearly don’t have the bandwidth to manage demand and further capacity utilisation. They need to appreciate the value OTAs bring in,” said Vidhya Shankar, executive director at advisory firm Grant Thornton. At the same time, “OTAs need to display more empathy to hotels that absorb capital expenditure.”

As of now, industry commissions average at around 22%, RedSeer’s Chaudhry said. This figure will likely trend upwards as more of the hotels business moves online, creating a $2.3 billion industry by 2020.#KhabarLive