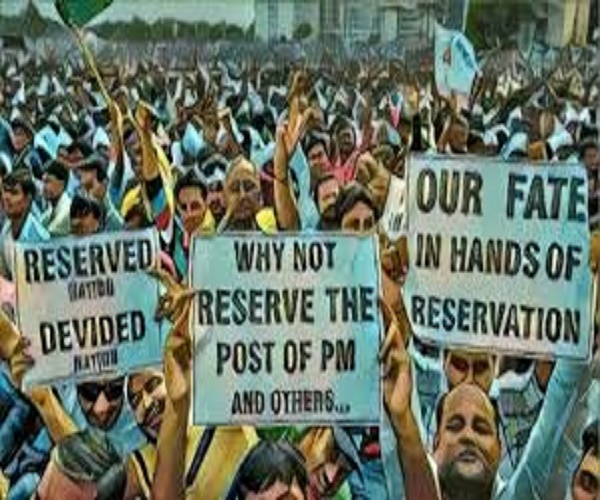 The Centre’s decision to introduce reservations for economically backward sections has received a mixed response. Once implemented, the new quota is likely to change the reservation scenario in Telangana and Andhra Pradesh. The higher income ceiling (₹8 lakh per annum) will bring within the ambit of new quota 95% of the people who are currently not covered by reservations. The “forward” class Muslims, who do not get quota in Telugu states, will benefit. Other religious minorities, including Christians, are also covered under the new quota.

What is the reservation status in AP and Telangana?
At present, half the population in Telugu states is covered by reservation. AP and Telangana also have quota for women in educational institutions. In both states, the current quota is 50%. The quota for economically backward sections will increase the over all reservations to 60%.

Is there any ceiling on the quota?
Supreme Court has fixed 50% as the ceiling for reservations. Some states like Tamil Nadu, however, have quota more than 50%. The issue is before the apex court.

How much hike AP, Telangana have sought?
Telangana has urged the Centre to increase reservations to 62% to include more tribals and more backward classes among Muslims. Andhra Pradesh has sought increase in quota to 55% to accommodate Kapus.

How has the Centre responded to quota hike request?
The Centre has turned down the plea of Telangana to increase quota for tribals and backward classes among Muslims. It has also rejected the demand for Kapu quota.AP and Telangana state assemblies passed unanimous resolutions demanding increase in quota. The ball is now in Centre’s court.

What is the break-up of reservations in AP and Telangana?
Backward classes including BCs among Muslims 29%, Scheduled Castes 15%, Scheduled Tribes 6%.

Are there any other type of reservations?
Yes, there are reservations for physically challenged. They get 3%. Women get one-third quota within the overall reservations.

Is there demand from other sections too?
Several sections of society have been demanding that they be included in the BC list. Some seek quota based on the population ratio of communities.

What next?
Now that the economically backward criteria is applied, those not covered by reservation of any sort may try to seek quota under the new category. All that they have to prove is that their annual income is less than ₹8 lakh or about ₹66,600 a month. Kapus, who have been fighting for quota, will also stand to benefit. #KhabarLive

Why The ‘TISS Hyderabad’ Scrapped BA Course And Why Students Going...