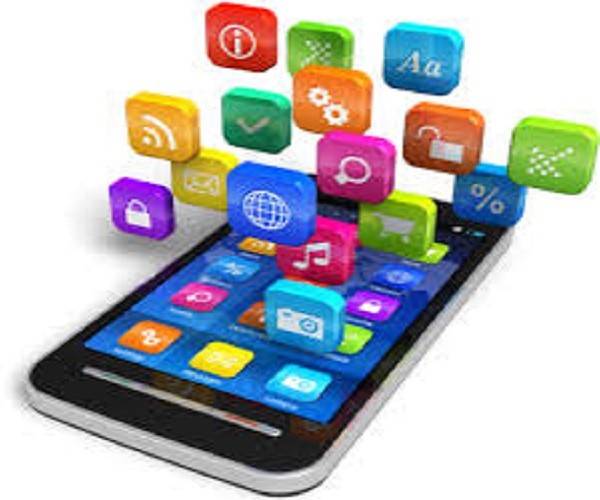 At the Congress headquarters at Gandhi Bhavan in Hyderabad, Hasiba Amin, the party’s national coordinator for social media, is huddled in a closed-door meeting with her state-level social media coordinators. She is busy taking feedback from ground level party workers on how to craft the party’s social media strategy.

As the offline contention for the 119 Assembly seats in Telangana intensifies, so does the fight online among the digital assets of the political parties in the election fray. The major political parties fighting the Telangana polls are relying heavily on social media to reach the 1.4 crore internet user base in the state.

Almost all parties have a presence on all social media platforms, and those behind the keyboards of the Congress and the BJP in Telangana claim that social media has given them a better sense of how the political winds are blowing.

In the run-up to the elections, the Telangana Congress has entered into an alliance with the TDP, CPI and TJS to take on the K Chandrashekar Rao led TRS, while the BJP too is in the fray.

Popularity and Perception
Congress social media coordinators feel that the tide has been turning in their favour since mid-October. They base their conclusions on analysis of social media engagements and Google trends.

“Ever since we got into election mode, the kind of response we are getting in Telangana is amazing,” says Hasiba, who joined the Congress social media team a year ago. “There are over 1.4 crore internet users in Telangana based on information provided to us by Google and we have a reach of over one million in one digital property alone… when we take other platforms into account our reach in Telangana is huge,” she adds.

The Congress is trying to make its presence felt on all social media platforms, be it Facebook, Twitter or Instagram. It has even managed to gather over 5 lakh subscribers from Telangana on ShareChat, a little-known Indic-language-based app similar to WhatsApp.

The party claims it does not spend on social media marketing, that all their online growth and popularity is organic.

We may spend money on social media advertising only as we get closer to the elections
Hasiba, Congress Social Media Team Member Hasiba pulls her laptop near to show where her party stands in terms of popularity on Google trends against the TDP and TRS.

She points out that since the second half of October the Congress has been leading in Google searches, followed by the TDP and TRS. “Our popularity has shot up even further since November. The search queries for TRS has plateaued over the same period,” she observes.

In the TRS, social media is headed by the caretaker chief minister for IT, KT Rama Rao, and Member of Parliament K Kavitha, his sister. They directly oversee three teams of professionals who handle social media aided by a few other party leaders.

“The party has been active on all social media platforms, be it Facebook, Twitter, Instagram or ShareChat. Earlier, these platforms were used to share information on welfare and developmental activities of the TRS government, now they are using it for election campaigning also,” discloses a source privy to the inner workings of the party’s social media team.

The TRS always used social media positively, unlike other political parties who resort to vulgar memes to criticise and attack. We have been using it in a decent fashion.

The TRS claims that the party’s social media handles are way ahead of other parties in terms of reach, citing the example of how its Facebook page has over one million followers.

“Even when it comes to Twitter, party leaders have a large following, like KTR has over 1.4 million followers whereas opposition leaders have just 30,000 to 40,000 followers. This huge follower base gives the TRS leverage over the opposition in terms of reach. The party is banking on the various good schemes launched by the government,” says the TRS source.

“The TRS clearly has a pattern of social media postings. Every morning they put up a post that is against the Congress. After two hours they put a post which is pro-TRS. After two hours they publish a post about their manifesto points. So, they have a pattern that they robotically follow,” says Hasiba, who alleges that the one million followers TRS gained on Facebook were from ‘Like farms’.

Like farms are third-party service providers who help page owners generate more likes on their pages to show increased popularity.

“In a less than a week, from a few lakh followers the TRS Facebook page likes has shot up to one million, but their engagement hasn’t gone up. Which means they have purchased bots from like farms to like their page. We are doing much better than them with our 2 lakh plus likes. The TRS is just trying to create a perception that they are doing better,” she claims.

When quizzed about the allegation made by the Congress that the TRS was buying likes to boost Facebook followers, the TRS source responded by saying, “Recently the TRS exposed the Congress for buying bots, they want to pass it back to the TRS… which is why they are making these claims. Followers information is public information, one can go and check if these followers are genuine.”

WhatsApp Armies
The BJP uses the WhatsApp medium to discuss the failures and the unkept promises of the TRS government. “In the past six months there has been a shift in the direction of public discourse on social media, people have become more critical of the TRS government,” observes Krithikant.

The same shift in public discourse on social media was noted by Deepak John, the Telangana social media in-charge of the Congress. “In the last two or three years, no one would talk negatively about KCR. We have tried to highlight the failures of the TRS government by bringing out the facts, numbers and by highlighting issues faced by the people. A lot of that effort has started paying off as people have now started criticising the TRS form of governance,” Deepak asserts.

The Congress is not that far behind the BJP in terms of having its own WhatsApp army for Telangana elections.

The Telangana BJP is active, both on Facebook and Twitter, and on WhatsApp it is using an army of volunteers to push the good deeds of the BJP led central government to every village in the state.

ALSO READ:  'Truck Suvidha' - A 'One Stop Solution' For All Trucking Needs

“We have assembly, mandal and booth level WhatsApp groups, put them all together and the number of groups goes beyond 4,000 with anywhere between 150 to 250 party workers in each group. This is not including groups just for party volunteers,” says Krithikant, the BJP Telangana social media in-charge for the past three years. “We use the groups to pass on both instructions and information. The flow of information works both ways – from the high command to the workers and from the workers to the high command,” he adds.

The TRS, on the other hand, claims to have a cadre base of 65 to 70 lakh, out of which 45 lakh are active on WhatsApp. The party regularly sends election-related messages and instructions to their cadre through WhatsApp.

In This Age of Rampant Online Trolling, How do the Political Parties Cope?
The Congress social media team does not respond to trolls, the party says it engages only through facts. “We know which accounts are trolls, they leave negative comments on our social media posts. They are all from one party,” Hasiba says, hinting at the BJP.

The Telangana BJP social media in-charge does not deny the existence of trolls but says the party stance is to distance itself from the trolls. “We have strict orders from our high command telling party workers to be civil in their social media engagements. The instances of trolling are by BJP fans and not by our party workers,” Krithikant claims.

“All parties have followers who do not follow online etiquette, it is a common problem with all parties, we cannot say only one party does it. Whoever it is, they should not be doing so. If they cross the line, the Election Commission is watching social media and will pull them up,” the TRS source says. #KhabarLive

Why The ‘Reservation Battle’ Between ‘Adivasis And Lambadas’ Can Spell Trouble...

All Eyes On ‘First Woman Minister’ In KCR Cabinet Expansion On...