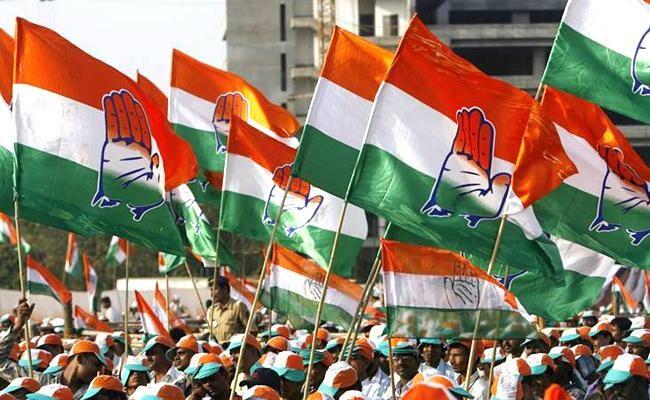 If there is one strong reason why people of Telangana are compelled to vote the Telangana Rashtra Samithi led by K Chandrasekhara Rao back to power, it is the weak opposition, particularly the Congress party.

Though the party is down in the dumps for the last five years, the leaders are not learning lessons. The party which had won just 19 out of 119 MLA seats has now been reduced to just six MLAs.

There is no change in the attitude of the party leaders, despite the huge loss in the recent by-election to Huzurnagar assembly seat.

Now, with the Congress high command is planning to infuse some life into the party by revamping the Pradesh Congress Committee and appointing an enthusiastic leader as the PCC chief, the tussle has begun in the party in the name of the castes and seniority.

Apparently to pre-empt the appointment of another Reddy leader in place of outgoing PCC chief N Uttam Kumar Reddy, the Backward Class leaders are strongly resisting the move and demanding that the new PCC chief should be from BC community.

Several senior Congress leaders belonging to BC communities met at a private hotel on Thursday demanding that the post of TPCC be given to a leader from their community.

More than 100 BC leaders from across Telangana State including former PCC Presidents Ponnala Lakshmaiah and V Hanumantha Rao, ex-MLA Anil Kumar Yadav, Kuna Srisailam Goud and others attended the meeting.

The meeting resolved that in order to strengthen Congress in Telangana, the party needs to empower leaders from the BC community.

Besides the posts of PCC President, prominence and adequate representation should be given to BC leaders on other important posts in the PCC and AICC.

They said BCs should be given tickets in proportionate to their population in the forthcoming municipal elections. Further, he said the creamy layer among BCs should be removed. #KhabarLive