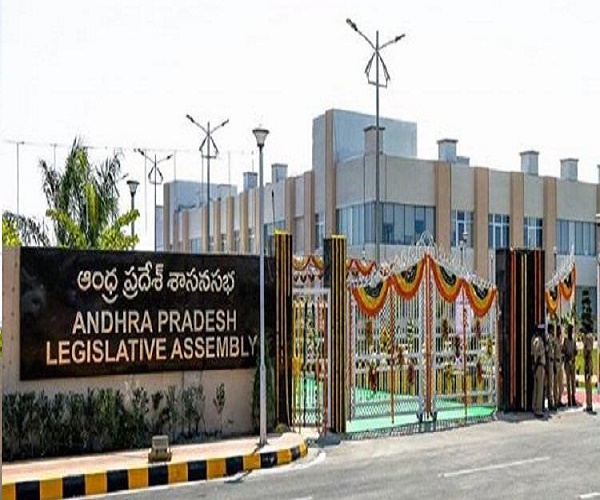 The government of Andhra Pradesh has seemingly thrown itself into an unprecedented logjam following its failure to push through the Appropriation Bill, also known as the Money Bill, for the financial year 2020-21 in the state Legislative Council. As the Bill failed to see the light of day in the Legislative Council, the government may face hiccups in drawing and spending money from the exchequer from July 1 onwards.

Governor Biswabhusan Harichandan promulgated an ordinance, bringing into force the vote-on-account budget with an outlay of Rs 70,000 crore, enabling the government to meet its Ways and Means expenses till the end of June during the financial year 2020, beginning April 1.

The ordinance was in line with the recommendation of the state Cabinet, which at its meeting on March 30 felt that it was not conducive to convene the state Assembly for the passage of a full-fledged annual budget due to the coronavirus pandemic. Thus, the vote-on-account budget for the first quarter of the financial year became imperative for the state government.

The Appropriation Bill was passed by the state Assembly in the recently-concluded budget session and transmitted to the Legislative Council for due process. But pandemonium broke loose as members of the YSR Congress and the TDP indulged in fisticuffs and verbal abuses when Finance Minister Buggana Rajendranath Reddy rose to move the motion for the passage of the Money Bill.

Endowments Minister Vellampalli Srinivas allegedly fell down in the melee, after he faced blows from members of the Opposition. It became a tug-of-war between the ruling party and the TDP on the passage of the Bills of their choice in the Upper House. Ministers Botsa Satyanarayana, K Kannababu, Anil Kumar Yadav, and Vellampalli Srinivas insisted that the Chair give preference to other Bills, such as the Andhra Pradesh Decentralisation and Development Bill and the Andhra Pradesh Capital Region Development Authority Bill piloted by the government.

Under Rule 90 of the Rules of Procedures and Conduct of Business in the AP Legislative Assembly, Opposition Leader Yanamala Ramakrishnudu from the TDP proposed taking up the Money Bill first, resulting in a showdown between the ruling and opposition benches.

Faced with angry members from the YSRCP around the podium and the resultant chaos, Council Deputy Chairman Reddy Subramanyam, who was in the Chair, adjourned the House sine die. With this, the Money Bill and other Bills could not be debated and passed in the Upper House.

The ordinance dealing with the vote-on-account tends to lose its relevance once the Assembly is in vogue. It appears that the government may have to face hurdles to meet its revenue and capital expenditure in the absence of the passage of the Appropriation Bill in the Legislative Council.

While the mandarins in the government are looking for a remedy under Article 198 of the Constitution (For special procedure in respect to Money Bills), legal experts ruled out such a possibility.

Jandhyala Ravishankar, a legal expert, observed that the particular article is unlikely to come to the government’s rescue in this situation. The article envisages that the Money Bill shall be deemed to have been passed within 14 days from the date of its receipt by the Legislative Council, regardless of whether the Council accepts it or rejects it. “But, in this particular case, the Bill failed to be transmitted to the Legislative Council and that it shall not be treated as its property,” Jandhyala contends.

Finance Minister Buggana Rajendranath Reddy told #KhabarLive, “There may be some delay for a week or two in spending from the exchequers.” The Minister, however, asserted that he moved the motion in spite of the Chair being unwilling to admit it.

“The precedence is such that passage of the Finance Bill is the last item for the Parliament or the State Assemblies to take up before the House is adjourned sine die. In line with this precedence, the government wanted to push through the capital-related (Amaravati) Bills first and the Money Bill later.

But the TDP, with the strength of its brute majority in the Legislative Council, gave the go-bye to all such precedence with utter disregard for the decisions of the state Assembly,” Rajendranath alleged.

The Bill related to the shifting of the capital out of Amaravati — which prompted Chief Minister Jagan Mohan Reddy to scrap the Legislative Council after it failed to give its approval three months ago — is back in the Upper Houser for passage.

Legislative Council Chairman Shariff Mohemmed Ahmed from the TDP referred the controversial Bill to the Select Committee without even allowing for discussion in January this year. The Legislative Council, under the TDP’s dominance, keeps enraging the ruling party quite often by negating several Bills passed by the state Assembly.

In the 58-member Legislative Council, Jagan’s party is in minority with 12 members while the TDP and PDF (Progressive Democratic Front) have 28 and five members respectively. The state’s Advocate General, Sriram Subramanyam, gave an undertaking to the High Court to the effect that the capital will not be shifted from Amaravati as long as the relevant Bills are in the legislative process. Thus, it became necessary for the government to give legal sanctity to its three-capital projects before realizing its resolve. #KhabarLive #hydnews #innlive