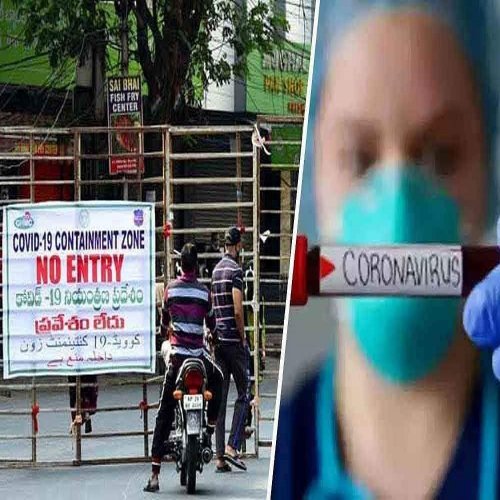 Every day 30 to 40 people from GHMC limits are being admitted in Gandhi hospital after testing positive. This has been the situation for quite some time in three districts (Hyderabad and part of Ranga Reddy and Medchal-Malkajgiri) that are under GHMC limits. While 85 percent of Telangana is almost free from Corona cases for last few weeks, the situation in GHMC is exactly the opposite.

Here cases are continuously piling up without a break. Of the total 1920 cases registered in Telangana so far, GHMC alone accounted for nearly 1250 cases which goes to show the cases gravity.

According to daily bulletin issued by the Health department, no single case has been registered in 28 districts out of the 33 districts in the State.

Of the 709 active cases being treated in Gandhi hospital, nearly 140 plus are migrants and foreign returned while the rest of the 550 belong to the GHMC region only.

Of the 1,090-odd infected people who recovered and got discharged from hospital, 670 are those from Greater Hyderabad. Also, 47 of the total 53 who died are from this region only.

The challenge before the Health department is to contain the virus spread in this region besides keeping a tab on incoming migrants and foreign evacuees who are also testing positive.

However, the big worry is the spread of the disease and detection of positive cases in new areas which had no single case until now. As such new names are being added into containment zone even though some are going out of the list as no new cases surface.

ALSO READ:  Faith Healing In The Bustling Lanes Of Nizamuddin In Delhi

With resumption of domestic flights as well as train services, Telangana will continue to see more influx of people into Greater Hyderabad and there are chances of some of them testing positive to the virus.

Also, with relaxation in lockdown instructions infection spreading to new parts of the city cannot be ruled out. This means there will be no respite for people of Greater Hyderabad and even for the Health department for the next few weeks. #KhabarLive #hydnews #GHMC