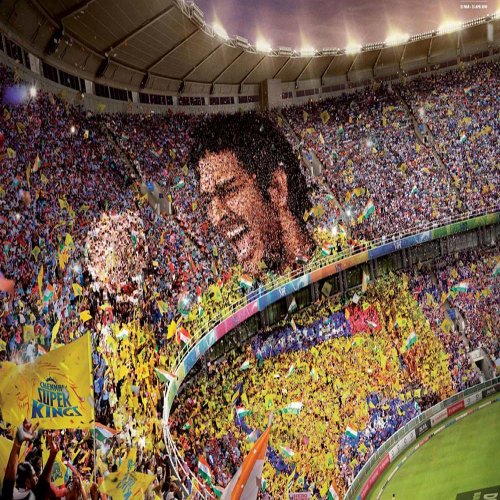 Whoever once said emphatically that “It’s just not cricket”, a big shout-out for speaking too soon. She had not even seen the Indian Premier League (IPL), that crazy crossover between Mad Max and Terminator, with the glamour and lucre of a Las Vegas casino thrown in. The gentleman’s game invented by the stiff upper-lipped British to be played between lunch and afternoon tea is…well, no longer the pastime of lazy afternoons in the English countrywide.

Cricket is now a board game, played as much by corporate honchos in pinstripe suits in five-star hotels as much by tattooed gladiators with rippling muscles and hairdos in front of delirious spectators in modern-day Roman amphitheaters. Even Kerry Packer’s revolutionary day-night cricket league that introduced coloured clothing looks like kid’s play now. Yes, IPL is no cricket. But fans say it’s even better. Those who run the league say everyone’s a winner. And no one seem to have enough of this money-minting, glamour-fuelled event that defies cricket’s very grammar and language.

And that is not exactly a pretty scenario for the world of cricket. Just a dom­estic T20 tournament run by the Board of Control for Cricket in India (BCCI) is becoming bigger than the sport itself, threatening its very foundations and opening up new fault lines in cricketverse. The temporary halt to IPL 2020 due to the global coronavirus pandemic has put the premier T20 event on a potential clash-path with the International Cricket Council (ICC) T20 World Cup which is due later this year; in the original scheme of things, the World Cup was to follow IPL. For all practical purposes, a global event outweighs any domestic tourney.

But not IPL. And certainly not the BCCI. The IPL’s sheer financial might is threatening to reschedule the World Cup and leave the ICC’s calendar in complete disarray. With the sporting world staring at an uncertain future, BCCI could even ride its cricket riches to gain tacit control of the international cricket ecosystem, specifically the big boards in financial distress.

Money Matters
If it had gone as per script, this would have been the sixth of the eight-week tournament. The IPL is the only T20 domestic tournament in the world that wins world-wide favour because boards get a 20 per cent share of an overseas player’s fee to ensure availability and appearance. By rough estimates, IPL pays Rs 40 crore ($5.3 million) to these boards every season. For the financially weaker boards like West Indies and South Africa, this is decent money. For example, the Australian Cricket Board will get 20 per cent of the record Rs 15.5 crore, the fee that Kolkata Knight Riders has budgeted for Aussie speedster Pat Cummins.

No wonder players get rather dizzy at the very mention of IPL. “Let me confess something. IPL is where I get the most goose bumps when I am playing cricket. I get that in the CPL (Caribbean Premier League) as well, but when it comes to playing in the IPL, especially at Eden Gardens, there is no comparison to that crowd,” big-hitting West Indies star Andre Russell was quoted as saying recently.

In spite of the lockdown and uncertainty over resumption of competitive sports, the BCCI is clearly not ready to sacrifice its cash cow to a pandemic that has already jammed brakes on the Formula One season, shown the world’s top soccer leagues a red card, served a historic shock to All England Club that hosts the Wimbledon and robbed thousands of athletes a chance of winning an Olympic medal at the Games in Tokyo this summer.

IPL is now among the top five leagues in the world in terms of broadcast rights fee per match. The financial implication of not having an IPL is huge for both BCCI and the eight franchises. Even by modest estimates, BCCI stands to lose Rs 3,065 crore from broadcasters STAR, about Rs 440 crore of title sponsorship from Vivo and another Rs 200-odd crores from associate sponsors.

After deducting cost (roughly Rs 500 crore) for staging the IPL, that mainly covers TV production cost, the BCCI shares 50 per cent of its revenue with the franchises. Thus, teams get approximately around Rs 200 crore each though they have to return 20 per cent of their total revenue to the BCCI.

Chess Board
Unlike most other cricket boards, BCCI’s financial health is in very good shape. Since 1997, after Jagmohan Dalmiya became the first Indian president of the ICC, the world body saw an exponential growth in riches. Dalmiya intelligently navigated the alleys of power with his keen business acumen and ability to keep the ‘white’ boards happy.

Once the idea of selling television rights to private broadcasters was approved by the BCCI, much to Doordarshan’s chagrin, major tobacco, cola, automobile and electronic brands made a beeline to associate themselves with Indian and world cricket. Cricket was never going to be the same again. Money started making the game dance.

The birth of IPL in 2008 only made things rosier for BCCI. It needed the vision of another businessman, Lalit Modi, to take Indian cricket to an ent­irely different level. Cricket and Bollywood came together to catch the attention of a new breed of sport lovers for whom the purity of the game was irrelevant. As top and unknown players started hitting jackpots, IPL grew in stature, shattering doubts about its durability and commercial sustenance. Reports of match-fixing and betting scandals barely scratched the behemoth called IPL.

What was shrewd tactics by Dalmiya probably translated into arrogance when N. Srinivasan became ICC’s first chairman in June 2014. As the most powerful man in world cricket, Srinivasan floated a ‘big three’ model that would eventually give India, Australia and England the lion’s share of ICC’s revenue. India wanted a whopping US$ 570 million over an eight-year cycle (2015-23) but Srinivasan’s plans failed to see light of day.

It was because of the IPL that Srinivasan came to grief. His son-in-law Gurunath Meiyappan, a team owner of Srinivasan’s Chennai Super Kings, was indicted in the 2013 IPL betting and match-fixing case and the Supreme Court ordered Srinivasan to stay away from cricket. After a 14-month stint, Srinivasan was removed by BCCI from ICC.

His successor Shashank Manohar immediately consigned the Big Three model to the backburner and India, reckoned as a bully, were comprehensively beaten (13 votes to 1) after a revenue model based on equality, transparency and growth was gleefully accepted. In April 2017, based on forecasted revenues and cost, BCCI was to receive $293 million, England $143 million and Australia $132 million over eight years. BCCI, of course renegotiated the deal under the Supreme Court-appointed Committee of Administrators and pushed its share up to $405 million, about 28.3 per cent of ICC’s revenue.

ICC’s snub in 2017 clearly hurt BCCI’s pride. India have never seen Manohar as an ally and the new BCCI regime under Sourav Ganguly and Jay Shah would surely like to see the back of Manohar once the Nagpur lawyer’s second two-year stint officially comes to an end in June this year. While Manohar can still seek a third term and remain a thorn in India’s flesh, BCCI sniffs a great opportunity in this crisis period to demonstrate its power behind the scenes and in the long run, muscle in Srinivasan’s 2014 Big Three model of revenue sharing.

“To grow cricket, India had to be in the leadership role. There was no big three or small three model but what we proposed was a division of revenue that was no different from the International Olympic Committee’s where the US gets a higher percentage. A larger market contributes to more revenue and for a country of 1.3 billion (India) and some other country getting the same share was not justified,” says former IPL chief operating officer Sundar Raman, who was also the author of the big three document.

Insiders say the president-secretary combination of Ganguly and Shah has already started talking to the powerful cricket boards and influential ‘white’ ICC members. While India should easily win the trust of its Asian allies like Sri Lanka, Afghanistan and Bangladesh, to convince Pakistan to cancel the Asia Cup in September and make room for the IPL will be a major challenge.

If the ICC does decide to postpone the October-November World T20 in Australia, to February next year, then BCCI will have a lot of bandwidth to org­anise a full IPL. The government, which collects 33 per cent of IPL’s revenue as tax, may not be averse to giving BCCI the nod. The ICC is still not sure if Australia can guarantee the safety of 15 overseas nations in the wake of the pandemic. A decision on World T20 is expected in July.

While the BCCI waits for the government to lift the lockdown and allow for public hosting of sports, hectic backroom parleys are already on to find solution to rejig the international calendar in a bid to offset the major fin­ancial losses. England and Australia have already announced that they are in financial distress and the future is not looking good. Both major Test playing nations are counting on India to bail them out.

White Man’s Burden
Cricket Australia, which has already suffered a $20 million hit and is staring at a loss of “hundreds of millions of dollars” if it is unable to host the T20 World Cup, wants India to play an additional fifth Test when Virat Kohli’s men travel Down Under in November-January 2021. In a first, all five Tests could be played at the Adelaide Oval and behind closed doors. According to reports, Cricket Australia’s cash investments worth about $270 million in 2016 crashed to $97 million in March this year. Despite signing a landmark broadcast deal worth $1.2 billion in 2018, CA has executed savage 80 per cent salary cuts and stand down orders on its staff till at least the end of the financial year.

Cricket in England is suffering more than it did during the two World Wars. According to the ECB, an entire season without cricket will affect the board in excess of $372 million. The English board is pumping in $75.5 million to save the Counties from sinking. And on April 30, the ECB postponed its ambitious and innovative ‘The Hundred’ programme until 2021 due to the coronavirus pandemic. The 100-ball competition was to begin on July 17 and end August 15. Players involved were set to earn as much as $156,000 (about Rs 1.18 crore) each. The tournament will now be launched in the English summer when the Indians come to play a Test series.

With BCCI keen to re-establish its control on world cricket, lot of compromises and adjustments are clearly in the offing. As long as the IPL doesn’t suffer, India will be game to run an extra yard to comfort its global partners and demonstrate its supremacy in world cricket both on and off the field.

Tailpiece: Is cricket a dirty game? In a sport where players rub spit and sweat on a ball and pass it around, how safe it the game in the wake of the COVID-19 pandemic? Can players keep safe distance on the field? What about high fives and the Dab dance? Will cricket be the same again?. #KhabarLive #hydnews #IPL2020 #BCCI #Cricket

Want To Be A NIA Trained Journalist?