India is in the thick of election season, and tall promises and pretty sops are raining down faster than you can say “Lok Sabha”. The latest offering came from Congress President Rahul Gandhi while he was having an informal interaction with the students of Stella Maris College for Women in Chennai.

Dressed in a blue t-shirt and faded blue jeans, Rahul dimpled charmingly at the huge assembly of young women — many of them first-time voters — and asked them to address him as “Rahul”, rather than a formal “Sir”. 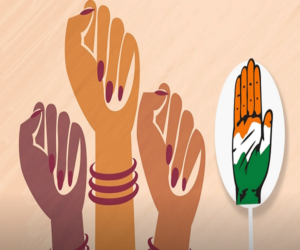 It was not merely a guy-next-door charm offensive, though. Rahul sounded earnest and emphatic and used the occasion to make a big-bang poll promise. He said that if the Congress were voted to power, it would not only pass the Women’s Reservation Bill (which has been in limbo since 2008), but also reserve 33 percent of government jobs for women.

Rahul Gandhi’s Pro-Women Pitch Is Fine, But Is His 33% Govt Job Quota Pledge Feasible?
There was nothing new about Rahul reigniting that old pledge to pass the Women’s Reservation Bill, which guarantees 33 percent representation for women in Parliament and the state legislatures. Most political leaders do the same thing from time to time.

It’s their way of showing commitment to the cause of women, whenever there is need for such commitment to be shown. And then, they proceed to forget about it, which is why the Bill lapsed in 2014 and has been in coma ever since.

But what to make of Rahul’s promise to reserve 33 percent of government jobs for women? How does the Congress president propose to put that plan into action? Was it a well thought-out announcement with a feasible strategy, to wedge a quota for women into the minefield of an already existing 49.5 percent reservation in government jobs? Or, was it just another jumla — a high-blown promise of largesse, that will evaporate once the votes have been counted? 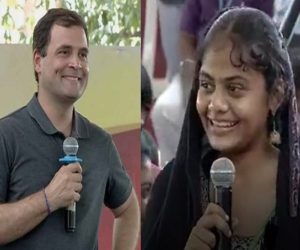 Election Promises that Evaporate
Regrettably, such grandiose announcements have become par for the course when Indian politicians get into campaigning mode. In January this year, the BJP-led NDA government at the Centre announced a 10 percent reservation in educational institutes and government jobs for the economically backward.

It rammed the legislation through in Parliament and no party dared to oppose the move, lest it be considered hostile to this particular vote-bank.

Everyone knew that the new quota was likely to be struck down by the Supreme Court because it goes against the tenets of social justice, which has been the constitutional rationale for reservations. But, of course, by then the elections would be over and the BJP would be seen to have been a benefactor to India’s poor.

Both Govt & Opposition Have ‘Announce First, Think Later’ Attitude
The Congress parried the ruling party’s thrust of 10 percent additional reservation, by announcing a minimum income programme for the poor. However, the details as to how this would work were left fuzzy. Not to be outdone, in the interim Budget, the government announced a direct cash transfer of Rs 6,000 per year to nearly 120 million small and marginal farmers. 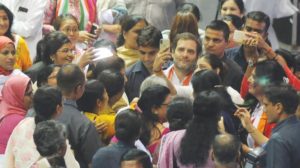 It blithely ignored questions as to whether such a paltry sum of money would make any dent on rural distress. It was undoubtedly a sorry piece of tokenism, but in the government’s book, it bolstered its pro-poor narrative. And that’s all that mattered.

Campaign promises are an integral part of the electoral process in democracies all over the world. That’s how the system works.

But there seems to be a hint of ad hoc-ism, of an almost cavalier attitude on the part of both the ruling party as well as the principal Opposition, when it comes to announcing major policies.

The attitude seems to be — ‘announce first, think later’. Both seem intent on claiming the news cycle with a sensational policy decision — its details, pros and cons, viability or otherwise seem to be of peripheral concern. 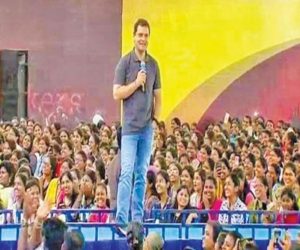 Women — A Crucial Vote Bank
As for Rahul’s glib promise to reserve 33 percent of government jobs for women, he understands, as do all parties, that women are a crucial vote bank. They may be shamefully under-represented in politics — women constituted 12.6 percent of the Lok Sabha after the 2014 elections — but their participation in the electoral process has seen a phenomenal rise in recent times. In 1962, the gap between the turnout of male and female voters was 15 percent. In 2014, the gap had narrowed to just 1.5 percent — 65.63 percent turnout of women voters, compared to 67 percent for men.

Women could throng the polling booths in still larger numbers in 2019. Television journalist Prannoy Roy and election researcher Dorab Sopariwala’s book, The Verdict, states that in the assembly elections of 2017 and 2018, voter turnout for women was as high as 70 percent as compared to 43 percent among men.

Today, women can sway the outcome of an election. Hence measures for their upliftment and welfare are not just a social good — they could determine how a party fares at the hustings. And savvy politicians realise that. They realise that female voters may no longer equate empowerment with gifts of pressure cookers and LPG connections. They want more. They want economic and political power rather than deification in the kitchen. 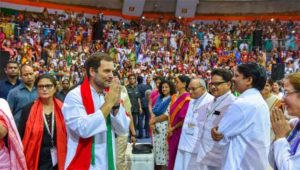 Odisha and Bengal Govt’s Pro-Women Stance
Earlier this week, Odisha Chief Minister Naveen Patnaik and West Bengal Chief Minister Mamata Banerjee took substantive steps to ramp up women’s representation in the upcoming general elections. While Patnaik declared that women would comprise 33 percent of the candidates fielded by his party, the BJD, for the 21 Lok Sabha seats in Odisha, Banerjee announced that 41 percent of Trinamool Congress’s candidates for the 42 seats in West Bengal would be women. 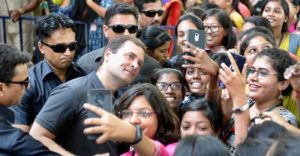 Will Rahul Gandhi make a similar push for women when his party declares its list of candidates? If he cannot, then why talk about the far more difficult task of instituting a 33 percent jobs quota for women in government? While good intent is good — actionable intent is better. #KhabarLive