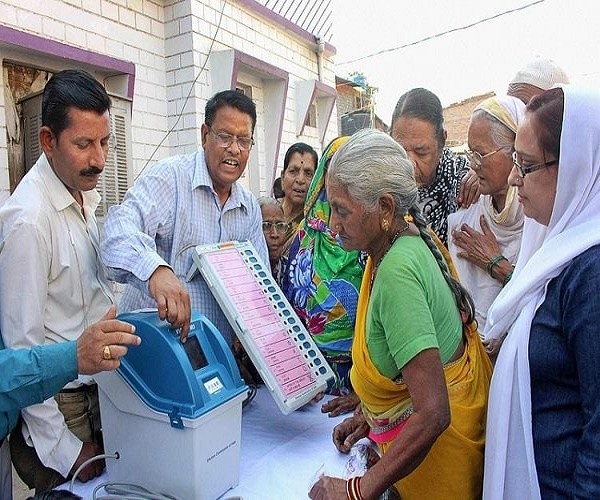 When Telangana goes to poll on December 7, many voters – possibly several lakhs of them, whose names were deleted from the rolls by the Election Commission’s purification process, will not be able to exercise their democratic right to vote. The voter-deletion, of about 27 lakh voters in the state, was done using an error-prone software which mapped Aadhaar data with voter IDs, and in many cases, without following due process and without voters’ consent.

While some among these voters might have reapplied for their voter ID and made it back into the rolls, many remain unaware that they have been deleted from the electoral rolls and will find this out only on the day of elections. Members of the opposition in the state allege that this large-scale voter deletion was done at the behest the TRS to disenfranchise those who have been profiled by the government as opposers of TRS.

It all began in 2015, when the Election Commission of India undertook the National Electoral Roll Purification and Authentication Programme (NERPAP), an exercise meant to ‘purify’ state electoral rolls of duplicate and bogus voters by linking Aadhaar with Electoral Photo ID Card (EPIC) aka voter ID cards. The process that began in March 2015 was put to an end by the Supreme Court in August in the same year, but by then the Telangana State Election Commission had deleted 27 lakh voters from the rolls already.

Today, the number of voters in Telangana stands at 2.73 crores, down from 2.82 crore voters in 2014 – a difference of 9 lakh voters. The EC claims these 9 lakh voters are those who had shifted out of Telangana to Andhra Pradesh after the state bifurcation in 2014, and that many of the deletions were of bogus and duplicate voters, or dead persons.

Meanwhile, the state EC also added 12 lakh new voters to the electoral rolls this year, many among them being first-time voters who have just turned 18 years of age. It also includes those who were earlier deleted from the electoral rolls as part of NERPAP.

#KhabarLive met with many voters who were deleted from electoral rolls in 2015 and had to register as new voters. None of the deleted voters #KhabarLive spoke to had received any notice from the state EC about them being deleted. There could still be several voters who remain unaware that they are not in the voter rolls.

Suo motu deletion?
NERPAP uses a computer software which maps Aadhaar data with EPIC data to cull out bogus or duplicate voters, but the task of preparing and revising electoral rolls rests with the Electoral Registration Officers (ERO). The EROs can amend, transpose or even delete a voter, but only after following due process.

As per the process prescribed by the ECI, if the ERO intends to delete a voter, the official has to give a ‘reasonable opportunity to the voter who is being deleted by sending notices to the voter along with form-6, a document meant to reapply for deleted the voter ID’.

These notices were to be delivered by Booth Level Officers (BLOs) supervised by the EROs, who are in turn supervised by the District Election Officers (DEOs). Even after deletion, the BLOs are to visit the residence where the notice was served and collect the form-6 document, in case the voter reapplies.

Allegations are that due process was not followed for at least some of the 27 lakh voters deleted from electoral rolls in Telangana, and that these voters were deleted by the EROs solely based on the results of the software. The categories under which the suo moto deletions were done were shifted houses, dead, duplicate, ineligible and if the door locked. RTI documents reveal this has been known to happen in Delhi and Bihar, and activists say that without transparency in the Telangana process, we cannot be sure that this has not happened in Telangana too.

Even so, these allegations aren’t without evidence. Marri Shashidhar Reddy, senior Congress leader and four-time MLA from Sanathnagar constituency told #KhabarLive that when he visited the GHMC ward office at SR Nagar in 2015, he stumbled upon 22,000 unserved notices lying around in the office.

“The papers were lying around in the backside veranda of the office. I went there and found heaps of unserved notices from that office. I gathered 22,000 unserved notices and loaded them into my car as the officers there were annoyed with the piled-up documents. I then produced these unserved notices to the ECI,” said Reddy, “These notices were to be served to the voters who were going to be deleted from the electoral rolls under NERPAP, but they were never delivered to the voters by the BLOs. This happened sometime in the second week of October in 2015,” he added.

ECI sent a team to Hyderabad to look into the complaint of unserved noticed and found field verification of the 27 lakh deleted voters were not done and they were not served notices, the reverification order for the voters list was widely covered in the media at the time. “The officials found unserved notices everywhere,” added Reddy who estimates close to 40,000 to 50,000 voters were deleted from Sanathnagar constituency alone.

“The problem with the entire procedure of voter deletions or enrollment is the EC is not sharing details of how it serves notices to individuals. The Election seems to be automated this entire due process to an algorithm without further conducting door to door field verification by BLOs,” says Srinivas Kodali, an independent researcher working on the issue.

ALSO READ:  Why The Parties Switching Into Electoral Mode, Is Modi Govt Planned For 'Jamili'?

He adds, “This part of electoral procedure is completely non-transparent with no records publicly accessible on what and how EC is carrying out its job.”

The Problem with NERPAP algorithm
Experiences with the NERPAP software elsewhere in the country have not been encouraging, and that further highlights why due procedure not being followed in Telangana could be catastrophic.

During the pilot phase of NERPAP in Bihar in 2015, the software used to detect duplicates by the Bihar state election commission identified 37,54,648 voters as possible duplicate voters. However, after field verification, only about 2,47,789 duplicate voters were found to be duplicate and eventually deleted, shows an RTI document in possession with #KhabarLive.

After the field verification when the software was run once again on the updated electoral rolls, it again showed the existence of duplicates. The failure rate of the software was almost 93%, according to the Bihar EC.

So how many of the 27 lakh voters deleted by the Telangana state election commission were genuine voters?

The SRDH was populated through a state survey called the Samagra Kutumbha Survey. The SRDH was also used by the Telangana government to create the Integrated Information Hub (IIH) managed by the Hyderabad Police, that contains voter id data of all citizens.

According to Kodali, the mapped data with any state government could result in voter profiling, thereby selectively targeting voters while providing government benefits. Srinivas, in November this year filed a Public Interest Litigation (PIL) with the Hyderabad High Court seeking disclosure of the algorithm source code of the software used for identifying duplicate and bogus voters in Telangana and Andhra Pradesh.

On July 21, 2015, a political controversy broke out in Telangana when the Telangana chief minister K Chandrashekar Rao summoned the then State Chief Electoral Officer (CEO) Bhanwar Lal to the Chief Minister’s camp office for a meeting. This summoning of an official under the ECI by the chief minister was a violation of Section 13CC of the Representation of People’s Act.

At the meet, the CM requested the CEO to expedite NERPAP and delete bogus voters from Greater Hyderabad region – calculated to be 15 lakhs by the TRS. Various political parties then alleged collusion between the ruling TRS government and the CEO.

At the time when NERPAP was being implemented the District Electoral Officer (DEO) for Greater Hyderabad, to whom the EROs of a district report to, was Somesh Kumar who was also the Greater Hyderabad Municipal Corporation (GHMC) commissioner. Somesh, referred to as “the blue-eyed boy of TRS” by Shashidhar Reddy, was at the time supervising the execution of NERPAP for the 24 constituencies that come under greater Hyderabad. He was directly responsible for serving these notices to voters in the Greater Hyderabad region.

After the ECI enquiry into the unserved notices, Somesh was shifted out of GHMC towards the end of 2015, albeit temporarily, to the post of Principal Secretary of the Tribal Welfare Department. He later represented Telangana in the GST council and now handles Commercial Taxes and has an additional charge of the Excise Department.

Shahsidhar Reddy accuses KCR, Somesh Kumar and Bhanwar Lal of conspiring to delete voters from electoral rolls of 24 assembly constituencies under Greater Hyderabad where the TRS did not gain major support in the 2014 state polls. The TRS had won just three seats from these 24 constituencies, while seven seats were won by AIMIM and 14 seats were won by the TDP.

Somesh was unavailable for a comment. Bhanwar Lal refused to comment on anything related to Telangana elections and NERPAP implementation.

Moullim Mohsin Alkasary, a High court advocate, claims there are as many as 3,22,476 duplicates/bogus voters in Telangana, out of the then 2.82 crores voter population in the state. He came upon this number after having inspected state EC documents related to NERPAP using RTI, he says.

“I have been fighting to bring transparency in the electoral rolls from 2003, but people don’t care nor do they understand why it is important to care,” says Mohsin, who claims that the state EC headed by Banwar Lal had completed 98 % of NERPAP in Telangana and Andhra Pradesh before the process was suspended by the SC.

When the present state CEO Rajath Kumar was alerted about the discrepancies, he assured the matter will be looked into. Election Commissioner of India OP Rawat, when asked about bogus voters still present in the electoral rolls, responded by saying, “Most of the problems we found were with duplicates. Many times, we had to manually scan and remove duplicate voters.

Some cases, there were errors which we rectified using all the technology available to us. We have resolved most of the complaints that we have received”. He, however, admitted that bogus voters were still present in the electoral rolls that Telangana will be using for the upcoming state elections. #KhabarLive

#WorldCancerDay2019: With Lifestyle Changes, Cancer Can Be Prevented