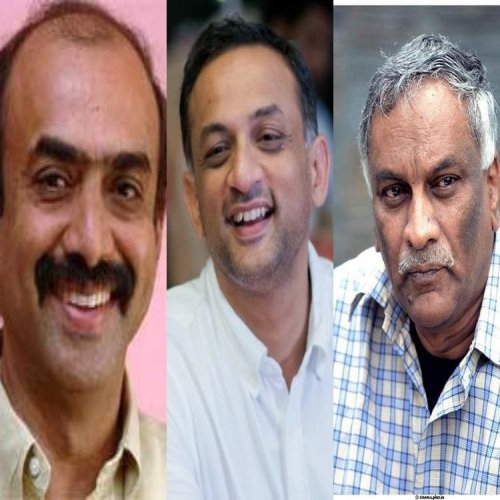 With the lockdown due to coronavirus delaying film shootings in Tollywood, producers are unsure if their insurance policy would be of any use during such situations, given the unprecedented circumstances.

Insuring movies is a new trend in the industry, and as of now, it is limited only to major movies, say industry insiders.

Speaking to #KhabarLive, Daggubati Suresh Babu, Telugu film producer and Managing Director of Suresh Productions, says, “Films that are insured will probably have a small advantage. We all are trying to figure out what we can do.”

“Normally whenever there is an act of nature and the shootings get delayed because of that, there would be a small refund that they give us. But during this lockdown, we have to see, as it’s the first time,” he adds.

All shootings in Tollywood came to a complete halt on March 16 after a meeting among the film fraternity. The decision was taken as film sets of big budget films see hundreds of people working in close contact.

“We have all started writing to the insurance companies, but we still haven’t got any response from them as the lockdown period is still going on. Everything is still haphazard,” Daggubati Suresh says.

“All the bigger films normally have insurance. As all the offices are shut down and shootings have been delayed, there is a serious loss and we don’t know how insurance companies are going to work this out,” he adds.

Suresh Productions is working on two films, Narappa and Virataparvam, both of which are insured.

“Typically, we have lost shooting days due to rain, damage to sets due to fire or weather. We also have accident insurance for workers etc. We have insurance coverage if a film has to be scrapped due to various reasons, but I have to check the fine print on what the clause is in this kind of situation where shooting is delayed indefinitely,” Shobu Yarlagadda, the producer of Baahubali, tells #KhabarLive.

“The interest burden will have to be absorbed by the producers as additional cost of the project and budgets will increase. Delays like this don’t fall under damage or destruction,” he adds.

There are several small films due for release which have also been delayed such as Orai Bujji and 30 Rojullo Preminchadam Ela. Several lakhs have been spent on promoting these films.

Bigger movies for which the shoot has been disrupted include SS Rajamouli’s RRR and untitled movies by Chiranjeevi and Prabhas.

Producer Vivek Kuchibotla’s Nishabdam starring Anushka, and another film A1 Express, have also been delayed. Of these two, A1 Express has been insured.

Speaking to #KhabarLive, Vivek says, “We are not sure whether this kind of lockdown situation would be included under the insurance policy or not. With these delays, the burden of interest would be on the producers.”

He further says, “India’s policies regarding insurances are not proper. These are the same policies from the stage of reel films to digital format. There are no tailormade laws.”

However, the film insurance trend is limited to only major movies.

Popular Telugu film producer Tammareddy Bharadwaj, whose latest movie Palasa 1978 was doing well in theatres before the lockdown, says, “Not many movies have insurance and it’s not easy to claim it as well. It comes down to an argument on whether it is an ‘act of god’ or not.”

“Everybody is facing losses, it’s just not the film industry alone. We will also sail through and it’s not fair to lament about losses when we are not the only ones in this crisis,” adds the producer.

KL Damodar Prasad, film producer and Secretary of Telugu Film Chamber of Commerce, says, “It’s difficult to say at this stage, whether insurance would cover this kind of lockdown situation or not. And moreover, 80 percent of the films are not insured at all and that’s how it’s been working.”

He explains that though Tollywood is termed as an industry, it does not have all the features of an ‘industry’, as there are no fixed rules and policies.

“Moreover, being in the creative field, the delay of the shooting is in itself a major loss due to the interest burden. We have to wait and see how things turn out after the lockdown. We have to be ready for big losses,” he admits.

Meanwhile, when #KhabarLive spoke to an official in the field of film insurance, he says that even they were not sure on the procedure, as they do not have any specific guidelines regarding such situations.

“However, whenever there are delays, there would be an option to extend the policy deadline by paying some amount depending on the movie,” he notes. #KhabarLive