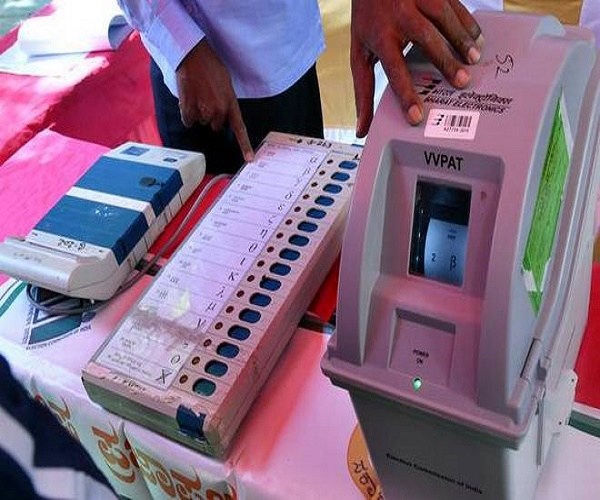 How will the Election Commission ensure a tamper-proof counting process in the coming Lok Sabha election? The story so far: The Election Commission indicated to the Supreme Court that if the 50% Voter Verified Paper Audit Trail (VVPAT) slip verification is carried out, it will delay counting by six days. Twenty-one Opposition parties had moved the Supreme Court against the EC’s guideline that VVPAT counting would take place only in one polling station in each Assembly segment in the coming Lok Sabha election.

What is the VVPAT and how does it function?
The Voter Verifiable Paper Audit Trail device is an add-on connected to the Electronic Voting Machine. It allows voters to verify if their vote has indeed gone to the intended candidate by leaving a paper trail of the vote cast. After the voter casts his or her mandate by pressing a button related on the ballot machine (next to the symbol of the chosen party), the VVPAT connected to it prints a slip containing the poll symbol and the name of the candidate.

The slip is visible to the voter from a glass case in the VVPAT for a total of seven seconds and the voter can verify if the mandate that s/he has cast has been registered correctly. After this time, it is cut and dropped into the drop box in the VVPAT and a beep is heard, indicating the vote has been recorded.

Will VVPAT silence those sceptical of EVMs?
Prior to voting, the VVPAT unit is calibrated to ensure that the button pressed on the ballot unit of the EVM is reflected correctly on the printed slips by the VVPAT. The presence of the slips that correspond to voter choice on the EVM helps retain a paper trail for the votes and makes it possible for the returning officer to corroborate machine readings of the vote.

The VVPAT machines can be accessed only by polling officers. The units are sealed and can be opened during counting by the returning officer if there’s a contingency. The VVPAT has been a universal presence in all EVMs in the Assembly elections from mid-2017.

Only a few VVPAT machines are tallied to account for the accuracy of the EVM. Currently slips in one randomly chosen VVPAT machine per Assembly constituency are counted manually to tally with the EVM generated count. The EC has stated that VVPAT recounts have recorded 100% accuracy wherever it has been deployed in Assembly elections.

Why is the VVPAT necessary?
The EC began to introduce EVMs on an experimental basis in 1998, and it was deployed across all State elections after 2001. EVMs have made a significant impact on Indian elections. Prior to the deployment of EVMs, elections were held with ballot papers. In some States, the election process was vitiated by rigging, stuffing of ballot boxes and intimidation of voters. Besides this, ballot paper-based voting resulted in the casting of a high number of invalid votes — voters wrongly registering their choices instead of placing seals, and so on.

The EVMs allowed for elimination of invalid votes as the voting process was made easier — registering the vote by pressing a button. It also allowed for a quicker and easier tallying of votes.

Cumulatively, the tallying and elimination of invalid votes reduced the scope for human error. Secondly, the EVMs made it difficult to commit malpractices as they allowed for only five votes to be registered every minute, discouraging mass rigging of the scale that was seen in earlier days when ballot papers were used.

That said, there have been questions raised about the security of the EVMs and whether they can be manipulated and tampered with. The EC has addressed the possibility of tampering by gradually introducing newer security and monitoring features, upgrading EVMs with technological features that allow for dynamic coding and time-stamping of operations on ballot units and later, features such as tamper-detection and self-diagnostics.

Furthermore, there are administrative steps that prevent EVMs from being stolen and tampered with. The introduction of the VVPAT adds another layer of accountability to the electoral process. The recount rules out any EVM tampering, despite the safeguards, through an “insider fraud” by EC officials or EVM manufacturers.

What problems have been encountered?
In the initial phase of VVPAT implementation in the Lok Sabha by-elections in States such as Uttar Pradesh, Bihar and Maharashtra and the Assembly election in Karnataka, there was a high rate of failure of VVPAT machines due to manufacturing glitches. In the Lok Sabha by-elections in 2017, the rate of VVPAT replacement, owing to glitches, was more than 15%, higher than the acceptable rates of failure (1-2%).

In Karnataka, the failure and replacement rate was 4.3%. Coincidentally, the failure rate of the EVM unit (excluding the VVPAT) was very low. These glitches also caused severe disruptions to polling.

To account for failure rates, the EC has tried to provide back-up machines to allow for swift replacement. The EC admitted later that the machines had high failure rates owing to hardware issues that occurred during the transport of EVMs and their exposure to extreme weather conditions. It sought to correct these problems by repairing components related to the printing spool of the VVPAT machines.

The deployment of many corrected machines in the Assembly elections held recently in Madhya Pradesh, Rajasthan and Chhattisgarh resulted in much reduced replacement rates (close to 2.5% in Madhya Pradesh and 1.9% in Chhattisgarh). This suggests that the EC is relatively better prepared to handle VVPAT-related glitches in the upcoming Lok Sabha election, where the VVPATs will be deployed in nearly 10.5 lakh polling stations nationwide.

Is the current rate of VVPAT recounts enough?
Political parties, primarily of the Opposition, have demanded a greater VVPAT recount than the one booth per Assembly/Lok Sabha constituency rule that is now in place. The EC responded to a plea by the Opposition parties in the Supreme Court that there was a need for 50% VVPAT recount, saying such an exercise would delay the counting by six days.

Statistically speaking, it does not require a 50% sample to adequately match VVPAT tallies with those of EVMs. The Indian Statistical Institute, Kolkata, has presented a report on possible and appropriate VVPAT counts to the EC, in which it said a sample verification of 479 EVMs and VVPATs of a total 10.35 lakh machines would bring the level of confidence in the process to 99.9936%.

The logic behind counting only one booth per constituency in each State stems from the understanding that there are nearly 10.35 lakh polling stations and 4,125 Assembly constituencies in the country.

By counting the slips in at least one VVPAT in each Assembly constituency, the EC argues, a relatively high sample size of the EVMs (0.5%) is verified. Critics have argued that this sample size is not enough to statistically select a potentially tampered EVM within a high confidence level and adjusting for a small margin of error (less than 2%) as the unit of selection must be EVMs in each State rather than the entire country as a whole.

One suggestion, by the former bureaucrat Ashok Vardhan Shetty, is for adjusting the VVPAT counting process to factor in the size of the State, population of the constituency and turnout to account for a higher confidence level and a low margin of error.

Faith Healing In The Bustling Lanes Of Nizamuddin In Delhi