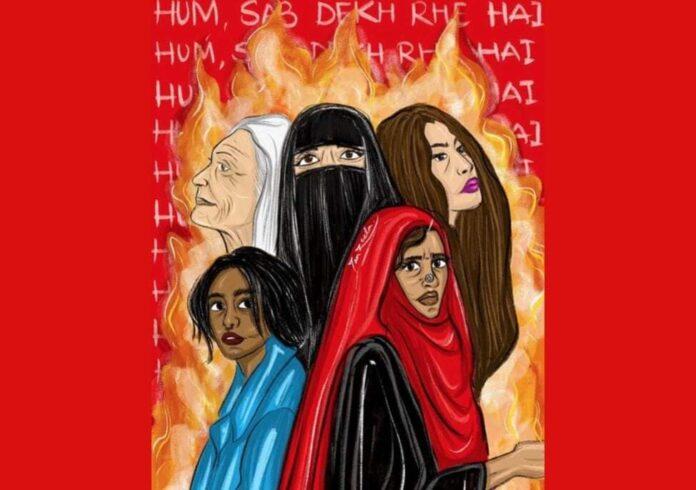 Over 1,000 women—including activists, lawyers, writers, anganwadi workers and academics—along with 18 national networks have written a letter to Chief Ministers of all states, requesting them to delink the National Population Register (NPR) from the Census house listing, stating “NPR presents a clear danger to women”.

Prominent women’s rights activists including Annie Raja, Farah Naqvi, Anjali Bhardwaj, Vani Subramaniam and Meera Sanghamitra, among others, released the letter at a press conference in Delhi on March 17, which was sent to Chief Ministers of all states in the morning.

“We write to you as Indian women who are opposed to the proposed National Population Register (NPR). Women constitute nearly 50% of India’s population, and this opposition is based on clear evidence from our own lives,” reads the letter.

It further states that all women, irrespective of caste and religious community, will be affected by the NPR-NRIC exercise “that puts all our citizenship rights to test, in an arbitrary and frightening manner.”

Women and children from adivasi communities, dalit women, muslim women, migrant labourers, small farmers, the landless, domestic workers, sex workers and transgender persons, will all be at “grave risk of being disenfranchised”, the letter claims.

With the updation of the NPR scheduled to begin from April 1, 2020, alongwith house listing of Census of India 2021, the state governments of Kerala and West Bengal have already issued executive orders to stay all activities associated with the NPR exercise. Meanwhile, Rajasthan and Jharkhand state governments have given orders for only the Census to be rolled out from April 1.

“Why we have written to the Chief Ministers is to say that they should use their administrative powers to delink the two and certainly look at ways of also ensuring that this does not throw the population, and especially the women, into this tizzy of focusing on trying to get their papers together,” Amrita Johri, a social activist based in Delhi and one of the signatories to the letter told #KhabarLive.

Speakers at the press conference appealed to the state Chief Ministers to “protect the sanctity of the Census operations” and send out enumerators only with the census schedule. The women also requested them to safeguard citizens and ensure “no punitive action against anyone engaging in a boycott of the NPR”.

“Women often do not have land or property in their names, have lower literacy rates, and leave their natal homes upon marriage with no documents in tow. In Assam, a vast majority of the 19 lakh, left out of the NRC, are women. That is the reality,” Annie Raja said at the press conference.

Citing the example of the NRC exercise in Assam, Johri stated that estimates suggest over 70% of those excluded from the final list were women. “Nothing saved them – panchayat certificates linking them to original ‘legacy’ holders were often rejected,” the letter claims.

“If you look at the context of this,10-20 years ago, the rate of institutional deliveries of children was also extremely low. So you are talking about a time in society when one did not pay too much heed to maintaining certain documents,” Johri added.

“So to suddenly expect that everyone will be able to produce the necessary paperwork to convince the enumerators that they are indeed citizens, is highly unlikely and unrealistic. And it is likely to lead to a lot of distress,” Johri told #KhabarLive.

While addressing the Rajya Sabha on March 12, Union Home Minister Amit Shah attempted to quell the growing anxiety over the impending NPR exercise by stating that no individual will be categorised as a “doubtful” citizen. He also said that no one will be forced to produce documents for the NPR.

The women’s letter however states that “this assurance carries no legal sanctity, until the relevant statutes and rules are formally amended.” Anjali Bhardwaj, while speaking at the press conference, stated that Section 14A of the Citizenship Act and the 2003 citizenship rules clearly provide for using NPR data to create the National Register of Indian Citizens (NRIC).

“Unless the necessary laws are amended, which means the Citizenship Act Section 14A, which means the citizenship rules… then the Home Minister simply saying that no one will be marked as doubtful actually carries no weight,” Johri told #KhabarLive.

Johri also expressed concern over local registrars being vested with the power of compiling the NRIC from the information received through the NPR exercise. “That actually opens up this whole issue of the local registrars suddenly having this immense power with very little oversight to prevent corruption and to prevent abuse of power,” she said.

“Women are going to be specifically impacted and this is not just a specific community or specific religious identity,” Johri told #KhabarLive. “It is the women at large and the poor and marginalised who will be deeply impacted by this. Therefore, this needs to be stopped,” she said. #KhabarLive

Why The Haj Committee of India Earns Interest On Pilgrims’ Money,...

Reminiscing The Nizam’s Enormous Service To Education Sector In Hyderabad