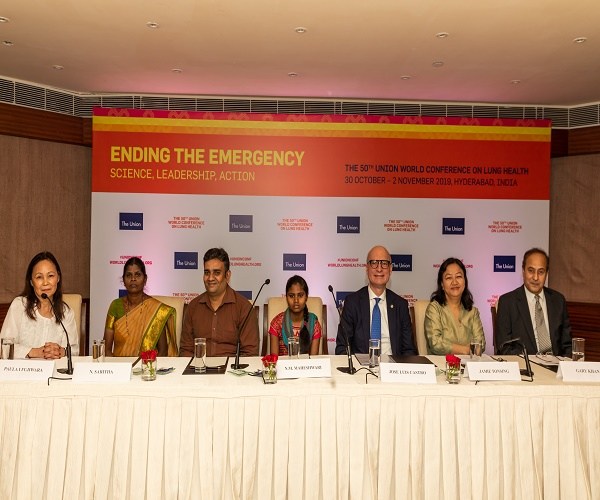 Telangana capital city Hyderabad will host the 50th Union World Conference on Lung Health, the first time India has held the event in its current format. The conference is hosted by the International Union Against Tuberculosis and Lung Disease (The Union), the world’s first global health organisation.

Some 6000 delegates – political leaders, doctors, researchers, nurses, celebrities and activists– expected to attend the four-day event in India has the highest prevalence of tuberculosis (TB) globally and seven of the 10 most polluted cities in the world.

The announcement was made today in Hyderabad ahead of #WorldTBDay (24 March), and against the backdrop of Indian Prime Minister Narendra Modi’s commitment to eliminate TB in India by 2025, five years ahead of the official United Nations (UN) target set for 2030.

The conference theme Ending the Emergency: Science, Leadership, Action focuses on what is needed to ensure commitments become action, and that lifesaving targets are met. The theme resonates strongly with TB, but it also raises awareness that all threats to lung health – TB, air pollution, tobacco and many more – are emergencies that our science, leadership and action need to meet head-on.

Some 6000 delegates – political leaders, VIPs, the United Nations family, doctors, researchers, nurses, TB survivors and national and international media – are expected to attend the event at the Hyderabad International Convention Centre from 30 October to 2 November, making it the largest international health conference ever to be held in Hyderabad. The Hyderabad Convention Visitors Bureau (HCVB) was instrumental in bringing the conference to the city, liaising closely with government officials, private sector representatives and lung health professionals. The HCVB, led by CEO Gary Khan, will support and assist The Union in facilitating the organisation of the conference.

José Luis Castro, Executive Director of The Union, said, “We are honoured to be coming to India and it is our hope that the conference will provide continuing momentum in the drive to eliminate TB both in India and worldwide. The fight to beat TB is at an important crossroads, recognised by Prime Minister Narendra Modi’s commitment to end TB in India by 2025. India is at the heart of this battle and a fitting host country for the conference.”

The scale of the TB global health emergency has been acknowledged by the UN, which held the inaugural High-Level Meeting on TB in New York last September, culminating in a Political Declaration signed by world leaders committed to ending TB by 2030.

In 2017, 10 million people fell ill with TB and 1.6 million died from the disease. TB, a preventable and curable disease, now kills more people than HIV/AIDS and is the world’s largest infectious disease killer. India has the highest TB burden in the world with one in four people ill with TB globally residing in the country.

“I am delighted that the voices of my daughter and the entire community of people affected by TB including survivors will be heard at the Union World Conference,” said N Saritha of Hyderabad, whose 13-year-old daughter N N Maheswari was cured of TB. “We cannot end the TB emergency unless TB survivors are front and centre of the response,” said N Saritha.

The Union maintains a large South-East Asia office based in New Delhi and operates the largest TB programme in India – Project Axshya – which has cured some 70,000 people over the past five years and reached millions. It also runs tobacco control programmes across India and works on promoting solutions to air pollution in the country. 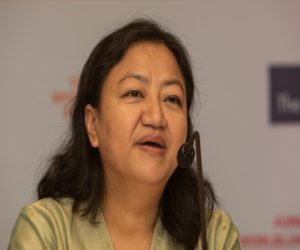 “With the world’s finest researchers presenting the latest scientific developments in lung health, the Union World Conference has the potential to be a game changer for the TB response in India and internationally,” said Dr Jamie Tonsing, Regional Director of The Union South-East Asia Office. “The Union World Conference will provide a global stage to openly discuss the progress made so far, and the challenges facing all of us who are committed to reducing the incidence of TB, tobacco use and air pollution levels.”

TB incidence in India has been declining at an annual rate of 1.7 percent since 2016 but it is estimated that it needs to fall by some 10 percent annually if the 2025 elimination target is to be achieved. In 2017 410 000 people died from TB in India, which was only a three percent drop on 2016 figures. Currently only 65 percent of TB patients in India are treated, which makes reducing the burden of the disease even more difficult, as people living with TB can also unwillingly transmit the disease further.

“So much of the work done to eliminate TB is undertaken at state government level in India, so we warmly welcome the opportunity to exchange ideas in such a prestigious international forum,” said Jayesh Ranjan, IAS, a senior official from the Government of Telangana.

In 2017, Telangana State reported 45,160 new cases of TB, with 30 percent of the total accounted for in the Hyderabad and Ranga Reddy districts.

About the 50th Union World Conference on Lung Health

The Union World Conference on Lung Health, convened by the International Union Against Tuberculosis and Lung Diseases (The Union), is the world’s largest gathering of clinicians and public health workers, health programme managers, policymakers, researchers and advocates working to end the suffering caused by lung disease, with a focus specifically on the challenges faced by low-and lower-middle income populations. Of the 10 million people who die each year from lung diseases, some 80 percent live in these resource-limited settings.

Organising international conferences on TB and related subjects has been a core activity of The Union since its founding in 1920. Twitter: @UnionConference 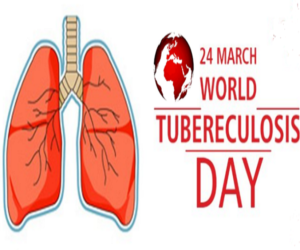 About the International Union Against Tuberculosis and Lung Disease (The Union)

The Union was founded in 1920 and is the world’s first global health organisation. We are a global leader in ending TB, we fight the tobacco industry, and we solve key problems in treating major diseases. We use science to design the best treatments and policies for the most pressing public health challenges affecting people living in poverty around the world. The Union’s members, staff and consultants operate in 147 countries and embody our core values of accountability, independence, quality and solidarity. Twitter: @TheUnion_TBLH

The Stage Set For ‘Hyderabad Literary Festival’ On Jan 27-29