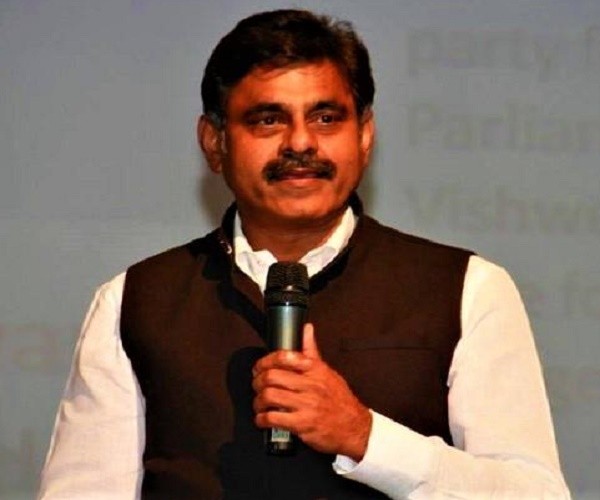 In a major development ahead of the Telangana Legislative Assembly Elections, Konda Vishweshwar Reddy, the sitting Telangana Rashtra Samithi (TRS) MP from Chevella, resigned from the party after weeks of speculations that he was going to quit. He also said that he would be resigning from the Lok Sabha. Reports also suggest that the senior leader may join the Congress.

In a three-page letter to TRS chief and incumbent Chief Minister K Chandrasekhar Rao, Vishweshwar wrote, “A separate Telangana was the aspiration of the people and a noble cause, as the people felt that the injustice meted out to them in the combined state of Andhra Pradesh would end…You had asked me to join the TRS party in 2013.

Acknowledging your leadership role in the history of the struggle, I did join the party. KT Rama Rao visited me many times and showed me the vision of a people-centric, ideology-based party…and hence, I joined with hope and enthusiasm.”

Vishweshwar then outlined how he had worked hard for his constituency. touring several places, representing the people who voted him to power in Parliament as well.

“Regretfully, based on multiple incidents, I began to feel (especially in the last two years) that we as a party were becoming more and more distant, from the very people, whom we had once represented extremely well. We, as a government were becoming inaccessible to the people,” the letter states.

“I was forced into a position of contemplating leaving the party despite the fact that today, TRS enjoys significant goodwill in the social circles that we are in. I thought long and hard about this step before deciding to take this major decision and analyzed the scenario by listing my disappointments at various levels,” he added.

ALSO READ:  It's All About 'Special Status Stunts' And Anger Towards Ignorance, It's A Fight For State Pride!

Vishweshwar also said that he had fought for the party when it needed him but he was now ‘powerless’ and could not ‘speak out’ and had also decided to resign from the Lok Sabha.

According to media reports, Vishweshwar is upset over the influence and lobbying of the family of incumbent Transport Minister Patnam Mahender Reddy in erstwhile Rangareddy District.

“I am personally very pained at the situation I am in and hope that you will understand my perspective. Not being a traditional politician, I cannot delink action and ideology, sense and sentiment. I sincerely hope to maintain a friendly and cordial relationship with you,” he concluded.

The incident comes as a big blow for the TRS ahead of the polls scheduled to be held in the state on December 7. #KhabarLive