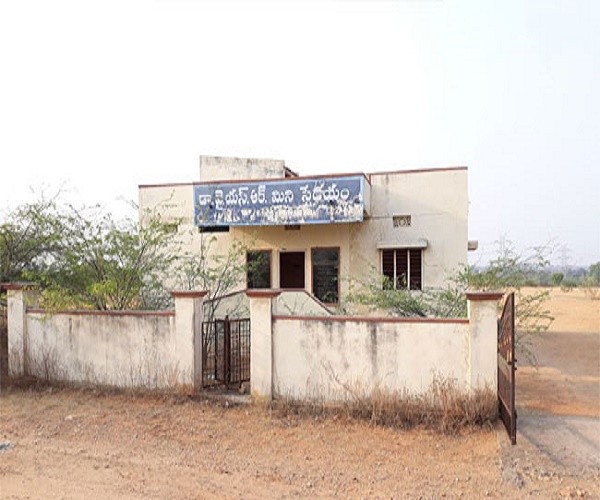 The dynamism of ruling and maintenance of perfect law and orders is the slogan of Telangana government, where many anti-social elements are growing under their teeths. The perfect example is Maheshwaram YSR stadium, where sports and games remained in history.

The YSR Stadium built at a cost of Rs 46 lakh in Kothaguda village of Kandukuru mandal of Maheswaram Assembly constituency became a favourite spot for the anti-social elements and for their illicit affairs.

According to reports, there is wild growth of bushes in the stadium making it unfit for playing games. The liquor addicts find the stadium as a convenient place to sustain their nefarious activities.

There were no instances of officials visiting the place to inspect the facility. Foundation stone was laid for the stadium in 2008 and was completed in 2010. So far, no sporting or games event has been conducted since the inauguration.

Sportspersons have been demanding the authorities to undertake repairs to the facility for the benefit of the youth. In fact, there is no approach road to reach the facility, located close to the Srisailam High Way.

Local residents are stressing the government to make this a useful to society not to grow the crime. Let’s wait and see, how government reacts to this report. #KhabarLive