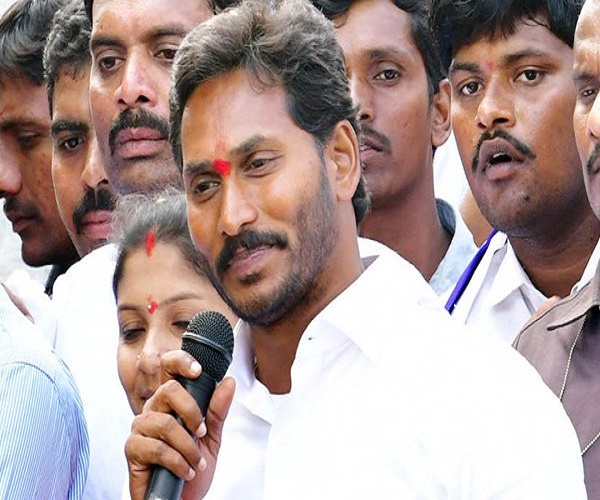 Opposition Leader YS Jagan Mohan Reddy came before National Media after a very long time. He spoke to CNN News 18 last night, probably to send the message straight to those in Delhi. Jagan opened his arms for BJP directly on the National Media. Jagan went on to claim that he is coming to Power the next time and is open to ally with BJP if they are ready to give the Special Category Status to Andhra Pradesh.

This comes as a shock to the party supporters as there is more than what the eye meets in this proposal. Jagan can never ally with BJP to irk his support base of minorities. At the same time, BJP is not going to give Special Status and at this time, giving an impression to the minorities that he is ready to embrace BJP will only defeat the actual purpose.

This is some sort of a Self Goal or Jagan may be under tremendous pressure to speak in favor of BJP to get some relief in various cases he is in. Or Jagan may be over-estimating the role of BJP in TDP’s victory in 2014 Elections and wants the same to himself this time. Whatever may be the reason, the advantage the alliance brings is nothing before the support of minorities he will be losing unless he has specific assurance on the cases. #KhabarLive

‘Cockfight Colosseum’ In Andhra Pradesh: A Banned ‘Blood Sport’ In A...

What Happens When ‘Film Stars’ Return As ‘Politicians’?

‘Mango A Day, Keeps The Heat Away’