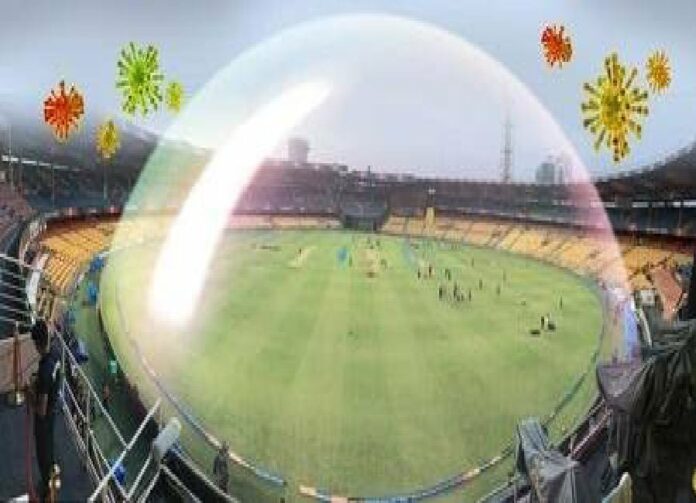 A bio-bubble is a safe and secure environment isolated from the outside world to minimise the risk of COVID-19 infection. It permits only authorised sports persons, support staff and match officials to enter the protected area after testing negative for COVID-19 during IPL 2021.

The Board of Control for Cricket in India (BCCI) will provide ‘bio secure bubbles’ in hotels, training sessions, matches and transportation. Naturally, individuals must be regularly tested, temperature checked with respective health reports filed accordingly.

As we watch IPL from our screens, the players we cheer for through every match will be encapsulated in a bio-bubble. We explain the technologies behind this growing concept

Yes, the pandemic has disrupted the sporting — and pretty much every other — calendar for 2021. All matches were played in a ‘bio-secure bubble’ or its more popular portmanteau ‘biobubble.’ And now, the Indian Premier League (IPL) in India.

Changing the plan to host IPL 2021 in only Mumbai and Pune and part of playoffs along with final in Ahmedabad, BCCI has now shortlisted six cities for this edition. Mumbai, Bengaluru, Chennai, Kolkata, Ahmedabad and Delhi are the top picks. Delhi was added later as Hyderabad was no longer an option.

A safe and secure environment that is isolated from the outside world to minimise the risk of COVID-19 infection, a bio-bubble permits only authorised sports persons, support staff and match officials to enter the protected area after testing negative for COVID-19. Naturally, individuals must be regularly tested, temperature checked with respective health reports filed accordingly.

The bio-bubble does not just limit itself to the pitch or field; it is, of course, mandatory that all entities partake in this new form of quarantine. The Board of Control for Cricket in India (BCCI) will provide ‘bio secure bubbles’ in hotels, training sessions, matches and transportation.

Additionally, different zones will be created for franchise team members, match officials, cricket operations teams, ground staff, broadcast teams, hotel staff and security personnel. all must remain in their allotted zones. Medical teams — including physio and masseurs units — are mandated to don PPE kits while coming in contact with the players.

IPL teams staying in different hotels are advised to order food to their individual rooms and avoid common areas. Physical distancing and masks are a must, even while interacting with others within their bubble. Teams are allowed to hold meetings outdoors to adhere to physical distancing norms. In fact, players will not be allowed to meet their families or friends until the tournament is over.

The IPL Governing Council has made it clear that wilful breach of bio-secure bubble will invite strict action as it can put all players at risk. Should a player disobey the code in IPL, he will be isolated and be asked to test negative twice before entering the bubble again.

To maintain no transmission risks, a great deal of tech on a large scale is required. IPL’s secure bio-bubble has been created by a UK-based safety and technology firm, Restrata. Its software is COVID-19 regulations compliant, comprising a trio of tech we have seen mentioned on a quotidian basis: testing, contact tracing and Artificial Intelligence.

On the other hand, the Maharashtra government, which has been at loggerheads with the centre on a variety of issues, has given the go-ahead for matches at the Wankhede Stadium.

However, there won’t be any spectators, just like in the three ODIs against England in Pune, which will now be played behind closed doors due to the sudden spike in Covid-19 cases in Maharashtra.

The IPL, which is scheduled to begin in the second week of April (tentatively 11th) and conclude in the opening week of June (tentatively 6th), may not find spectators being allowed at some centres while other centres may allow fans up to only 50% of the stadium’s capacity.

While the BCCI has zeroed in on the decision, it hasn’t had any word with the IPL franchises yet.

Franchises who have learnt about this decision unofficially, are blowing hot and cold. While some are willing to wait and see how BCCI goes about organising the tournament across six cities and preparing bio-secure bubbles across these venues for the smooth conduct of the tournament, there are some franchises that are not happy.

ALSO READ:  IPL 2021 Auction Gets Costliest Players In This Season - The Complete List By Each Franchise

“Obviously, it’s scary. The earlier idea of hosting it in one or two cities sounded far better. After all, the 2020 edition was conducted between three venues and it went well,” a franchise representative said.

Teams and team owners are waiting to see how the BCCI goes about organising this edition. The board has proposed that the eight franchises should be divided in groups and matches should be conducted venue-wise, where all teams that are part of one group play their home and away games between them before moving to another group at another venue, so on and so forth.

“The format of the tournament will not change. It’s the same home-and-away format, with each team hosting seven and travelling for the other seven. That’ll mean a total of 60 matches, like it is conducted every year. The grouping of teams is only to ensure that preparing bio-secure bubbles becomes easier and there’s less confusion,” say those in the know.

The decision on whether to club the teams into groups or not is still being debated. “Franchises had started preparing, thinking it was only going to be between Mumbai and Pune, with the playoffs in Ahmedabad. Those plans change now. Franchises will want to know more and that will happen soon,” say sources. #KhabarLive #hydnews