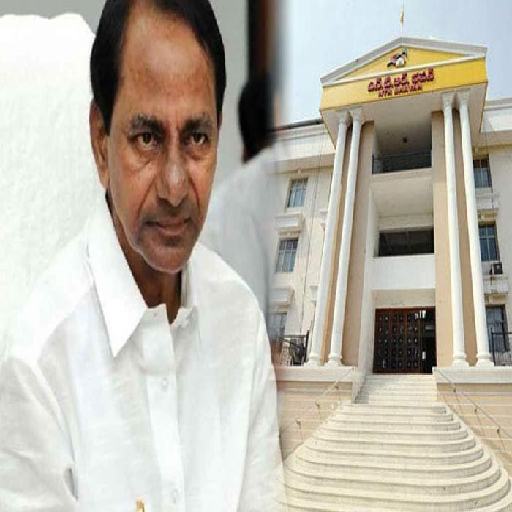 As the Telangana Telugu Desam Party completely disappeared from political arena and party leased headquarter NTR Trust Bhavan based in Hyderabad is closed long back and used by some business people illegally.

Telugu Desam Party (TDP) which was one of the strongest regional parties of Telugu states completely vanished in Telangana after the state bifurcation. Though TDP had a good hold of leaders for a term, soon most of the crucial and senior leaders switched ways to TRS. TDP turned empty and the party office NTR Trust Bhavan which was once the busiest place of Hyderabad lost its charm. NTR Trust Bhavan is now left with no footfalls.

In a surprising development, employees working in the NTR Trust Bhavan, the headquarters of Telangana Telugu Desam Party, on Wednesday requested Telangana chief minister K Chandrasekhar Rao to cancel the lease of the building and use it for public purposes.

The NTR Trust Bhavan was constructed on a piece of land at Road No. 2, Banjara Hills in 1997, when Telugu Desam Party president N Chandrababu Naidu was the chief minister.

The land was taken on a 30-years lease by NTR Memorial Trust at a nominal rent of Rs 90,000 per month.

During the period of combined Andhra Pradesh till 2014, it was the official party headquarters of the TDP, besides being used for the trust activities including a blood bank.

After the bifurcation, the Andhra unit of the TDP moved to Guntur, while the NTR Trust Bhavan continued as the Telangana TDP headquarters.

While Andhra employees working in the NTR Trust Bhavan also moved to the Guntur office, the Telangana employees continue to work in Hyderabad.

On Wednesday, these Telangana employees wrote a letter to the chief minister stating that though they have been working in the NTR Trust for over 15 years, the management is still under the control of the Andhra people.

“When the TDP was in good position, they used the NTR Trust Bhavan for political purposes. Now that the party has almost disappeared in Telangana and lost power in Andhra Pradesh, the Andhra employees in the top position are trying to commercially exploit the building,” the employees alleged.

They pointed out that already many rooms of the building were being given on rent for accommodation by the people close to Chandrababu Naidu. A private restaurant and canteen, besides private call centres are being run from this building.

“It is being used as a commercial establishment by the Andhra TDP leaders, apart from their political activities,” the Telangana staff alleged.

They said as per the agreement, the land taken on lease for the trust activities should be used for service activities but not political and commercial purposes.

“Unfortunately, the Telangana employees or TDP leaders have no say in the trust affairs. Even Telangana TDP president L Ramana is helpless,” they said.

They also alleged that the TDP leadership had not increased their salaries even by a paisa in the last seven years, whereas the Andhra employees who moved to Guntur had been given considerable hike.

“We don’t even have provident fund and insurance facilities. Added to this, we are being humiliated by the Andhra employees holding power in the NTR Trust Bhavan,” they lamented.

Stating that the NTR Trust Bhavan had come up on the Telangana land, they requested KCR to look into the issue and cancel the lease agreement of the NTR Memorial Trust.

“It can be given to either private parties or the government offices. We also want the government to continue our jobs with better wages, so that we can serve in our own Telangana state,” the employees added.

It remains to be seen how KCR will respond to the request of the NTR Trust Bhavan employees.

According to reliable sources, the TDP Supremo Chandra Babu Naidu who is completely operating from Amaravati and based in Hyderabad planned to lease out the property for an IT firm soon. After coming to know about this information, Telangana Chief Minister KCR already swung into action to acquire the property by canceling the GO. NTR Trust Bhavan is on lease for 30 years and TDP spent lavishly for constructing a huge office. KCR is in plans to pay compensation for TDP and acquire the property. All the necessary arrangements are being made currently to complete the formalities. #KhabarLive #hydnews