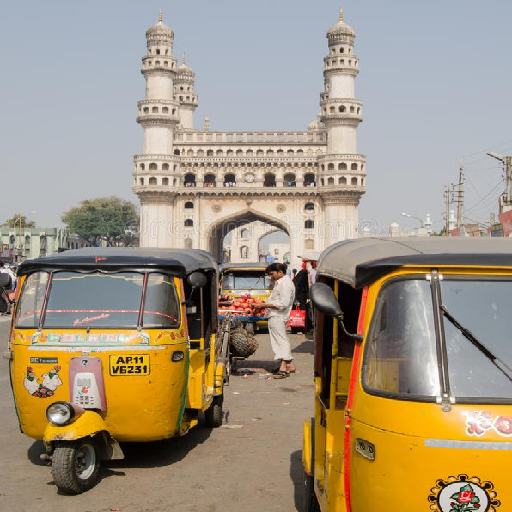 The Autorickshaw drivers in Hyderabad have been affected severely during the pandemic. The auto stands, that were once abuzz with daily commuters negotiating the fare with the auto walas, are now mostly stranded. With drastic drop in income even after the city opening up, they find it difficult to make their lives better to live. 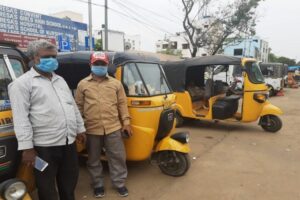 Auto-rickshaws or three-wheelers have become a crucial part of the mobility ecosystem. One of the most economical modes to travel, autos are popular within cities, particularly for the middle class for short and medium-distance trips within a city.

Autos primarily provide first and last-mile connectivity to public transport systems, like suburban railways, metro railways, and regional bus services as being an affordable and time-saving mobility option. Their utilization pattern, however, varies from city to city.

While in metropolitan areas, auto-rickshaws act as a feeder to public transport systems, in smaller towns they serve as the main haul public transport. Similarly, in rural areas and semi-urban areas, they are often the only means of public transportation providing both individual and shared services.

Mohammad Basheer has been driving an auto-rickshaw in Hyderabad for about 10 years now. While his job was never easy, he was able to make ends meet, and according to him, never failed to pay the rent on time. However, everything changed since the complete lockdown announced during the first wave of Covid-19 pandemic last year.

“It’s not like I earned a lot. But after being on the roads for about 10 to 12 hours, I was able to make a decent Rs 1,000- Rs1,200 per day. That was enough to sustain my family and also save a bit for the future. After the lockdown was declared, I wasn’t able to earn at all for about two to three months,” he said.

However, even after the city was open the business had gone down drastically. Most of the auto drivers were able to earn only Rs 300 to Rs 400 daily, almost till the end of last year. “We thought things might change this year, but so far it has been worse than 2020. With the second wave and later lockdown, there is no business. I don’t have any money to pay my rent, buy enough ration or support the education of my three kids,” shares Basheer, as he finishes his lunch and gets ready to hit the road once again.

This, unfortunately, is not an isolated case. While many are surviving off the little savings they have, in a few cases the family members of auto drivers had to start working to run the kitchen.

Sharadamma, whose husband has been driving an auto for several years, had to start working as a house help, as there was no income to support their two kids’ education.

ALSO READ:  The Corrupt Politician Is A Clichéd Narrative

Sharing her story, Sharadamma says, “We never had any issues financially before – it was less, but it was enough. When my husband’s income decreased due to the pandemic, our biggest concern was the education of my two kids. The schools have gone online, and we need at least one smart phone and internet connection for them to attend classes. Plus we had to pay the monthly rent, school fees and other bills. Therefore I started working as a househelp. My kids help me finish the daily chores so I can go out and work in two houses.”

But their plight doesn’t end here. Although they are surviving in a hand to mouth situation, many auto rickshaw drivers still have loans to pay on the newly bought vehicle. Despite knowing their circumstances, many financers and financial institutions have been charging late fees and seizing the vehicles of the defaulters.

Mohammad Ali, who bought an auto last year, is now knee deep in debt. “I have to pay an EMI of Rs 8,000 per month, and my rent is around Rs 5,000. For about eight to ten months, my income is hardly Rs 400 to 500 per day. My financers know the situation, but said that if I delay the payment they will charge a late fee. With increasing rates of basic commodities, it is also getting difficult to manage a monthly ration budget,” shares Ali, adding that every night before sleeping his last prayer is to keep his family safe, as he has no money for their treatment. 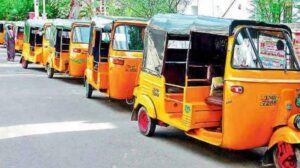 The auto-rickshaw industry has shown tremendous growth with currently 1.3 million total registered passenger auto-rickshaws in Telugu states. Most of the auto-rickshaw drivers do not own their vehicle and ply on a daily rent basis. This is primarily due to the lack of financing options from the banks and/or the high cost of self-financing. Apart from the financing, lack of knowledge about the regulation further leads to financial exploitation of the drivers by the middleman. The dynamic increases in the prices of fuel are never taken into factor while determining the fares of the auto-rickshaw drivers.

The COVID-19 pandemic, and subsequent lockdown, has impacted the health, livelihood, and wellbeing of people across all sectors. The spread of the coronavirus—characterized by its speed, scale, severity, and societal and economic disruption—has disproportionately impacted the lives of the poor and vulnerable communities. The mobility sector has also been severely hit by the nationwide lockdown.

The intermediate modes of transportation such as auto-rickshaws, being a critical player in the urban transportation system, also have a noticeable impact on the livelihood of the people working in the sector. These include operators, mechanics, drivers, manufacturers, among others – a lot of them living as migrants away from homes. Not only their livelihood in terms of daily earnings disappeared, but they also could not service the bank loan or any other form of private loans leading to financial distress. Even after the phase-wise lifting of lockdown, the regular users do not feel comfortable to return to usual travel on account of keeping a safe distance from the driver. Sharing rides with other passengers is a thing of the past now. 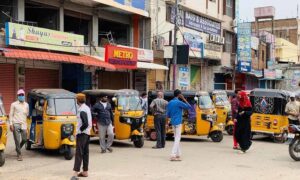 During the initial phase of the lockdown and after while ride-hailing services like Uber and Ola were being deployed for emergency services for healthcare workers, the use of auto-rickshaws was limited for informal transport of goods like fruits, vegetables, and groceries.

The challenge for the auto-rickshaw community is to earn at least a part of their regular income to feed and look after their families.

In some cases, the BPL ration card holders among the auto-rickshaw community could support their families to get adequate food but non-BPL cardholders could not even get minimal support. Many NGOs and CSOs came to their rescue by arranging food packets and rations to the poor in many parts of India. Several auto-rickshaw owners even paid rent, for parking their vehicles during the lockdown. Most of them are facing issues in repaying their loans and cooperative loans. Although a moratorium of two months for loan repayments was declared in March 2020, many had to resort to taking private loans.

The movement of auto-rickshaws has been resumed in many cities with certain restrictions. These vehicles are sanitized making them safe for travel, with 1+1 seating, wearing masks, maintaining social distance, etc. as prescribed by regulatory authorities. However, the perception of fear among commuters for using auto-rickshaws as well as in drivers remains. According to a TERI study, the share of auto-rickshaws is expected to rise due to the inadequate provision of public transport in many cities. Travelling in auto also provides a single user or a small family a less chance of catching infection than in a bus or metro coach. However, due to additional expenses on regulatory measures—like sanitizing the vehicle after each trip, coupled with increased fuel costs—the profitability might decrease. 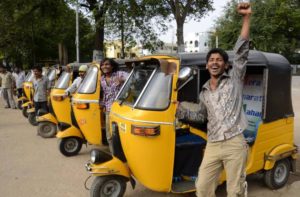 During the lockdown, the earning of drivers was adversely affected as they could earn only a fourth to half of their income before lockdown. The traffic enforcement and travel restrictions along with low demand resulted in shorter trips. So, an auto-driver could cover only around 30-40 km per day against 90-120 km per day pre-lockdown. In many cases, the auto-rickshaw drivers have to travel without passengers which accumulates dead kilometres without any earning. In the current crisis, some of the drivers even increased the prices to almost three times to improve their earnings causing hardships to the public. Many auto drivers also switched to other sources of livelihood such as delivering grocery, medicine, and other essential goods or other businesses like selling fruits and vegetables or relocated to their native villages.

The Ministry of Road Transport and Highways extended the validity of fitness, permit (all types), driving license, registration, or any other concerned documents whose extension of validity could or not likely be processed due to lockdown and which have expired since February 1, till June 30. State governments decided to support auto-rickshaw and taxi drivers by providing one-time compensation to each of them who is an auto-rickshaw license holder ranging from Rs 5000 to Rs 10000. The Reserve Bank of India (RBI) has granted a moratorium of two months for loan repayments in March 2020. 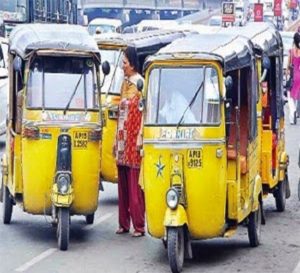 The impact on auto-rickshaw drivers and their desperation is also evident from increased traffic violations, ferrying more passengers than permitted, and charging abnormally high fares from the commuters in distress.

The transport experts suggest a multi-pronged and multidisciplinary approach for the revival of the auto-rickshaw industry. To overcome the fear of transmission, drivers should follow the prescribed norms scrupulously: