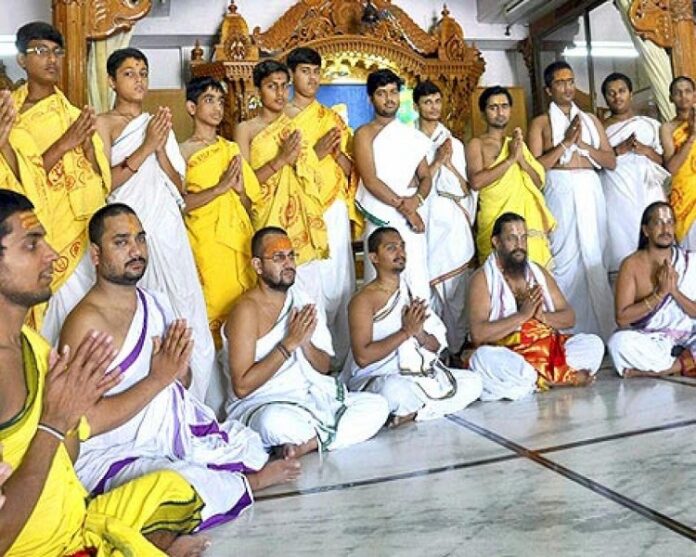 The Telugu States governments know that while Brahmins are electorally insignificant, they can influence others. The upper caste politics is made its way to mark the electoral stability in these states.

Telugu state governments in south India, representing both sides of the Hindutva divide, have strengthened their outreach programmes for Brahmins, in order to remain politically relevant among the community and counter opposition parties’ attempts to woo them.

In the Telugu-speaking non-BJP-ruled states of Andhra Pradesh and Telangana, the Brahmin population is negligible and their mandate politically insignificant. But none of these states’ governments have taken their eyes off this influential community, frequently unveiling schemes to incentivise education and employment, or to perpetuate ‘their’ Vedic culture.

Of course, the benefactors of these initiatives must show proof of caste — that they are Brahmins by birth — as most of them are from the economically weaker sections.

In Andhra, the Brahmins have always thrown in their lot with the Reddy community since a fight with the erstwhile Chandrababu Naidu government. But are they happy with Y.S. Jagan Mohan Reddy, particularly when the opposition BJP tomtoms itself to be the “protector of Hindu dharma?”

Meanwhile, Telangana Chief Minister K. Chandrashekar Rao publicly lives the life of a ‘devout Hindu’. And while there’s hardly any representation of Brahmins in his government, he continues to put them on a pedestal — now and then, he gets vocal in his demand for a Bharat Ratna for former prime minister P.V. Narasimha Rao, who hailed from the community.

Intellectuals, however, point out it is farcical to base policy outreach on the feudal concept that Brahmins are powerful.

The Andhra government’s Vedic education scheme for Brahmins has come in for particular criticism. Political scientist Pratap Bhanu Mehta wrote that the state cannot provide support to a profession whose eligibility is determined by birth. If Vedic studies are good for Brahmins, they should be good for all, he argued.

Both the Andhra Pradesh and Telangana governments have designated Brahmin welfare departments — set up in 2014 and 2017 respectively — and portals, which describe the community as ‘brilliant’ and ‘big’ thinkers.

The Telangana Brahmin Samkshema Parishad — the government body working for the upliftment of the community — says on its website that BRAHMIN stands for “Broad and Brilliant in Thinking; Righteous and Religious in Livelihood, Adroit and Adventurous in Personality, Honesty and Humanity in Quality, Modesty and Morality in Character, Innovation and Industry in Performance and Nobility and Novelty in approach”.

Such schemes, however, are not exclusive to the Brahmin community in the states. There are designated departments working for backward communities, Scheduled Castes and Scheduled Tribes, offering almost similar financial assistance to promote empowerment.

There is not a single Brahmin minister in KCR’s cabinet, nor in Jagan’s, except Deputy Speaker Kona Raghupathi. There are only a handful of Brahmin legislators in both states, which reflects the fact that Telangana has less than 3 per cent Brahmin voters while Andhra has 5 per cent. But Brahmins are important to both the CMs, say analysts.

There are also financial assistance schemes to promote ‘Vedic culture’ and ‘Vedic education’ in the community. The Telangana Brahmin Parishad offers a scheme named ‘Vedahitha — Vedic Students’, which pays each Brahmin student a sustenance grant of Rs 3 lakh after the successful competition of ‘Smarta’ studies and Rs 5 lakh after finishing ‘Agama, Kramantha and Ganantha’ studies.

A similar scheme in Andhra pays as high as Rs 36,000 annually for a period of six years.

In Telangana, the government bears 75 per cent cost of construction of ‘Brahmin Sadans’ at district and mandal levels under its ‘Brahmin Sadan Scheme’.

One of the eligibility criteria for all these schemes is that the beneficiary and the parents should be Brahmins.

From 2015 to 2019, mostly under Chandrababu Naidu, Andhra spent Rs 216 crore on welfare schemes for the community.

The Andhra government also offers financial assistance for funeral expenses of a deceased from a Brahmin family, if the family cannot afford it.

Political analyst Telakapalli Ravi told #KhabarLive, “Considering our society, Brahmins still play a major role in public opinion. They hold influential positions. Though their economic and political power may not be much, several government advisers belong to the community, and there are bureaucrats in top positions.”

But that does not mean there are no poor Brahmins, he pointed out.

In Telangana, KCR’s most recent sop to Brahmins was the year-long Narasimha Rao birth centenary celebrations he announced in 2020. A statue of the former PM was erected in Hyderabad in June, which the CM himself inaugurated. The ruling Telangana Rashtra Samithi, in the graduates MLC polls, named his granddaughter a candidate, and she ended up winning.

“KCR does not give the community much power but keeps them on a pedestal, conveys that he is respecting them,” Ravi said.

Brahmin voters dominates 12 urban assembly constituencies in the state out of the total 119, according to Telangana BJP leader Ramchander Rao.

Compared to Andhra Pradesh, the Brahmin community in Telangana was not initially influential due to the zamindar (landlord) culture and the Nizam rule. But things changed and certain sub-castes from the Brahmin community such as ‘Karnam’ took over maintaining village records and looked after revenue, Kodandaram Reddy said.

Meanwhile, political analyst Pratap Bhanu Mehta said that secularism and social justice have become “farcical ideas” in these states. He opined that politics and public policy were being reduced to “jati-based” mobilisation in the most absurd way.

“Can you think of anything more grotesque than the idea that in the 21st century the state provides support to a profession whose eligibility is determined by birth? If Vedic education is unalloyed good, why should it not be open to all, subject to conduct rules? How can the state discriminate and confine it to Brahmins identified by birth? This cannot pass any constitutional smell test,” he wrote.

“…this is exactly the perversion of social justice discourse that was set in motion post-Mandal where the question of deeply entrenched historical discrimination was confused with backwardness and poverty in general,” Mehta added.

Other analysts say the state governments continue to keep Brahmins in good humour because of their ‘reverential position’ in society, despite the negligible vote bank.

Independent activist Sky Baba said: “Decades-old feudal systems believed if Brahmins were in an authoritative position, everything would automatically be in place. These governments are still following that sentiment.”

But think of the regression this represents in politics. Recognising caste to overcome discrimination was one thing. But entrenching it as a compulsory identity, certified by the state, and reproducing birth-based entitlements are a perversion of social justice.

Politics and public policy is being reduced to jati-based mobilisation in the most absurd way. Dalits were poor on account of their caste, which is why caste was recognised.

Now the state wants to ensure that all who are poor are permanently stamped with their caste by an official seal. The free for all that is ensuing for reconfiguring caste-based benefits, the demands of local domicile reservation, are signs of pessimism about the economy.

Much heat will be generated about how to distribute the current and shrinking pie of jobs and resources along jati lines. But no one is getting seriously upset about the fact that the pie is not growing as fast as we need it to.

The benefits for Brahmins may seem like a reductio ad absurdum of our politics, a little farce. But behind it is a great tragedy, of a nation with diminishing prospects for everyone, encouraging them to reach into the narrowest-minded conceptions of identity and calling it social justice. #KhabarLive #hydnews