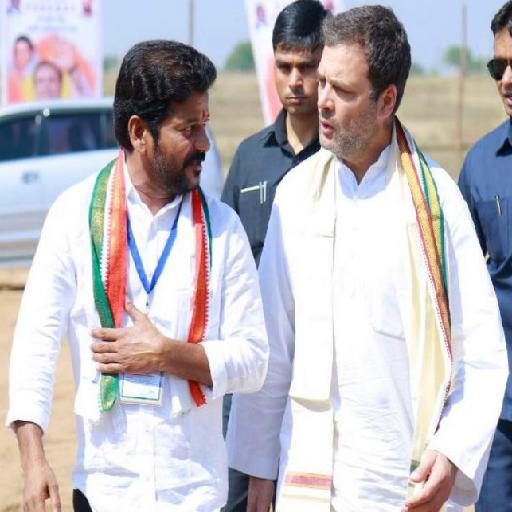 Many questions  raised eyebrows of veteran Congress leaders and political pundits in Telangana over the elevation of Revanth Reddy, who only joined the party in 2017 and whose appointment comes at the expense of several veterans.

How is it that Rahul Gandhi, a trenchant critic of the Rashtriya Swayamsevak Sangh (RSS), opted for someone who cut his teeth in politics at its student wing, the Akhil Bharatiya Vidyarthi Parishad (ABVP)?

How did Anumula Revanth Reddy, who wasn’t known to be part of any agitation for Telangana statehood, become preferred choice to lead the party in a state where the TRS still gets support for spearheading the movement?

Days after the Congress appointed Revanth Reddy as the president of its Telangana unit, there are questions galore in the party circles. And the answers, say Congress leaders, lie in his proximity with party leaders who were and are holding sway in Delhi.

“He laid the pitch almost two years ago and made sure he got into the good books of Rahul Gandhi’s close aide Koppula Raju,” a senior Congress leader told #KhabarLive on the condition of anonymity.

Raju, a former IAS officer with the Andhra Pradesh cadre, chose voluntary retirement in 2013 to work with the Congress. He has been closely associated with the Gandhis and sits in Rahul Gandhi’s 12, Tughlaq Lane residence-cum-office.

According to other party senior leaders, Revanth also managed to build a rapport with the Karnataka Congress president D.K. Shivakumar, Tamil Nadu MP Jothimani and most importantly, Manickam Tagore — another MP from Tamil Nadu who is also in charge of AICC in Telangana.

“DK Shivakumar is like the Ahmed Patel of the South, so you can understand the kind of weight his opinion would have,” another senior leader, on condition of anonymity, told #KhabarLive.

Revanth is married to Geeta Reddy, niece of the late Jaipal Reddy, former Union minister who had quit the Congress during Emergency and returned to the party 22 years later.

Revanth, who is the current Congress MP from Malkajgiri constituency, was recently appointed as the Telangana Pradesh Congress Committee chief.

His elevation, however, is not entirely a surprise. The 53-year-old working president had been among the front-runners ever since the high command set its focus on selecting a new chief almost two years ago.

But what has irked a few in the state Congress is that Revanth only joined the party in October 2017 and pipped to the post at least four other party veterans — Bhongir Lok Sabha member Komatireddy Venkat Reddy; six-time MLA and current MLC T. Jeevan Reddy; four-term MLA and the current Manthani constituency legislator, Sridhar Babu; and Madhu Yaskhi, a former MP who was once a lawyer in New York.

Komatireddy Venkat Reddy has already hit out at the appointment, saying the Congress office will become a TDP office with Revanth Reddy’s elevation.

“What happened previously in the note-for-vote case has been repeated here (in the PCC chief election),” Venkat Reddy said. “I got to know this after I went to Delhi… I can’t guarantee that the Congress office will not become a TDP office.”

Venkat Reddy was referring to the supposed influence TDP chief Chandrababu Naidu has on Revanth Reddy.

The new state Congress president spent some crucial years under Naidu in the TDP. And though he left the party, both of them have never spoken anything against each other in public. Reddy, along with Naidu and a few other TDP leaders, are also accused in the cash-for-vote scam, in which they allegedly tried to buy votes in the 2015 Telangana Legislative Council elections.

This, however, is only part of a political career that has spanned all major parties in the state.

Revanth Reddy was a member of the ABVP  while he was a student in the 1980s. But the Congress president, who is a staunch critic of Chief Minister K.Chandrasekhar Rao (KCR) and his son IT Minister K.T. Rama Rao, actually began his political career in 2003 with KCR’s Telangana Rashtra Samithi.

He quit the party in 2005 over dissatisfaction at not being given a chance to contest. He then went on to become a Zilla Parishad Territorial Committee member in 2006, and won a Legislative Council election in 2008 — both times contesting as an independent.

In 2017, he quit the TDP and joined the Congress but lost the Kodangal seat in the 2018 assembly elections, after it became part of Telangana. He, however, went on to win the Lok Sabha election from Malkajgiri.

According to political observers in the state, one of the key reasons why the party could have chosen Revanth Reddy to lead the team of veterans could be aggressive style of politics, visibility as a strong critic of the government, a good orator, a following among youngsters and a visible social media presence.

All this, amid senior Congress leaders who have never managed to gain traction as strong opposition leaders and in fact, a few even considered to be hand-in-glove with KCR.

Under Revanth’s predecessor, Uttam Kumar Reddy, who held the fort for more than five years — the grand old party saw many defeats and defections to the ruling party.

The party, which managed to win 19 seats in the assembly polls in 2018, was deprived of the status of main opposition in the state after a dozen of its legislators defected to the ruling TRS.

With the BJP winning bypolls, and securing wins in municipal elections across the state, the Congress faces the risk of being pushed to third position.

More so, the party could not even claim credit for a separate Telangana despite its Central leadership fulfilling the demand.

Independent of the party he was in, Revanth Reddy had always made sure that he was visible as a strong opposition leader who could counter KCR and KTR’s governance.

For instance, in 2020, he targeted KTR for allegedly building a farmhouse violating government norms.  He, along with his followers, even tried to barge into the farmhouse and were taken into preventive custody. Reddy then approached the National Green Tribunal, after which a notice was issued to the minister.

“He always had that aggression in him, even when he was an MLC in 2007. I was a part of the council at that time; I could see the determination that he strongly wanted to be the chief minister,” senior political analyst Prof Nageshwar Rao said. “Such determined leaders are what the Congress needs right now; leaders with similar attitudes of KCR, Naidu and Y.S. Jagan.”

“When Rahul Gandhi was in Telangana and held public meetings, every time Revanth Reddy was called on to the stage, he received the loudest cheer as compared to other leaders,” he added. “The (Congress) top leadership might have noticed this.”

In 2019, Revanth Reddy was also one of the leaders who resigned from his party post following Rahul Gandhi’s resignation. #KhabarLive #hydnews