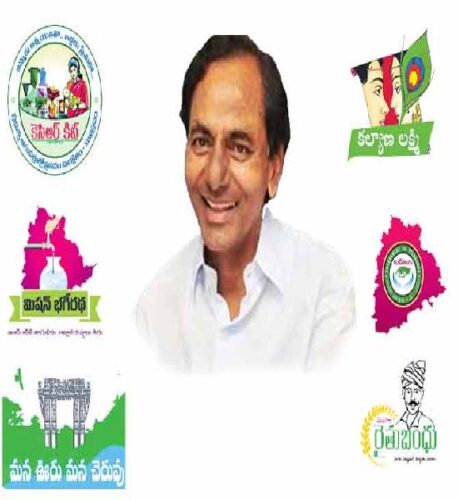 This is a very confusing situation for chief minister of Telangana to handle the declared welfare schemes and maintain the state Coffers as it is dried due to pandemic. The situation keeps the rulers to think the alternative and delay the project.

The bypoll to Huzurabad Assembly constituency whenever held is likely to throw up an interesting fight. It is likely to be even more exciting than the Dubbaka bypoll where the BJP had upset the applecart of TRS. At that time the pink party was overconfident the BJP could do nothing. By the time reality dawned on it, it was too late. Having learnt a lesson, this time the TRS does not want to give any chance to former minister and BJP candidate Eatala Rajender. Though technically, TRS in no way would be affected, if it loses this seat, it has yet made it a highly prestigious fight. In fact, it has become Eatala vs KCR.

The fighting spirit of KCR is very well appreciated. But the question is at what cost? Political parties need to ponder whether it is right to go in for announcing massive welfare scheme with the polls in mind without adopting a practical approach. No one is against welfare schemes as there are still large sections of society which need a handholding. But the schemes should be tailored such that benefits reach targeted beneficiaries in a phased manner. There is a grandmother’s saying that one should spend one-fourth of the income for welfare activities. But the reality is to the contrary.

According to party sources, the precarious financial situation of Telangana could remain a hurdle in the implementation of DBS. According to State government’s claims, the total SC population comprising two communities within the State comes to about 54 lakh as per the 2011 population census. By now, their population could be anywhere around 65-70 lakh. Even if half of the population was taken eligible under the DBS, then the government needs more than the two financial year’s State budget.

That apart, if ST population is also taken into account, then, according to the 2011 census,there were 31.78 lakh people in the State, whose numbers might have gone up in the past 10 years. This makes the DBS implementation, even in a phased manner to cover the SC population in the next two-and-a-half years of the tenure of the current government, an impossible task.

Against this backdrop, the BJP sees that the pilot project of DBS announced to kickstart from Huzurabad as an electoral gimmick of the pink partyto take people for a ride and to woo the voters of a particular community to win the seat in the ensuing bypoll.

The main issue that the party want to take into people is the scope and coverage of DBS. Does the DBS cover only a single community within the SCs? Insisting on the same, Telangana State BJP chief Bandi Sanjay Kumar, welcoming the DBS, has demanded that TRS government not to restrict the benefits of the coverage only to Huzurabad. He said that the party would take on TRS if it does not implement it across the State and also build people’s agitation for the distribution of Rs 10 lakh to SC, ST and BC households in the State under the DBS.

Highlighting the point, the BJP State chief lashed out at the TRS government and Chief Minister K Chandrashekar Rao asking from where do theState government will get lakhs of crores of rupees to implement the DBS? He said that the TRS was only trying to hoodwink people to win the Huzurabadbypoll.

He reminded that earlier, the State government had promised to give Rs 10,000 for each household affected due to floods in Hyderabad. However, there was no word till date about the distribution of Rs 10,000 to the remaining flood-affected families after the completion of Greater Hyderabad Municipal Corporation elections.

Speaking to #KhabarLive, BJP Huzurabad in-charge and Dubbaka MLA M Raghunandan Rao said that the cash-strapped State government had to go for auctioning of public lands to raise Rs 2,000 crore. Given the population of Dalits in the State, how can it claim that it can implement the DBS taking such a huge financial burden? he sought to know.

The state economy has already taken a nosedive amid the pandemic. The intention of empowering Dalit families by giving Rs 10 lakh to each family is appreciable. But, such grandiose schemes wherever they are launched, be they in Telangana or at central level, should have a time-frame and be rolled out in a phased manner.
The real catch is here. What is that phased manner and how much time would it take? The life of an elected government is five years. It may come back to power if it continues to enjoy the goodwill of the people. That is a different issue. When planning is done, it should be for a period of five years and whatever has been promised should be achieved during that period. New promises can be made during next elections. Unfortunately, none of the governments, at central or in states, is doing so. Instead, they are competing with one another in launching schemes involving huge amounts. It would be better if they lay foundation for creating a strong and skilled India. They should focus on quality education of downtrodden sections, provide skill development from young age and help them launch startup companies. Some cash benefit component can also be there.

The central and the state governments need to put a brake on competitive populism and ensure that people become self-reliant in terms of skills and stop depending on cash doles. Will such an ideal situation ever arise? This is the trillion-dollar question. Why not Parliament or state assemblies discuss such issues rather than stall proceedings, resort to physical attacks on ministers or members of other parties and waste taxpayers’ money? #KhabarLive #hydnews