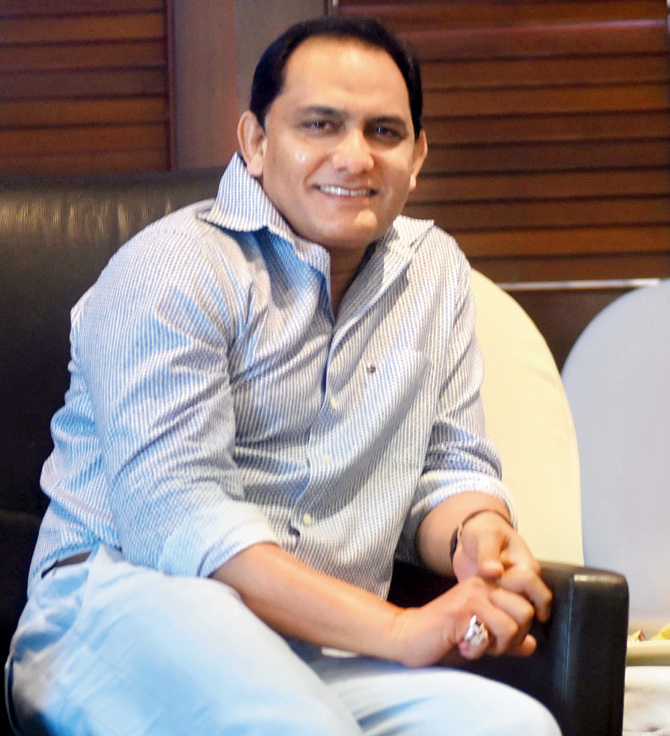 The infamous cricket betting scandal, involving former Indian cricket team captain Mohammad Azharuddin, long forgotten and stashed away in a cold storage, may now reach a logical conclusion, if the Telangana Cricket Association (TCA) gets to have its way as part of the renewed efforts of some to clean up the game.

Y. Laxminarayana and D. Guruva Reddy, president and secretary of TCA respectively, told that a delegation would soon meet Union home minister Amit Shah to urge him to re-order the Central Bureau of Investigation (CBI) to renew the probe into the betting scam and file charge sheets against all the accused.

The TCA office bearers also threatened to expose the more recent wrong doings of Azharuddin, who they alleged has been resorting to gross violations of the guidelines of the Supreme Court and recommendations of the Lodha Committee, while running the Hyderabad Cricket Association (HCA) as its President.

The HCA, under Azhar’s corrupt regime, flouted crucial norms relating to the audit of accounts and selection of players and coaches for different levels and tournaments, they alleged.

“Azharuddin has never been acquitted of any of the charges relating to betting by any court in the country,” Guruva Reddy said, adding that the only “relief he got” from the erstwhile Andhra Pradesh High Court was the scrapping of a life-term ban imposed on him by the Board of Control for Cricket in India (BCCI).

“The HC order remained unchallenged. We will also urge the BCCI to renew the legal battle against Azhar,” Mr Guruva Reddy said.

The CBI’s report on cricket match fixing and related malpractices, available on the apex bureau’s official website, gives detailed confessions of bookies, players and supporting staff, including Azharuddin, who admitted to have met the gang of bookies led by M. K. Gupta and received money and expensive gifts from the latter.

“On further questioning, he (Azhar) accepted that Ajay Gupta and his associates had approached him sometime to fix matches. Azhar says he does not remember how much money he had received from them. The Pepsi Cup match between India and Pakistan at Jaipur in 1999 was fixed through them. Jadeja and Nayan Mongia were also involved with him in the deal. He was paid around `10 lakh after that match by some unknown person on behalf of the Guptas. Azhar admitted that Ameesh Gupta had given him a mobile phone, number 98111-50860, through which he used to contact him during matches,” the CBI report states.

With regard to maintaining transparency in financial matters, Guruva Reddy alleged that the HCA had been constantly flouting the recommendation of the Lodha Committee on getting the audit done by empanelled auditors of the BCCI and making it public.

The HCA website does not have details of annual financial statements after 2015-2016. On the appointment of coaches and selecting players also, there is gross violation of rules, which we will expose, he added.

Earlier, TCA general secretary Dharam Guruva Reddy pitched for BCCI affiliation for his association by advancing the argument of ‘rural cricket on a global wicket’.

Speaking to media, Guruva Reddy spoke at length on how the TCA was nurturing young talent from the district, and how the Hyderabad Cricket Association (HCA) was not doing its job.

“The reason we stepped up and started the TCA was because there was a big gap between the talent available in the districts and the opportunities — the BCCI tournaments — which they were getting,” Guruva Reddy said.

“The TCA should be affiliated (by the BCCI) because there are a whole lot of issues within the HCA as well as the lack of presence of the BCCI umbrella across Telangana state,” he added.

The TCA official said the HCA had limited itself to Hyderabad and had ignored cricketing talent from other parts of the state. “TCA has been successful in taking cricket to the doorstep of the rural youth, something which the HCA has miserably failed to do,” he said.

“The TCA has the capacity to cover Hyderabad as well, but we’re not intefering with the HCA. We are controlling, managing and developing cricket in throughout the state,” he claimed.

Guruva Reddy said the TCA held no grouse against the HCA and its only aim was to get the BCCI affiliation so that cricketing talent from across the state can be showcased. #KhabarLive #hydnews