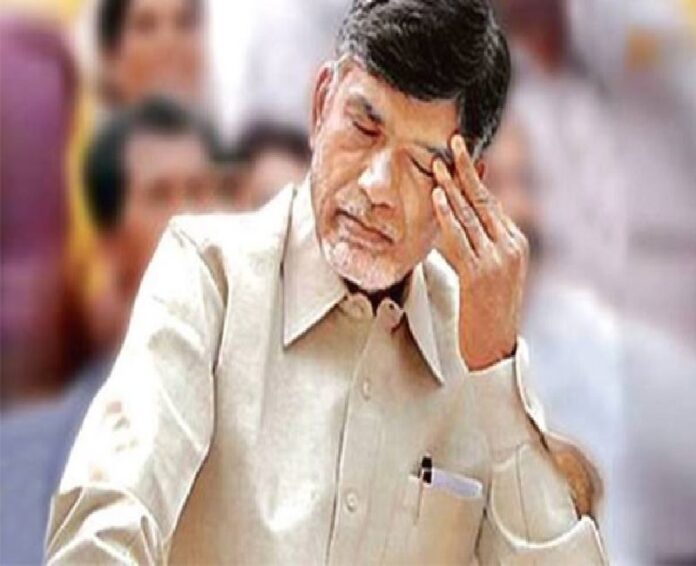 After seeing the outcome of the municipal elections in Andhra Pradesh, the obvious question that comes up in one’s mind is whether it is an end of the road for Telugu Desam Party.

For a party that dominated the Andhra Pradesh politics for almost four decades is now facing the worst-ever crisis. The TDP has already been beleaguered with the humiliating defeat in the 2019 general elections – the party got just 23 assembly seats and three MP seat.

And now, the recent gram panchayat elections have caused a huge dent in the TDP’s base in the rural areas, the municipal election results have virtually shown that the party has lost its ground even in the urban areas.

The only man who is responsible for the party’s present pathetic position is none other than its president N Chandrababu Naidu. No doubt, it was because of Naidu that the party had grown strongly over the years with a huge cadre base, but it was his wrong strategies that led to the party’s debacle in the last two years.

Never in the past did any other opposition party fare so badly in any elections. The TDP won just two municipalities out of 75 and drew a blank in all the 11 municipal corporations in which counting took place.

It is unlikely that the TDP will retain even those two municipalities, as the YSR Congress party is all set to grab them with the help of ex-officio votes. It means, the TDP is virtually a “zero” in the state.

Undoubtedly, the same scene is going to get repeated in the Zilla Parishad and Mandal Parishad elections and if that happens, the defeat of the TDP will be total.

What went wrong with the TDP then? Apart from wrong calculations of Naidu, the TDP leaders have not put in any effort to win the municipalities. While the YSRC leaders pumped in huge money, as they can do because their party is in power, the TDP leaders who made big money during the Naidu regime did not bothered to spend it in the elections.

Take the case of mining baron Yarapathineni Srinivasa Rao of Gurajala. He made huge money through illegal mining during the TDP regime, but he was nowhere to be seen in the municipal elections.

So is the case with Guntur MP Galla Jayadev, who got huge benefits from Naidu, but when it came to spending money on the municipal corporation elections in Guntur, he backed out and the TDP faced a big loss.

And there is also internal sabotage in many places like in Vijayawada, where the TDP leaders like Bonda Uma, Buddha Venkanna and Nagul Meera openly revolted against Kesineni Nani, whose daughter contested for Mayor post.

The TDP has 23 MLAs, of which four shifted loyalties to the YSRC. But the remaining 19 MLAs, too, did not show any interest in working for the party’s victory.

So, what is going to be the fate of the TDP now? Will Naidu have to close his shop and leave the party to wither away in the coming days? Or will he fight back and strive to regain his lost glory?

Will he make drastic overhauling of the party? Will he sideline his son Nara Lokesh and bring in new forces like Junior NTR? Will there be any revolt from Nandamuri family against Nara family? Will Kamma community desert Naidu and promote somebody else from Nandamuri family?

Well, there are all various questions that are coming up for debate. In any case, the Andhra politics is going to witness interesting turns in the coming years.

He ignited a fight between SEC and the Government of AP with series of court cases and counter actions.

Chandrababu thought that Jagan Mohan Reddy can be trapped in legal shackles by doing so. Had he not stubborn to face elections, the situation would not have been this bad.

By getting into fight with YS Jagan Mohan Reddy unknowingly Chandrababu projected himself as a villain.

Why would people consider to vote for TDP now when they have received house documents and also enjoying the welfare schemes? Keeping that logic aside and shunning the objections raised by the State Government, TDP welcomed elections with audacity.

TDP also assumed that YS Jagan is afraid of something and hence he is not getting ready to face the elections. What happened now?

The prestige of TDP has gone to dogs. The present Municipal Elections result is worse than the blow the party has eaten in 2019 elections.

In spite of Chandrababu abusing people for not revolting against the YSRCP government, troubling the government with temple attack allegations, rising controversies of sand mafia, none could stop YSRCP from the historical triumph.

Naidu gets CID notice on Amaravati land deals, may face arrest?
Within a couple of days of facing a humiliating defeat in the municipal elections in Andhra Pradesh, Telugu Desam Party president and former chief minister N Chandrababu Naidu is facing the threat of being arrested in the sensational “Amaravati land scam.”

A team of Andhra Pradesh Crime Investigation Department (CID) officials led by CID additional director general Sunil Kumar went to the residence of Naidu in Hyderabad on Tuesday morning and served him a notice under Section 41 (C) of the Criminal Procedure Code.

The CID authorities asked Naidu to appear before the CID officer whenever he is called to depose in the case.

The CID has already registered a First Information Report (FIR) under Section 120 B (conspiracy) and Sections 166, 167 and 217 of the IPC, read with Prohibition of Assigned Lands Alienation Act of 1977 and the SC/ST Prevention of Atrocities Act.

Sources close to the powers-that-be said if Naidu doesn’t appear before the CID or even if he appears, if he doesn’t give satisfactory replies during the interrogation, there is every possibility of he being arrested immediately.

The CID authorities reportedly served notices on Naidu’s former cabinet colleague and then minister for municipal administration P Narayana, who has also been named in the FIR. He has also been asked o appear before the CID whenever called.

The CID has been probing into the alleged irregularities in the land pooling for Amaravati, the state capital proposed by Naidu. The TDP chief has been charged with involved in various procedural irregularities with regard to decisions taken in relation to the capital city project.

The CID fixed Naidu in connection with alienation of “assigned lands” for the capital, which is against the rules. Investigations revealed that some big people close to Naidu had purchased approximately 500 acres of assigned land after the announcement of the capital city.

‍TDP Is Alive Only In Kamma Media Groups
While TDP is in funeral mood in rest of the state, only Tadipatri is in festive state of mind. It is so pity that the party has celebrated in Tadipatri for winning 18 wards in Municipal Elections in a gala manner.

The TDP pro media has projected it in such a way that entire Andhra Pradesh is dwelling only in Tadipatri and made so hungama that JC Prabhakar Reddy is going to sworn in as Chief Minister of Tadipatri State.

It is bitter truth that TDP is getting erased from the hearts of the voters at a faster pace than expected.

YS Jagan Mohan Reddy’s governance is liked by majority people of the state and that is clearly seen in the results of Municipal Elections.

Even the pro TDP news bulletin readers have expressed the same. Being the part of pro-TDP media, surprisingly they endorsed the victory of YSRCP concluding that this is a genuine triumph with no violence, no liquor and no money distribution.

So, where is TDP living now? Apart from the pro-TDP media channels and news papers, its existence can be seen in some social media groups.

The point to be underlined here is that the majority of active supporters of TDP on social media platforms are Kammas. That is the biggest curse for this party.

When it is over owned by Kammas, the others are disowning it. TDP supporting Kammas have cornered themselves from rest of the majority population unknowingly. Silence is the only remedy now.

Than Chandrababu Naidu’s age and Lokesh Naidu’s inefficiency, it is the Kamma media’s over enthusiasm that kept the TDP on ventilator. If this media gives some gap, people may find some breathing space to rethink at least for next general election.

Otherwise, within no time, the 38 year old TDP will have to be shifted from the ventilator to the coffin. #KhabarLive #hydnews