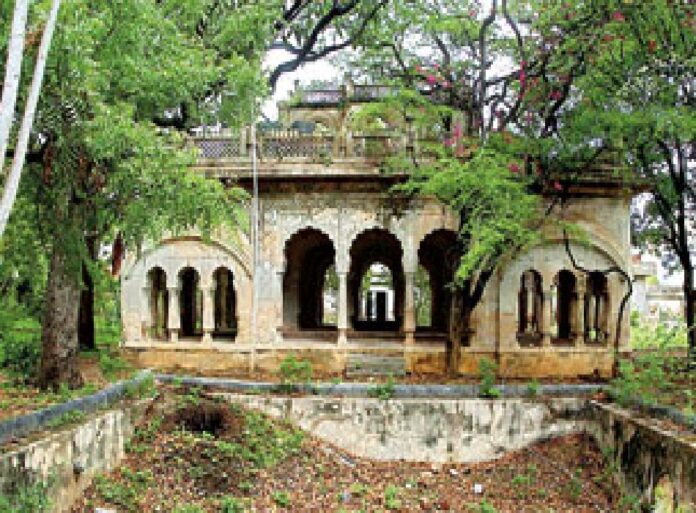 She was courtesan, poet, dancer and adviser in the courts of both the first and second Nizams, much admired for her brains as well as for her beauty by the courtiers of the time. 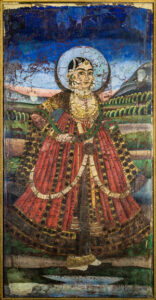 On the death of her mother Raj Kunwar Bai in 1792, Mah Laqa Bai built a magnificent tomb in Mughal and Rajasthani styles, and was herself buried there in 1824. Today, the ancient tomb situated among narrow, congested bylanes, a kilometre from Moula Ali arch in the heart of the city, is in a dilapidated condition and surrounded by overflowing drains.

These verses were penned by none other than the first poetess in the Deccan history  to come up with a Dewaan (Compilation of poems) — Mahalaka Chanda Bai- fondly referred to as the Umrao Jaan of the Deccan Plateau whose historical mausoleum lies unobtrusively  at the foothills of the Moula Ali Ki Dargah in Moula Ali. The title Mahalaka given by Nizam Ali Khan (Nizam-II) stands for “A Face like that of the moon.” 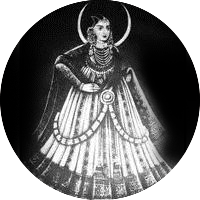 So smitten was the Nizam II by the beauty, grace and poetry of the Mahalaka Chanda Bai that he gifted her precious jaagirs ranging from Osmania University, Tarnaka, Habsiguda, Nampally and Moula Ali. Ironically, there is nobody to take care of the huge estate of the poetess which houses a mausoleum, masjid, azamghar, a swimming pool and a well which is still functional.  Apart from her portrait which is hanging at the State Art Museum, the State Government including the Tourism and  Museum officials have done nothing to restore the last remains of the great poetess.

At the CIEFL campus there is a special ‘bawdi’ (well) dedicated to Mahalaka Chanda Bai where classical musicians and poets of 18th and 19th century used to perform concerts. The Tourism officials organised a couple of concerts in the bawdi. But apart from this, the estate and the Mausoleum located in the Moula Ali in which the poetess has been buried along with her mother Mehtaab is in a dilapidated state.

In 2010, the twin tombs were renovated with money from the US Ambassador’s fund for cultural preservation, but there has been no maintenance of the property since then. Houses, some illegal, have mushroomed all around and there is no space to park, should visitors desire to view this heritage structure. Locals though still pray at the old Chandabagh Masjid within the complex.

Mah Laqa Bai (also kno-wn as Mah Laqa Chanda) was a multifaceted personality in the courts of Nizam II and Nizam III and mesmerised kings and commoners of her era (1768-1824). 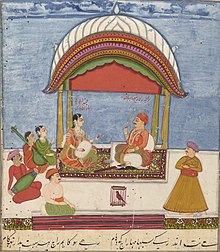 Mah Laqa Bai’s mother Raj Kunwar Bai came to Hyderabad with the court of the second Nizam when the capital of Deccan was shifted to Hyderabad from Aurangabad in 1763. She married a treasury officer in the Nizam’s administration. She gave birth to Mah Laqa Bai after serious health problems, and after she made a pilgrimage to Moula Ali Hill to seek the blessings of Hazrat Ali on April 4, 1786. She named her daughter Chanda Bibi.

Chanda Bibi, later known as Mah Laqa Bai, learnt dance, music, and poetry and became the chief dancer at the court of Nizam II, patronised by the Nizam and his Prime Minister Aristu Jah.

She was the first female poet to write a full divan in Urdu. A full divan is a collection of ghazals with at least one poem rhyming with each letter of the Urdu alphabet (36 different letters). She was only 20 years old when Aristu Jah suggested she compile the divan. She added and revised the poems until her divan contained 125 ghazals.

Impressed by her performance at a court celebration in 1801, Nizam II raised Mah Laqa Bai to the nobility with a title befitting a royal courtesan, Mah Laqa Bai, or ‘Madame Moon-Cheek’.

He showered her with lands, grants and privileges including the right to travel in a palanquin with drummers to clear the streets, and 500 armed guards. She was given the Nizam’s Palace at Purani Haveli, in Nampally, which is now Osmania University, and the garden at Moula Ali. 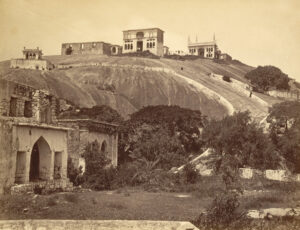 A Maratha noble in Hyderabad, Raja Rao Rambha, was reputedly in love with Mah Laqa Bai and built a ceremonial arch in her honour at Moula Ali hill, according to historians.

“She was a leading singer, dancer and poetess of her time and yielded a lot of influence. She was a staunch believer in Hazrat Ali and that is why she wanted to be buried under the Moula Ali ka dargah. It is quite unfortunate that despite our attempts the place has never been able to improve,” says Mrs Bilkis Aladin who is writing a book on the poetess.

Director for Department of Archaeology  J. Kadreswari says, “She was the first poetess from the Deccan to compile poems and the present Osmania University land was hers at one point of time. We have to check out the place and work for its revival.” Mr Sajaad Shaheed of INTACH (Indian National Trust for Art and Cultural Heritage) says, “She was the first Saheb-e-Diwan which means she has written an anthology of poems.”
#KhabarLive #hydnews