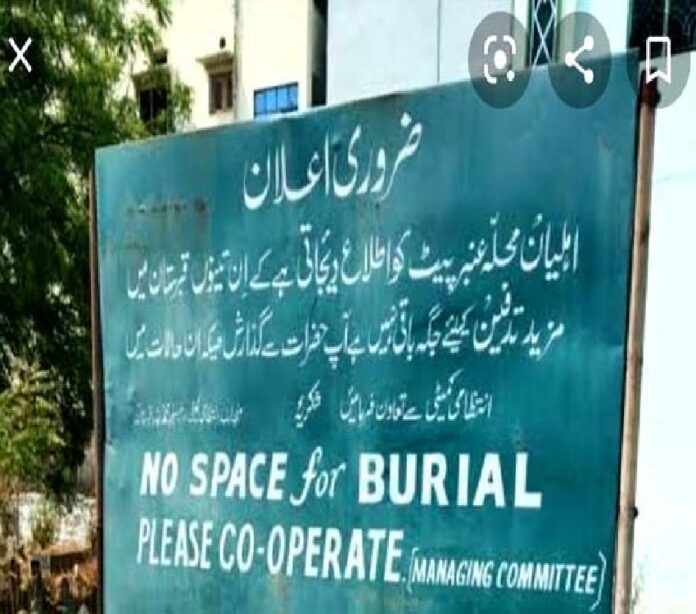 Cremation—along with these creative ways to honour the dead—is often marketed as a more environmentally friendly option than traditional embalmment and casket burial. Concern for the environment, in addition to economic considerations, may be driving some of the increase in popularity.

There is no space left in the Amberpet burial ground for the dead, residents of the locality bemoan. There is only one graveyard for Muslims and that too is full now, they say.

Residents have been requesting the authorities for quite some time to give them an additional piece of land for burying the dead.

Finding a final resting place for a departed is becoming a big task for Muslim families in the city, with administrators of several burial grounds used by Muslims refusing permission due to lack of space. Given the raging second wave of COVID-19, the number of deaths has also been on the rise.

ALSO READ:  Can't Get A Loan? These Fintech Lenders Want To Help You When Traditional Banks Won’t!

During the first wave of the pandemic last year, city residents were not allowed to bury the bodies of COVID victims due to safety protocols and because of the stigma associated with it. However, this year families are desperately looking for burial grounds to bury the bodies of those died of Covid. The family members of Amberpet residents are now forced to bury the dead on the sites of existing graves due to lack of space in the burial ground at Amberpet.

Shaik Salauddin, a social activist and resident of Amberpet, said: “There is only the Karabagh graveyard for Muslims in Amberpet and it is already full. It was allotted during the time of the Nizams and for the last 15 years the concerned authorities have been promising that they will provide us space for a graveyard.

Many elections are over, but we are yet to get a new graveyard for the Muslim community in the Amberpet area. Muslims in Amberpet are suffering due to lack of space and families need to submit identity proof and recommendations from mosque committees to get space in the local graveyards and also the dead must be locals”.

He adds, “Muslims living in Amberpet area have been suffering for many years to bury the dead alongside the graves of their family members. Now they are struggling even more because of increased deaths in COVID-19 second wave. It is the responsibility of the local leaders to provide space for burials as they are promising us the same during every election.

Even then it is of no use as the situation has been the same for the last 15 years. Residents are forced to bury the dead among their loved ones in the already existing graves due to lack of space. We have no other option.” #KhabarLive #hydnews