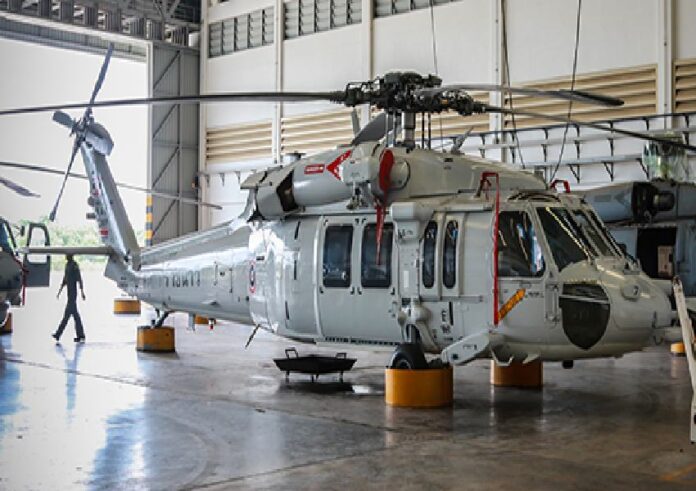 Even though the ever growing Indian civil aviation industry offers huge potential, the commercial use of helicopter services is yet to become viable due to lack of infrastructure and regulatory measures, say experts.

Civil Helicopters extend the reach and expand the capabilities of businesses, city governments and security agencies. The positive impact of civil helicopters for entities that can afford to acquire and operate them remains compelling, though purchases would also have to be weighed against the prevailing economic conditions. The latest survey and forecast of turbine- powered civil helicopter market by ‘Honeywell’ shows improved purchase plans for new helicopters in every region of the world despite the economic slowdown. Similar trend is also indicated in the global helicopter market assessment done by ‘Frost &Sullivan‘, last year.

India’s aviation industry may be one of the fastest growing in the world, but its helicopter market is in dire need of rescue.

With fewer than 300 helicopters across the country — Brazil’s Sao Paulo has around 600 — their potential in tourism, mining, corporate travel and medical services remains severely underused.

India’s civil aviation market is today among the fastest growing in the world, but despite the positive forecasts illustrated above, the helicopter usage remains very limited and the use of business helicopters continues to lag behind the fixed wing business aircraft. From the time the first civil helicopter was flown in India in November 1953 and up to 1986 the commercial use of helicopters in India was limited to small aviation companies involved in communication and crop spraying.

The growth of civil helicopter fleet in the early years was very modest. The formation of the Helicopter Corporation of India in 1986 (Later Pawan Hans Helicopters Ltd), provided the first boost to the civil helicopter industry in India – Pawan Hans now holds and operates the largest fleet in the country. While the numbers had reached 293 by the end of year 2012, the same has seen a decline in the year 2013 due to factors purely related to high cost of operations and regulatory bottlenecks – even though market prospects continued to be positive.

However, this number is woefully inadequate when compared with the world population of civil helicopters. As per the available data, total world civil helicopter population stands at more than 34,000 with India accounting for less than one per cent. In fact, India currently has fewer civil helicopters than Switzerland. In Brazil, a developing country like ours, the city of Sao Paulo (similar to Bombay & Delhi) itself has about 750 helicopters.

However, despite the above statistics, the market and industry remains optimistic on the India helicopter story. This is clearly demonstrated with the establishment of joint ventures in India by helicopter majors like AgustaWestland, Sikorsky and Eurocopter, hoping that local production will give them an edge as they compete to win orders especially in the military segment.

Questions were raised about this missing industry when India was under the world’s strictest coronavirus-induced lockdown last year. India’s nascent drone industry came to the fore in this period, and has since received a boost.

Addressing the Aero India 2021 exhibition organised by industry body FICCI earlier last month, Civil Aviation Minister Hardeep Singh Puri said India’s helicopter operations are well below potential. He compared fleet figures of India with other countries such as Brazil, which has around 1,250 choppers, Australia (nearly 2,000) and the US (over 14,000).

“India’s helicopter market is dwindling fast. More and more people are increasingly selling their helicopters or sending them back to the country they got them from,” said a source in the industry, who did not wish to be named.

“What is holding us back in India is that helicopters are being treated as fixed-wing planes. There is not enough flexibility in the rules. The government is not permitting too many places for helicopters to land outside airfields or airports,” said Colonel Paramjit Singh, joint general manager of government-owned helicopter service firm Pawan Hans, and a former armed forces pilot.

A parliamentary panel raised similar concerns last week. In its report tabled on 17 March, the Standing Committee on Transport, Tourism and Culture, headed by Rajya Sabha BJP MP T.G. Venkatesh, asked the Ministry of Civil Aviation to “adopt a futuristic approach in connecting important tourist destinations in the country, through helicopter services, in a planned manner”.

The panel also emphasised “the need to ensure adequate infrastructure, amenities and facilities at the heliports”.

In his deposition before the committee, Aviation Secretary Pradeep Singh Kharola enumerated how the Directorate General of Civil Aviation is marking helipads across the country. This move is necessary to help boost helicopter operations in India, according to industry players.

“Helicopters are being operated from airports — which means there are landing fees, navigation charges and more. Due to this, the cost of operation hikes up. We need heliports that charge less than airports so more people can afford to use the services,” said Singh.

Besides the 33 helicopter routes and five helipads that have been awarded under the flagship regional connectivity scheme — known as UDAN, which will expedite helicopter operations, Kharola told the panel, “The Ministry has scaled down infrastructure requirement for helicopter operations depending upon the existing volume of operations and requested the concerned state government for speedy development/upgradation under revival of airports/heliports/water aerodromes scheme”.

However, Singh believes the helicopter routes awarded under UDAN is mere tokenism.

“Only a few routes such as Chandigarh-Shimla-Kullu-Dharamshala, which have opened have actually helped connectivity. But helicopter operations under the UDAN scheme haven’t taken off the way it should have. The routes are not generating the kind of profits that are needed to keep a route going,” he said.

The National Civil Aviation Policy (NCAP), introduced in 2016, aimed to promote civilian helicopter operations through a number of efforts.

These included separate regulations for helicopters as specified by the DGCA, development of heli-hubs, permission to fly in airspace of 5,000 ft without any clearance from Air Traffic Control (ATC) and rationalisation of airport charges for helicopter operations among other measures. However, almost five years on, none of these have been implemented.

Moreover, 63 per cent of India’s helicopter fleet have a twin engine and are primarily used for offshore operations, VVIP operations, election and corporate flying. Around 37 per cent are single engine helicopters meant for religious tourism flights, hill flying, private flying and sightseeing.

“Helicopter Emergency Medical Survey unfortunately has been a non starter in India as a result of roadblocks and interdepartmental jams, and as helicopter services are considered as a critical lifeline the world over, it is time, the Ministry and the Government take steps to formally recognise its contribution with community and economic development,” Martin said.

There is a need to adopt policies that cater to the helicopter’s inherent flexibility, he said.

“The government should consider realigning heliops as an essential transportation service, with it allow for greater airspace access up to 500 ft in cites, allow for development of heliports all over major metropolitan cities and with it, set up unified rules for rooftop helipads and mandatory helicopter access with all hospitals,” he said.

On the ongoing disinvestment of Pawan Hans, scheduled to complete by 2021-2022, Singh said it will make the company more efficient.

“PSU practices are not as efficient as the private sector. Other than that, I don’t think there will be any change. We are already competing with our contemporaries and have lost a lot of market share because of inefficiency,” he said.

Despite these bottlenecks, India due to its terrain and vastness is a helicopter country and offers phenomenal potential for usage of civil helicopters for public good. However, for this industry to grow and become viable there is a need to address the various issues affecting the growth of civil helicopter industry on priority by the main stake holders, like the Ministry of Civil Aviation (MOCA), the Director General Civil Aviation and the and the Airports of Authority India, failing which the prospects will remain gloomy, proving all world market surveys wrong.
The MOCA strategy for the civil aviation sector in the next five years includes providing impetus for growth of helicopter industry and this must be implemented with the seriousness it deserves.
#KhabarLive #hydnews