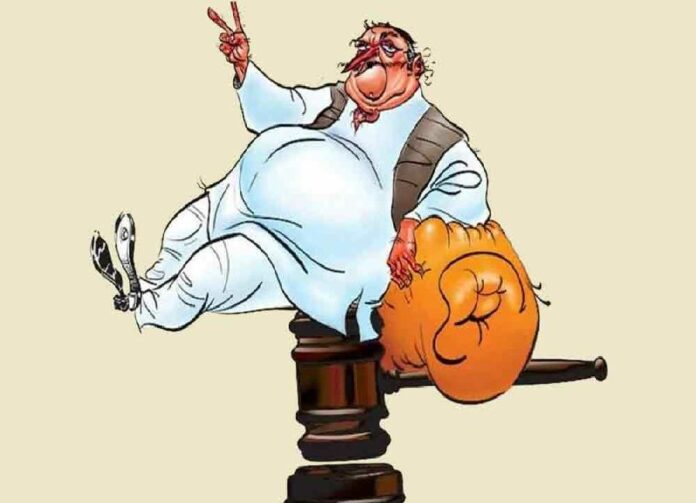 In its extreme form, it can be seen to be bad in the sense that it shows an utter lack of integrity. In its milder form, there is nothing wrong in accepting that, sometimes, opportunities are there to be taken.

But in reality, that does not happen. They seem to have lost courage to say ‘Yes, this is the decision of our national party and we stand by it’. We have seen how the State Congress leaders from Andhra region opposed bifurcation of the State while Telangana leaders were either playing safe or making excuses by telling that it should be bifurcated only after the agitation reached its peak. Apparently, both were playing to the gallery.

After bifurcation, when the residuary State of Andhra Pradesh was demanding Special Category Status as promised by the then Prime Minister Manmohan Singh in the Rajya Sabha in response to a demand by the BJP that the period of special status should be for 10 years, the Centre had decided not to give Special Category Status but the State BJP kept on saying that it was representing and trying to convince the Centre to rethink its decision.

When it became clear that special status was a mirage and would never be given, they started saying that the Centre was very generous in announcing the special package which gives more benefits than special status. In regard to Amaravati as capital city, the State unit had supported in the Assembly. They praised the farmers for giving land under land pooling.

But once there was change of government and serious friction between the TDP and the BJP, they started criticising the previous government for not completing the construction of capital city forgetting the fact that even the BJP government took over a decade to give a shape to Naya Raipur. The BJP was in power for three consecutive terms there since 2003.

When the present Andhra Pradesh government came up with the proposal of three capitals, the State BJP had two different voices. One group said the BJP at Centre had no role in it and it was the decision of the State government. Another group said it was not proper to shift capital city, supported the agitation by the farmers of Amaravati capital region who had given their land under land pooling for construction of capital city.

Now comes the issue of privatisation of Visakhapatnam Steel Plant. Here again the Prime Minister made it clear that the government had no business to be in business, but the State unit says they are opposed to such move and will put pressure on the Centre to rethink the decision. They also participated in some demonstrations.

It is not that such an opportunism surfaces only in India or so. The phenomenon sustains itself due to various reasons. That is why we see the same debates raging again and again in our Assemblies and Parliament.

Only difference in it is that the Treasury benches might be speaking the language of the Opposition and the Opposition, in turn, might be appealing to the moralities and ethics of the ruling party in a given situation.

But it is also welcome. There is nothing wrong in members speaking in a particular tone and tenor depending on their status at that point of time in the legislative bodies. Real problem arises when the ruling parties try to bulldoze the minority.

Just because one has come to power with a big majority, one need not humiliate or give a dressing down to those sitting across. Power is fleeting. Moreover, in a democracy like ours, it is usually a five-year feast for the thick-skinned.

So why should such a passing phase go into their heads. A man is not known by the position he holds. He shall be remembered for his actions, his omissions and commissions. He shall be regarded for his speech, conduct and behaviour.

The kind of debates we are witnessing in the august Houses nowadays keep reminding us this factor every day. Speaking in Parliament on Monday, Union Home Minister and No. 2 in the Cabinet, Amit Shah, stated that Parliament, in the past, was doing religion-based politics and hence POTA (Prevention of Terrorism Act) was removed.

However, the statements of Amit Shah, the president of the ruling party that works on the principles of right-wing Hinduism, come as an irony.

It is everyone’s knowledge that the BJP managed to come back to power for the second consecutive term with a huge majority by igniting religious sentiments and Hindu nationalism.

There has been huge public outcry against the BJP’s anti-minorities policies since the party gained prominence in the country. Being the president of a party, which even resorted to demolish a centuries-old mosque in its uncanny efforts to get political power, Shah’s statements come as preposterous attempt to show the already waning Opposition Congress in bad light.

There are issues of responsibility, values, accountability and, of course, consistency that cannot be ignored to discuss and comment about. Politicians should assume responsibility for their own actions rather than putting the blame on someone else.

Why this duel policy of national parties? Why can’t they be honest enough to follow the decision of the Central party leadership? Is this not opportunistic politics? Even on issues like hike in petroleum prices, the State units demand that the governments reduce the VAT percentage but when it comes to the Centre, they are silent.

Union Ministers justify the hike saying that it was because of international prices of crude oil. If the government has no business to be in business, it also has no business to be a mute spectator when prices shoot up beyond a limit. It can have a large heart and forego part of the VAT or show the courage of bringing the petroleum products under GST.

They are in power in 18 States and if they want, they can bring it under GST. As the Prime Minister says, they cannot take hard decisions in running PSUs, but can’t it take even hard executive decisions like bringing petroleum products under GST? The Congress party which now finds fault with the BJP for everything is no different. All political parties chant same mantra, ‘Paisa Mein Parmatma Hai.’ #KhabarLive #hydnews