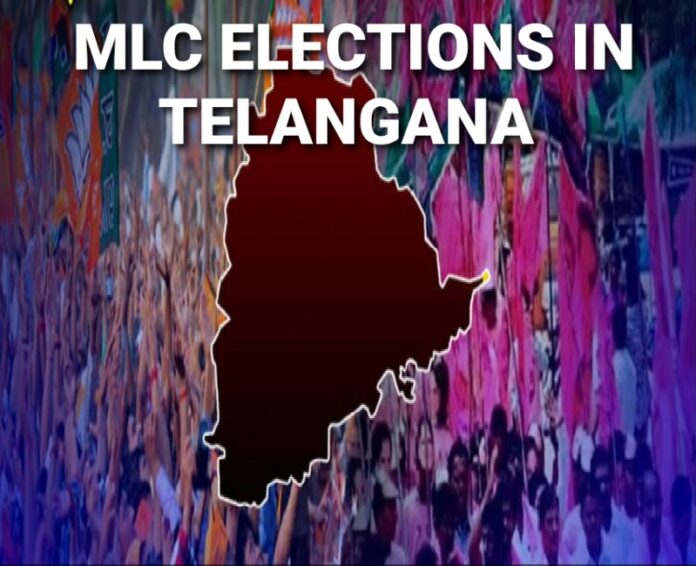 In Telangana, main political parties are stressing to cast the first preference votes to their candidates, as the elections are closer, their campainging at peak.

As two days left for the MLC polls in Telangana, the main political parties have intensified their campaign and are asking all the party voters in the two graduates’ constituencies, Hyderabad – Rangareddy- Mahbubnagar and Nalgonda- Warangal- Khammam not to exercise second preference votes.

One voter one vote and that too only first preferential vote is to be cast. This is the direction given by TRS, Congress and BJP to the graduate voters in their respective parties.

This was done in the wake of the independent candidates campaigning for each other and have been telling the voters to give first preference votes to them and second preference to the candidate supported by them. The TRS claims that at least two lakh TRS activists are registered as voters each in Hyderabad and Nalgonda graduate segments. The BJP claims it has nearly 3-lakh voters in the Hyderabad segment. The Congress is claiming 1.5 lakh tribal votes were registered by Congress and they will support the party candidate Ramulu Naik in Nalgonda segment. AND THE Telangana TDP confident to get a lakh of votes registered in Hyderabad region. The TRS, BJP Congress and TDP were confident that the registered voters of their parties cast single vote it would be enough to win the seats in the graduate constituency.

In the last elections, TRS MLC P Rajeshwar Reddy won the MLC seat by second preference vote. If cross voting is done in the second preference votes, the main parties will lose the winning chances. “BJP is ahead of two other parties in educating their party in regard to single vote concept,” said a leader.

TRS in-charges in every poll bound assembly constituencies were holding special meetings to explain to their registered party voters about the risk of casting second preference votes.

However, these parties are worried about the possibility of allurement by rival parties for second preference votes. Congress alleged that the efforts in that direction were on in Khammam and Warangal districts where the left party and some independent candidates were giving tough fight to the main political parties. #KhabarLive #hydnews