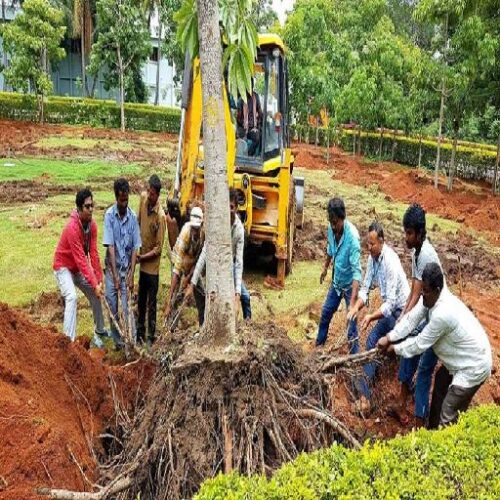 GHMC – the apex civic governing body has taken an initiative to protect the environment by appointing ‘Tree Surgeon’ to protect the Ailing Trees in Hyderabad limits. 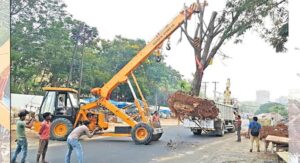 Following the footsteps of Brihanmumbai Municipal Corporation (BMC), the GHMC, along with other municipal corporations and urban local bodies (ULBs), has decided to appoint a tree surgeon to protect vulnerable trees from falling.

Even as the government is spending hundreds of crores of rupees to increase the green cover in Hyderabad, the engineering wings of nodal agencies, which have been executing footpath projects, are putting the lives of several trees at risk.

These nodal agencies are unscientifically sealing the trees growing along the pavements with cement concrete which makes it impossible for the civic staff to water them. While some big trees may have roots deep enough to penetrate to the groundwater, several others do not and will eventually dry up and die.

The nodal agencies have to primarily address this issue to save trees which have been dying a slow death over the years.  Planting trees on the footpath itself is unscientific. The Metro Rail is already cutting off sunlight, which is food for plants, and locking them in with cement and tiles will further reduce the life cycle of any species. 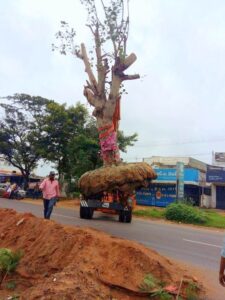 Saplings should be planted on the centre median so that they will not be felled during road widening which inevitably happens in rapidly growing cities. The GHMC and HMRL should immediately rectify the errors in the existing footpaths and should have a long-term plan to protect trees and save the city from pollution which has been increasing alarmingly, according to ecology experts.

An urban bio-diversity official who did not want to be named said the city had already lost more than 3,000 trees over the past three years because of such unscientific methods as also due to weather conditions. He said half to one-foot space must be left around the plant for watering. Citing the BMC model, municipal administration and urban development minister K.T. Rama Rao directed the principal secretary to adopt the same model in all municipal corporations and ULBs including the GHMC. “We would soon conduct a comprehensive study to take up the project on pilot basis,” the official added. 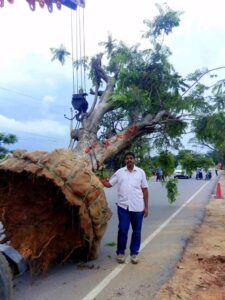 Vaibhav Raje who has been appointed arborist by the BMC, has told the media that the physical attributes of trees were recorded and then the corporation would identify structural, physiological defects, presence of any decay or disease, condition of the soil and roots, along with the condition of the site where it was growing. The corporation would get a base map on the trees under high-risk and low-risk and it builds a road map to work on the trees. He said it was like preparing a medical history of trees.

During 2016, the GHMC replaced the existing Peltophorum pterocarpum (konda chinta), gulmohar and other species with tamarind, neem, peepal, and flame of the forest trees under the Telangana government’s ambitious ‘Haritha Haram’ programme. These species are better able to withstand any weather conditions.

There is a dire need of tree reha as city has already lost more than 3,000 trees over the past three years because of such unscientific methods as also due to weather conditions. #KhabarLive #hydnews