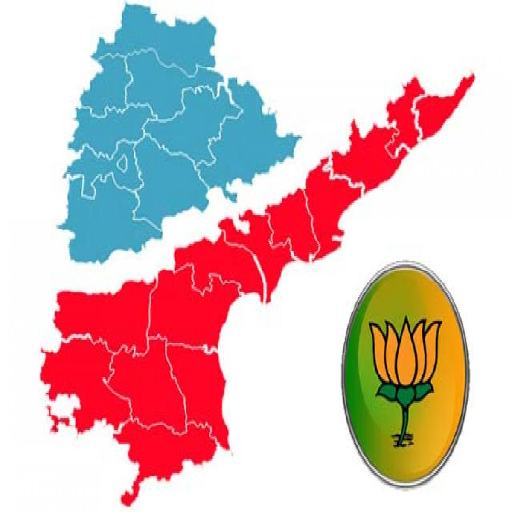 The intentions of BJP is very clear to dominate the state with hinduvta, ek rashtra vikas agenda, communalism and divide and rule. This formula experimented several times in Telugu States of Telangana and Andhra Pradesh but miserably failed.

In both the Telugu states, the Bharatiya Janata Party is trying to expand its base among the Backward Classes. It is trying to admit and promote anyone who comes out of the ruling regional parties and trying to give an impression that they want to bring the backward leaders to power. This has been their aspiration in the united Andhra Pradesh and in the divided two states. The recent trapping of Eatela Rajender and admitting him into the Hindutva party is part of that strategy.

The BJP adopted this strategy in West Bengal where a regional Trinamool Party headed by Mamata Banerjee, a Brahmin woman leader, is in power. It first promoted Dilip Ghosh, a Sadgop backward leader, as the party president. Sadgops are historically shepherds and cattle herders in Bengal who were treated as disrespectable people by Brahmins, Kayasthas and Vaidhyas. These three castes also are known as Bhadralok with common cultural status. These three castes are highly English educated by starving the Shudras and Namashudras (Dalits) of that language. They did not even implement reservation in that state keeping the productive castes completely marginalised. This was the worst casteist legacy that the left Bhadralok leaders handed over to the masses.

Ever since independence in 1947, only Brahmins and Kayasthas have ruled that state. Modi and Amit Shah thought that the BJP can come to power only with Shudra and Dalit votes as they do not get Muslim and English educated Bhadralok votes in that state. In the 2021 elections, the BJP purely organised on caste lines and became an opposition party.

In north India — particularly in Uttar Pradesh and Haryana where the backward class leaders were in power — they brought in leaders like Adityanath, a Ksatriya; Monohar Khattar, a Khatri; to power. They are trying to work caste-based calculations more carefully than the Congress at the national level and at the regional level.

But in the south, there is a different situation. The Brahmin, English-educated leaders went out of power a long time back. Mostly Shudra regional leaders are in power as they weakened the Congress step by step. The implementation of reservations in the south Indian state universities and government services are done according to the rule book. Tamil Nadu took the lead in the reservation ideology and implementation process.

Even in the north Indian states like Gujarat and Madhya Pradesh, where the BJP was in power for a long time, the pro-poor welfare schemes were minimal. In these states, the education system is very backward and English medium education is weakest. They are in fact opposed to English medium education as part of their ‘Hindu, Hindi and Hindustan’ ideology. They only allow private sector English medium schools and colleges if they are run by monopoly companies that support them financially.

In Telangana and Andhra Pradesh, even if the BJP makes BC leaders Chief Ministers, the problem is that their welfare agenda is not in the hands of the state units of that party. The welfare economy of Andhra Pradesh, Telangana, Tamil Nadu and Kerala is several fold higher than any BJP-ruled state in the country. Take for example the old age pension. In AP and Telangana, people get Rs 2000 per month for those who are above 60 years. This scheme is not there in BJP-ruled states. No BJP-ruled state has residential schools for SCs, STs and OBCs. The SC/ST/BC budget is not comparable to any south Indian state where the regional parties are in power versus the north Indian states where the BJP is in power.

The main drive in the BJP-ruled states is not economic and educational development but religious issues. Even the Chief Ministers are given direction by the RSS on how the government should focus around religion and temples by constantly opposing Muslims and other minorities. Madhya Pradesh, Uttar Pradesh and Gujarat are good examples where the backward classes are sent on pilgrimages with government expenditure and constantly made to live in superstition without allowing them to improve their educational standards.

In AP as of now, the biggest welfare agenda is around education. In Telangana, it is the Rythu Bandhu. There is no doubt that the Rythu Bandhu programme is putting more money in the accounts of those who own more than 10 acres, which is not a good thing. That money should have been shifted into school and college education and employment. If the BJP comes to power with a BC leader as the Chief Minister, for such leader, spending on quality education and farmer welfare will not be possible because the BJP is not a region centred party. It is a national party that will not accept anything but a religious agenda. No Chief Minister can go out of that agenda.

The first Chief Minister while working from a national party like Congress to raise the bar of welfare in the state was YS Rajasekhara Reddy. But for that, he needed a big status of a mass leader to get votes on his own and put the central agenda in check. He did that. No BJP Chief Minister, including Modi, evolved such welfare schemes independent of his national party agenda. He was more robust in implementing their anti-Muslim agenda, but not SC/ST/OBC welfare agenda.

In Telangana, the Congress state unit failed in evolving a better welfare agenda than the TRS, which itself does not have a very good welfare agenda. The Congress state units also heavily depend on their national agenda, which does not allow very effective welfare schemes. The BJP is a more rigid national party than the Congress, which hardly has democratic vision. The BJP did not accept Modi’s sabka saath, sabka vikas agenda in his second term hence it has drawn him into very anti-Muslim issues like Kashmir, CAA and Delhi riots.

The most effective welfare agenda that BJP cannot think of accepting is AP’s English medium from KG to higher education, and the financial backup for the family of students. Once the SC/ST/BC masses realise that the effectiveness of English medium education with a strong financial back up like Amma Vodi and fee reimbursement, they will not get into the BJP fold. In Telangana also, either the ruling party or an alternative regional party could implement similar English medium school, college education, and strong fee reimbursement and parental financial assistance programmes. People do not vote for the BJP because it promises to make a BC leader the Chief Minister.