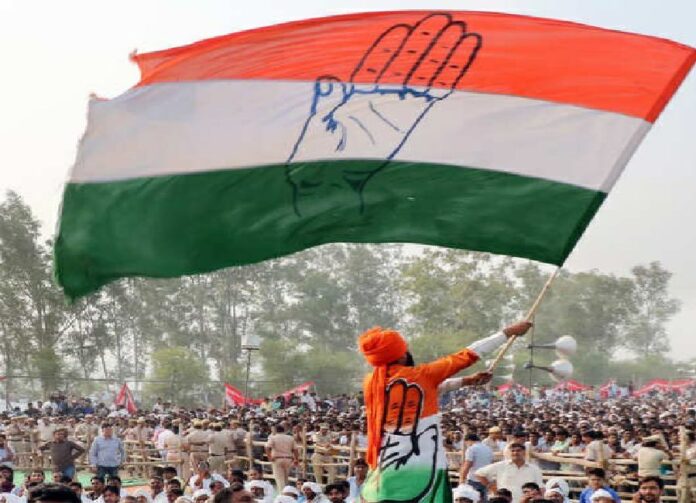 The frequent squabbles in public glare by Telangana Congress leaders are showing the party in poor light at a time when it’s fighting for survival. Open challenges are being exchanged over leadership issues and differences over allotment of party tickets aired in the media’s presence.

Over the past week, DCC president Kuna Srisailam Goud quit the beleaguered party and joined the BJP saying the leaders were busy targeting each other rather than the government while another filed his nomination for the Hyderabad Graduate MLC seat where the party has fielded its veteran G Chinna Reddy.

However small these instances are, they reveal the scourge of infighting and groupism that has been taking a toll on the party ever since the race began to occupy the TPCC president’s post in December 2018 when Uttam Kumar Reddy offered to step down.

A Revanth Reddy, Malkajgiri MP, is making a high decibel pitch for the post but is vehemently opposed by old timers on grounds like being an accused in the cash-for-vote scheme and a relative newcomer to the party and by some demanding appointment of a BC leader. But the high command is not cognisant of the urgency to identify a leader who can take on a powerful and wily KCR and an aggressive Bandi Sanjay of the BJP, a party that is on the cusp of replacing the Congress as the main opposition.

Congress can ill-afford this luxury when it needs to recover from its poor showing in the Dubbaka and GHMC polls. More so when elections to three seats in the Legislature, all prestigious, are in the offing. One of them is for the Nagarjunasagar Assembly seat where the party is fielding its heavyweight K Jana Reddy who stands a good chance of wresting the seat he represented seven times earlier. The ruling TRS and BJP are struggling to pick strong candidates.

Telangana Congress is following the pattern of bickering between rival factions in Madhya Pradesh and Rajasthan. The Congress government in Madhya Pradesh collapsed while the one in Rajasthan survived the toppling attempt. The rot actually begins in Delhi where the leadership, stuck in the imperial style of functioning of the 70s and the 80s, cannot even put up a credible fight in Gujarat municipal polls to retain the opposition space.

This raises the question whether the Congress is up to the task of regaining its past glory because of memories that are still fresh of how it failed to form the government in Goa and Manipur despite being the largest single party. In Puducherry too, no worthwhile campaign was mounted to save the sinking Narayanasamy government by plugging the trickle of defections.

For the first time since the 80s, the Congress does not hold power anywhere in the South. It has minimal presence in the North-East and large swathes of North. It rules in Rajasthan, Punjab and Chhattisgarh on its own strength and is a partner in the Aghadi coalition in Maharashtra and the Hemant Soren government in Jharkhand. Nationwide, it has around 780 MLAs against 1,380-plus of BJP, highest by any party in the last 25 years.

With the first phase of polling for the four States and Puducherry scheduled for March 27, a cogent pan-India strategy with subsets for States where it is pitted against regional parties is not discernible. The details will surely come later but where is the effort to pitch Congress as an entity with a distinct ideology, a hoary past and a party with a future.

In contrast, the gears of BJP’s well-oiled machinery and its “Jai Shri Ram” agenda are smoothly falling in place in tandem with the approaching elections. Prime Minister Narendra Modi has toured all the States, West Bengal more than once, while Home Minister Amit Shah, BJP chief JP Nadda and other party brass have campaigned more than once in the poll-bound States.

Rahul Gandhi, Congress MP from Wayanad, is matching them mile for mile but other leaders, but many other party leaders are not raising a finger to complement his efforts. Worse still, the G-23, a ginger group of leaders unhappy over the vacuum at the top, are reportedly planning public meetings to rally progressive forces against “BJP’s majoritarianism”. The only exception is Chhattisgarh Chief Minister Bhupesh Baghel who is camping in Assam to replicate the “Chhattisgarh model of booth management”.

Elections are a passing phase, whether a party wins or loses. What a party needs, besides an ideology, is the ability to convince people for reasons behind contradictions over past and present stands such as the farm laws besides a clear articulation of its line on emerging issues. In the coming elections the Congress must convince people why it is allying with CPM in West Bengal and Assam and opposing it in Kerala.

Rahul Gandhi’s articulation of critical issues is often shallow. Otherwise, it is diversionary. He resorts to name calling or one-liners like ‘hum do, hamare do” where the message gets mixed – whether he is lampooning big industrialists or parodying crony capitalism. The BJP was quick to capitalise on his recent gaffe criticising the Centre for failure to create a Ministry of Fisheries when it already exists and his disparaging remark about politics in North India compared to the South.

His shortcomings, no matter how impressive swimming in the sea off the Kollam coast was, are only one facet of the Congress’ decline. For now, it is a party obsessed with internal issues like finding the next president and tackling the G-23 leaders rather than discharging its responsibility of giving the BJP a stiff fight in 2024. #KhabarLive #hydnews