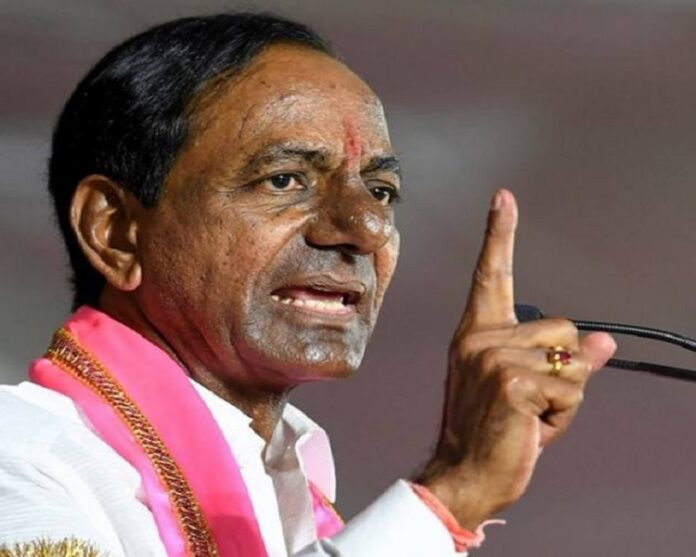 Whenever there is a crisis time for Telangana Rashtra Samithi, party president and chief minister K Chandrasekhar Rao has the knack of whipping up the Telangana sentiment to attract the people and run down the opposition.

With the by-election to Huzurabad assembly seat turning out be prestigious for him and the TRS facing an acid test, the chief minister has once again took out the weapon of Telangana sentiment to trigger passions among the people.

He sought to equate the Dalit Bandhu scheme, which he had launched recently as a pilot project in the poll-bound Huzurabad, with the Telangana statehood movement spearheaded by the TRS.

At the review meeting held at Karimnagar, KCR vowed that he was ready to sacrifice his life for the implementation of Dalit Bandhu, like the way he had done for achieving the separate statehood for Telangana.

“Implementation of Dalit Bandhu is like fighting for Telangana statehood. Like I fought for the statehood, I will fight till the last drop of my blood for the comprehensive development of Dalits,” the chief minister said.
KCR asserted that with strong will and commitment anything could be achieved.

He called upon the Telangana society to come forward for the economic and social development of the Dalits, eradicating the discrimination against the Dalits.

“We have made the beginnings for the Dalita bandhu Maha Yagna. We will implement the Dalit Bandhu project, which is being implemented on a pilot basis in Huzurabad with support from you all. Not only in Telangana, we will make the scheme a lesson which the entire country should learn,” the CM said. #KhabarLive #hydnews