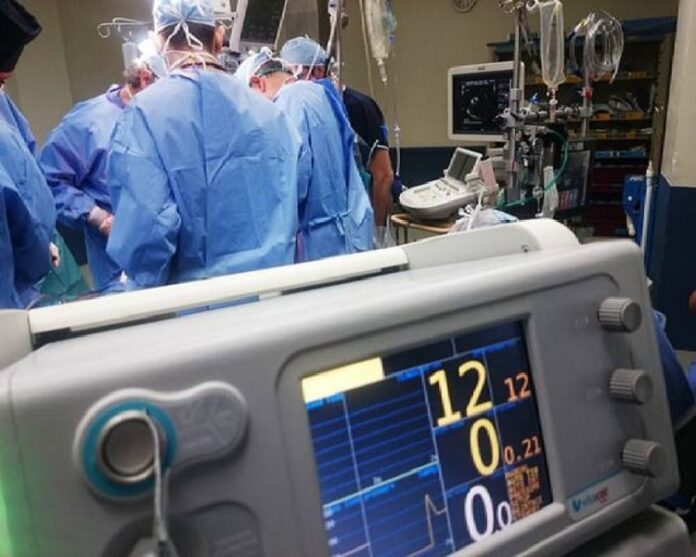 Despite the pandemic, many global med-tech companies brought COVID-specific product designs and specifications from the US to India to collaborate with Telangana manufacturers. The Telangana medical devices market is expected to grow from USD 11 billon to nearly USD 50 billion by 2025.

There is no doubt that Covid-19 has had severe implications on almost all sectors of the economy including the medical device industry. Although there was an all-round and immediate stimulus provided for Covid-related medical devices, the sector as a whole had to face loss of sales and revenue, at least for some duration.

According to the Medical Technology Association of India, because of Covid-induced de-prioritization and decline in elective surgical procedures and treatments, there was a 50 to 85 per cent fall in revenue during April-June quarter last year. The overwhelming disruption triggered by the pandemic had not only led to supply chain snags, but the increased cost of freight movement further hurt the industry. Given the Telangana manufacturers’ dependency on foreign components, this was a particularly critical factor.

However, notwithstanding these challenges, from the standpoint of investment, the Telangana medical device industry has remained vibrant and conducive to both foreign and domestic investment even during this period.

Although it may seem counter-intuitive, the fact that foreign investment in the sector shot up by 98 per cent y-o-y in 2020, almost doubling in the year of the pandemic as compared to the previous year attests to the long-term robustness of the Indian medical device sector and the confidence that foreign players repose in the domestic economy.

In fact, in the last five years (2015-2020), the country has received USD 600 million with major investments coming from Singapore, United States, Japan and Europe. And among medical device categories that most attracted these investments have been equipment, instruments, consumables and implants.

In May last year, when the sector was navigating through the first phase of rough Covid waters, Japanese investors had displayed interest in setting up a manufacturing base for in vitro diagnostic device (IVD) and medical electronics in the country during their discussions with Association of Manufacturers of Medical Devices Of Telangana (AMeDT).

In fact, as part of the initiative, Telangana is eyeing 200 joint ventures with foreign investors for nearly USD 2 billion and above as well as with 50 MNCs for the same amount, apart from looking to forge 1200 technical collaborations with Telangana investors for nearly USD 5.7 billion. Similarly, a number of global med-tech companies did bring COVID-specific product designs and specifications from the US into India to collaborate with Telangana manufacturers.

And this confidence stems from the fact that the regulatory environment for medical devices sector in recent years has continued to evolve as more appealing and investor-friendly. Back in 2014, the government had recognized this sector as a sunrise sector under the Make-in-India campaign.

With the aim of encouraging all possible investment, the rules have allowed up to 100 per cent investments for both Greenfield and brownfield through automatic route into this sector.

Then in 2017, the Medical Devices Rules aligned the country’s regulatory structure with Global Harmonization Task Force (GHTF) guidelines stipulating a four-way risk-based classification of medical devices while also granting perpetual license to a manufacturer subject to fresh application and retention every five years.

From the foreign manufacturers’ standpoint, the 2017 rules did away with the erstwhile need for registration and now the appointment of a local authorized agent could facilitate imports into the country. Further, under the Medical Device Amendment Rules 2020 laying down mandatory registration with appropriate authority with different timelines for each class of equipment not only infuses transparency but also firms up quality assurance of the products.

In terms of the latter, the requirement for obtaining ISO 13485 certification further inspires confidence in the Indian medical device sector. Administratively speaking, the government established the National Medical Devices Promotion Council in 2018 with a view to further streamline and give directions to the domestic medical device sector.

Of course, this has to be evaluated against the increasingly unfavourable investment climate in other countries such as China in terms of raw material and labour costs, unfavourable trade policy, IP protection issues, low level of domestic technological base etc.

Foreign investor would do well to remember that the Atmanirbhar Bharat programme driving the self-sufficiency crusade of the government is not antithetical to foreign investment and holds tremendous opportunities for the latter.

From ever-increasing investment in medical device parks and clustering projects with the view to develop world class infrastructure and testing facilities to the Production Linked Incentive (PLI) scheme allowing incentives on incremental sales on certain categories of medical devices, each of these offer prospects wherein foreign investors can also participate and reap dividends in the long term.

That the Indian Ambassador to the US cited the PLI scheme as one segment, among others, where US investors could contemplate investing demonstrates that India is actively seeking FDI into these domestic make-in-India programmes.

Furthermore, with med-tech and medical device startups making their presence felt along with several businesses reinventing themselves to manufacture Covid-related supplies in the last one year, this is another space where foreign investors can participate and indeed they have participated.

Along with telemedicine serving as one critical element driving the ‘healthcare revolution’ in the country, several new home-grown medical technology/device startups leveraging new-age technologies such as 3D printing, AI, smart sensors and robotics making hi-tech contactless health devices and many others – have attracted considerable amount of funds as foreign investment (and domestic investment) into their companies over the last one year or so. At present, there are an estimated 4000 health-tech startups operating in the country.

In all, the spirit of entrepreneurship displayed by Indian companies in recent times coupled with a proactive government making unprecedentedly high allocation to healthcare with its positive spill over effects for the medical device industry, spells a very bright future for this sunrise sector.

Investors, both foreign and domestic must not let go of this opportunity. Remember the Indian medical devices market is set to grow from USD 11 billon to nearly USD 50 billion by 2025. #KhabarLive #hydnews