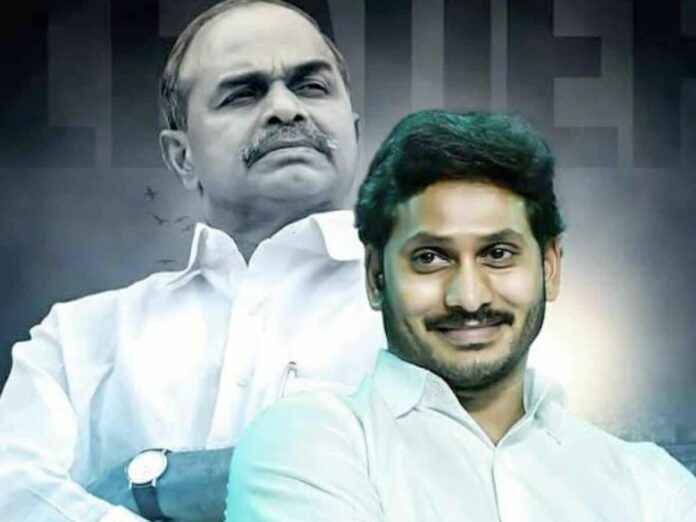 If we obsetve the Chief Minister Jaganmohan Reddy’s welfare schemes, almost a dozen schemes were named after YSR, while three welfare schemes have ‘Jagananna’ as their adjective, if not a proper noun.

The Jaganmohan Reddy government has proven that it is no different from the previous TDP regime when it comes to naming schemes. Promotion of personality has become a refrain.

“The most beautiful people we have known are those who have known defeat, known suffering, known struggle, known loss, and have found their way out of the depths. These persons have an appreciation, sensitivity, and an understanding of life that fills them with compassion, gentleness, and deep loving concern.

Beautiful people do not just happen.” This was the quote of the popular Swiss-American psychiatrist, the late Elisabeth Kübler-Ross, that Finance Minister of Andhra Pradesh Buggana Rajendranath Reddy opened his speech with, presenting a whopping Rs 2.3 lakh crore budget estimates for 2021-22. This was at a specially convened single-day Budget session of the State Legislative Assembly, with a fiscal deficit estimated at Rs 37,000 crore (3.49 per cent of the GSDP) and a revenue deficit of Rs 5,000 crore.

Who the Finance Minister referred to in “…who have known defeat, suffering, struggle…found their way out of the depths” when he quoted Kübler-Ross, is anybody’s guess.

While waxing eloquent on the service motto of his leader, Chief Minister YS Jaganmohan Reddy, the Finance Minister laid more emphasis on the welfare schemes that have largely been christened after the late Dr YS Rajasekhara Reddy (the Chief Minister of undivided Andhra Pradesh between 2004 and 2009, representing the Congress) or Jaganmohan Reddy himself.

Almost a dozen schemes were named after YSR, while three welfare schemes have ‘Jagananna’ as their adjective, if not a proper noun.

Not getting into analysing or dissecting the nitty-gritty of the schemes, their intended deliverables and how the entire budget would unveil the progress of the State. Chief Minister Jaganmohan Reddy himself presented a month-wise calendar of events that would reach the beneficiaries in 2021-22.

The schemes that had the name of YSR as their prefix included:

The schemes that were ‘adorned’ with ‘Jagananna’ are:

Of the total DBT schemes, three programmes — Asara, Ammavodi and Cheyutha — were estimated to cost the exchequer an amount of Rs 16,899 crore. This amount would be raised from banks by depositing the revenue earned through the sale of liquor in an escrow account, it is said. The same would be spent through the State Development Corporation.

There is another scheme that has the names of both father and son — ‘YSR-Jagananna Chedodu’ — intended at providing financial assistance to barbers, tailors and washermen. An amount of Rs 10,000 would be given to individuals annually.

If implemented effectively, the schemes would yield the same result as desired even without their being christened after the Chief Minister or his late father. It is understandable if one or two schemes are named after the late leader. However, how can anybody justify giving the name of the person in office remained a million-dollar question for several years, especially the last seven years.

In fact, YSR himself had named many a project after the late Indira Gandhi and the late Rajiv Gandhi when he was the Chief Minister, but desisted from naming any scheme after himself.

The various other schemes that were named after ‘Chandranna’ included:

And, half a dozen other schemes too had his name as the prefix. These do not include the schemes named after the founder of the TDP, NT Rama Rao.

Apparently, the YSR Congress Government which is loud on criticism of the Chandrababu Naidu regime is apparently silent on the naming of schemes for reasons known to all. Jaganmohan Reddy, a young leader, who literally walked his way up to becoming the Chief Minister, too could not demonstrate magnanimity when it came to naming the schemes. Political obscurantism dominated the presentation of the schemes. How many people would remember the prefix to the schemes is a no-brainer.

Apart from pursuing politics of populism and brandishing the proverbial Sword of Damocles, Jagan has better has his ears to the ground. It’s the deliverance and efficacy of the schemes that should earn the name and win the hearts of people à la ‘ArogyaSri’ — it had the prefix of ‘Rajiv’ that was discretely removed by KCR after the formation of Telangana. In fact, except for ‘KCR kit’ — a suitcase with necessary things given to pregnant women during the time of delivery, no other scheme in Telangana is named after any leader. #KhabarLive #hydnews