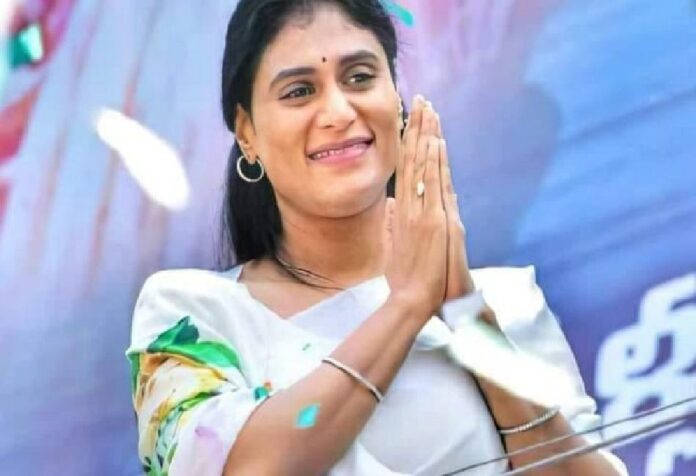 Now that she is launching a new regional political party in Telangana, Y S Sharmila, sister of Andhra Pradesh chief minister Y S Jagan Mohan Reddy, is preparing the ground to project herself as an alternative leader to the Telangana Rashtra Samithi president and chief minister K Chandrasekhar Rao.

On February 9, daughter of Andhra Pradesh and daughter in law of Telangana and politically ambitious YS Sharmila Reddy readied herself to launch her party in Telangana with the promise to bring back ‘Rajanna Rajyam’. She would be contesting the next Assembly elections which political analysts say would be held towards end of 2022.

It is a fact that Sharmila nursed political ambitions and has been the star campaigner for Jagan and had played a key role even when Jagan was in jail. She had organised a yatra during the period when Jagan was in prison and had consciously built her profile. So much so that political opponents felt that it was necessary to target her. Her personal life was written about as was her husband Anil Kumar’s evangelism, with allegations that he was indulging in religious conversion with the support of the government.

But soon after the 2019 Assembly elections that swept Jagan Reddy to power, Sharmila fell silent. Hardly being seen with her brother since he took office, the rumour mills started to churn. From being spoken of as a possible minister or a Rajya Sabha MP, Sharmila disappeared from the political headlines, until now.

There were speculations that Sharmila was going to launch a political party in Telangana but no one knew what it really meant and in which direction Sharmila who was known as Jagananna Banam (Arrow from Jagan’s bow) during last election in Andhra Pradesh would travel and who the target was.

Is this a part of the new strategy of TRS to see that they provide a punching bag to the people so that the anti-incumbency votes would be split? Has this plan been scripted based on the advice of political strategist Prashant Kishore? Or Is she being propped up by the BJP, to split the Reddy and Dalit Christian votes?

Well there have been any number of theories making rounds since the day the news first broke out that Sharmila would float YSR Telangana Party. Though initially, the family rift theory was intense, it somehow was not logically appealing. It was said that she had anticipated some position either in government or a Rajya Sabha seat.

Since nothing of the sort had happened and as she was side-lined by her brother, theorists said she decided to launch a party. Fine but if that was so and if it was a rift in the family, she would have launched a party in Andhra Pradesh. What was the logic in thinking of launching a party in Telangana?

Apparently, there is something more than what meets the eye. It certainly is a well-calculated and well thought of move. Theorists are still having field day, but no one knows for sure what the real reason behind Sharmila’s moves to float a new party in Telangana.

The latest theory is people are unhappy with TRS on many issues starting from poor performance on two-bedroom houses, dragging feet in giving unemployment dole and filling of vacancies in government departments. Calculations in Sharmila’s camp is that with her entry into electoral politics, there could be significant shift of leaders and cadre from TRS to her new outfit. If that happens, it would certainly cause dent in the vote share of TRS.

In Khammam district, supporters of YSR are more. Similarly, in Nalgonda and Nizamabad districts Muslims are in good numbers and they too have been hardcore supporters of YSR in the past. Similarly, in Ranga Reddy, Hyderabad, Mahabubnagar and parts of Nalgonda, Reddys and Christians are in large numbers. Her strategists feel that she would be able to attract a major chunk of these sections of voters. It is also said that her husband and evangelist Brother Anil Kumar can also play major role in attracting Christian community, some say.

It is said that Dalit Christians, Muslims and Reddy community account for over four percent of total voters in the state. The focus of Sharmila is to see that these sections rally behind her. In the GHMC elections, the Reddy community, majority of whom had come from Andhra Pradesh and settled here for several decades had voted in favour of TRS.

The question now is will she be able to wean away this section from TRS? Another theory is that though some disgruntled people from these sections may decide to rally behind Sharmila, majority of them would still prefer a time-tested party despite its omissions and commissions.

Interestingly, the social media wing of the TRS initially came out all guns blazing with memes and caustic remarks asking Sharmila to sort out her issues in Andhra Pradesh and not in Telangana. But surprisingly they were later removed which further added to the suspense. It is said that they were removed on the directions of the TRS leadership not to attack Sharmila. This once again ignited the talk that she was being propped up by TRS.

ALSO READ:  No Space For Criticism, Telangana CM KCR With 300 Priests Yagnam At His Farm House

While there were reactions from all political parties most of them saying that Sharmila’s party will not be acceptable in Telangana for two reasons. One she is from Andhra and secondly YSR was against bifurcation of Andhra Pradesh, it was the TRS which maintained stoic silence initially. Analysts however felt that TRS would launch a vitriolic attack before elections and try to rake up the sentiment factor which has now almost subsided.

But in a surprise turn of events, Minister G Kamalakar exhorted the TRS leaders and workers to see that Andhra rulers did not enter state of Telangana and loot away its water, funds and jobs. We need to strengthen the hands of the chief minister K Chandrasekhar Rao who is our protector, he said. After a TRS membership drive in Karimnagar the minister suspected that the Andhra leaders were planning to return to Telangana.

The minister said that YS Sharmila, an arrow in the hands of AP CM Jagan Reddy, plans to rope in Telangana and we should not allow this. After her Jagan will come to our state, and then TDP Chief N Chandrababu Naidu will also come to loot us, he added.”