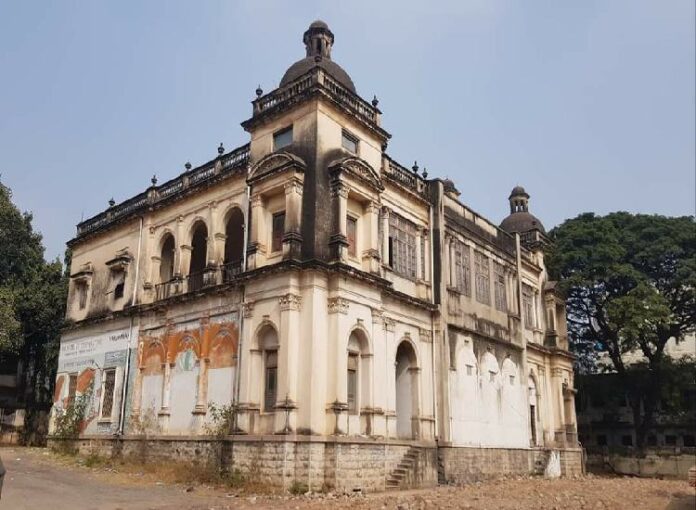 Once majestic edifice, the Mahabhupal Manzil is now just a pale shadow of its grandeur. Apathy is the worst enemy of heritage at Jambagh in Hyderabad is a mute testimony to it. 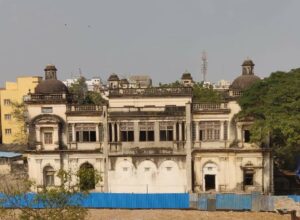 Built in the year 1910 by the then ruler of Wanaparthy Samsthan, Raja Rameshwar Rao-II, the once majestic edifice at Jambagh is now just a pale shadow of its grandeur. Hit by neglect, the historic structure has grass growing all over and at some places, the spread of roots threaten to hurt the manzil itself.

The 108-year-old historical site remained bereft of due recognition and in absence of conservation efforts, has fallen into bad times.

ALSO READ:  A New Trend Of 'Video Shopping' To Curb Side Pick-Ups At 'Inorbit Mall', Enabling Hassle-Free Shopping In Hyderabad 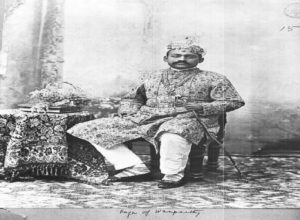 Raja Rameshwar Rao-II had built Mahabhupal Manzil, also called Mahal Wanaparthy, with an intention of making it his permanent residence in the city. He had constructed another architectural marvel in Wanaparthy town, which was his first palace and later in the year 1959, was converted into Polytechnic College.

According to different accounts, the ruler of Wanaparthy Samsthan was an ally of the then Nizam rulers and with a special army of his own was in their support. And to have a residence of his own in Hyderabad, the manzil was built here.

Rameshwar Rao-II was said to have sent his architect Rangadham Naidu to study the architectural marvel of historical Victoria Memorial building in Kolkata before building both Wanaparthy palace and Mahabhupal Manzil. 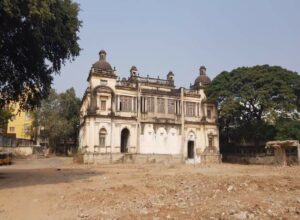 The manzil edifice boasts of intricate European architecture and it was placed in the category of heritage structures of Hyderabad Urban Development Authority. “The two-storey Darbar Hall at the palace is similar to that of British Residency in Koti,” says Madhu Vottery, a conservation architect who worked on Mahabhupal Manzil and authored the book ‘A Guide to Heritage of Hyderabad’.

Over the decades, the structure has undergone several changes. The portico and landscape garden have been replaced with new constructions, she says.

“The semi-circle arch, wooden built-in cabinets and stylish staircases are special attractions at the palace. The stucco work is specifically appreciated. However, the exteriors of the building have blackened over the years and the paint peeling off the walls is now a common sight,” Madhu adds.

Currently, the historic building is being used as a warehouse and the backyard of the building has been turned into a garbage dump area.