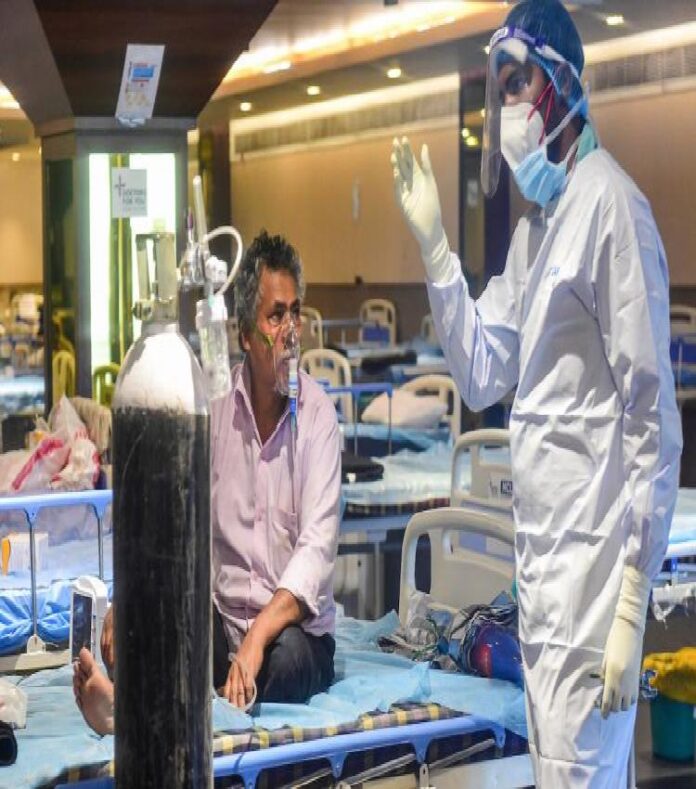 A sudden spurt in Covid Omicron cases in Telangana State, baffled with heavy rush in hospitals the state government has issued an high alert and imposed the strict measures with temporary closing the educational institutions.

There has been an unsettling overnight rise in Covid cases in Hyderabad, Ranga Reddy, and Medchal-Malkajgiri districts.

It appears that Covid-19 is all set to explode in Telangana with the state health department reporting a near doubling of new cases overnight. On Monday, Telangana recorded 482 new Covid-19 cases, a very steep climb from the 274 new cases reported on Sunday.

There has also been an unsettling overnight rise in Covid cases in Hyderabad, Ranga Reddy, and Medchal-Malkajgiri districts, as per the data released by the health department on Monday. In its daily Covid-19 bulletin on Monday, the department said cases in Hyderabad rose to 294 from 212 on Sunday, in Ranga Reddy there were 55 fresh cases on Monday, up from 18 on Sunday, and in Medchal-Malkajgiri district, cases rose from 17 on Sunday to 48 on Monday.

ALSO READ:  ‍‍How To Find Your Lost Mobile In Telangana?

An equally steep rise was witnessed in Mahabubabad district where 18 cases were reported on Monday.

The health department, however, said there was no fresh Omicron variant infected case on Monday among anyone arriving from other countries into the city. It did not say if any of the other cases found in the state were caused by the Omicron variant.

It also said that one more person died of Covid in the state taking the fatalities tally in the state to 4,031. There was also an increase in the number of people listed as active Covid cases on Monday which stood at 4,048, compared to 3,779 on Sunday.

Meanwhile, in a high level meeting felt that there was no need for imposing lockdown in the state since the Covid situation is under control. And Chief Minister K. Chandrashekar Rao declared holidays for all the educational institutions in the state from January 8 to 16.

They said the prevailing Covid conditions in the state did not warrant imposition of lockdown as per the guidelines prescribed by the Centre.

The Chief Minister directed officials to beef up infrastructure facilities in government hospitals to meet any situation in the coming days. He instructed them to keep required beds, oxygen beds, medicines and testing kits ready for the purpose.

Rao directed health minister T. Harish Rao and officials of the health department to set up Basti Dawakhanas in municipalities across the state. He said there was no need for people to panic about Omicron but at the same time he cautioned people not to be negligent. He urged people to remain alert and follow Covid appropriate behaviour like wearing masks, physical distancing and sanitisation measures.

The availability of home isolation kits should be increased from 20 lakhs to one crore and testing kits from 35 lakh to two crores, the Chief Minister said.

He asked officials to utilise the vacant government offices in districts to meet the needs of health and education departments as these offices were being shifted to new integrated collectorate complexes constructed in all the district headquarters. Rao asked officials to enhance dialysis services to offer services to more than 10,000 kidney patients at present.