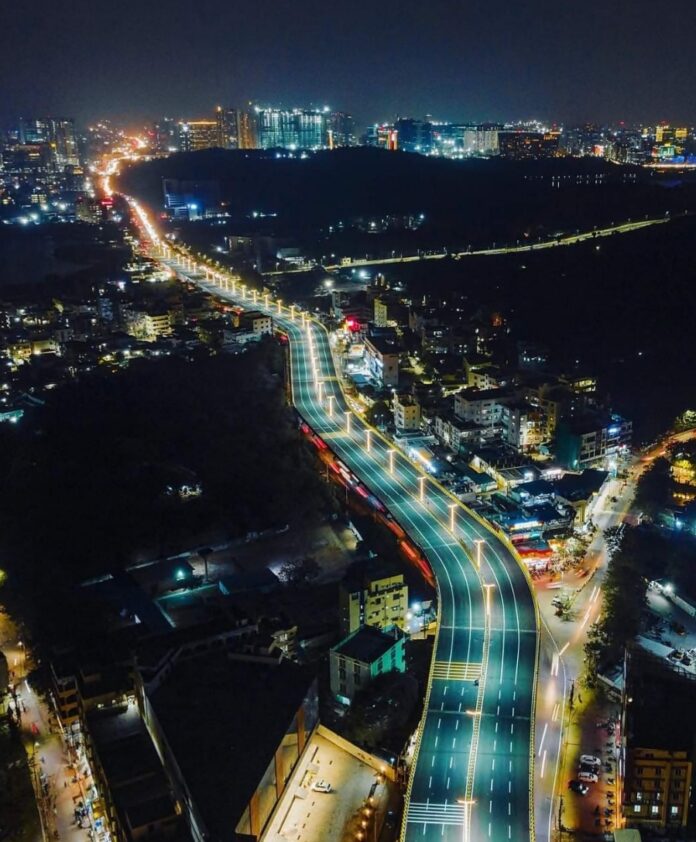 The Telangana’s first full-fledged park under hitech flyover is ready to greet commuters at Shaikpet in Hyderabad.

For the first time in the State, a full-fledged public park complete with over a dozen vertical gardens, walking tracks and urban seating areas, has been developed underneath the flyover at OU Colony, Shaikpet that inaugurated on January 1. The park will provide a much needed lung space for those living in the vicinity and citizens can enjoy the greenery packed with small trees and flowering plants.

The Urban Biodiversity wing of Greater Hyderabad Municipal Corporation (GHMC) has developed this park at an estimated cost of Rs 3 crore, while Rs 333.55 crore has been spent to construct the 2.80 km flyover developed under the SRDP by the civic body.

GHMC officials told #KhabarLive that this is said to be the first spacious public park in the country and second in the country after Mumbai to be developed underneath the flyover. The park is developed on either side of the flyover and includes a walking track, urban seating areas and other attractions.

Vertical gardens have been developed on as many as 16 pillars at the U-turns under the flyover on Biodiversity, Gachibowli and Mehdipatnam sides.

ALSO READ:  Studies, Work, Marriage, Family - Is It Really Necessary For Them To Be In That Exact Order For 'Being Women'?

Similarly, butterflies sculpture and colourful fountains have also been developed on the other side. The idea of utilising the open space under the flyover as a public park could be a role model for the rest of the country, the officials said.

The park has been developed in about 750 metres and is 24 metres wide covering 12 spans of the flyover — eight spans on the Mehdipatnam side and four on Gachibowli side.

The 2.80-km two-way six-lane road was built at a cost of Rs 333.55 crore. The corridor from Nanal Nagar to Khajaguda and in turn to ORR (11 km) will now become a signal-free road. This flyover will ease traffic in Lakdi Ka Pul- Mehidipatnam-Tolochowki-Gachibowli stretch, which is a major traffic corridor connecting Internal Ring Road and ORR. This flyover also connects the major corridor from Biodiversity junction to JNTU junction. #KhabarLive #hydnews