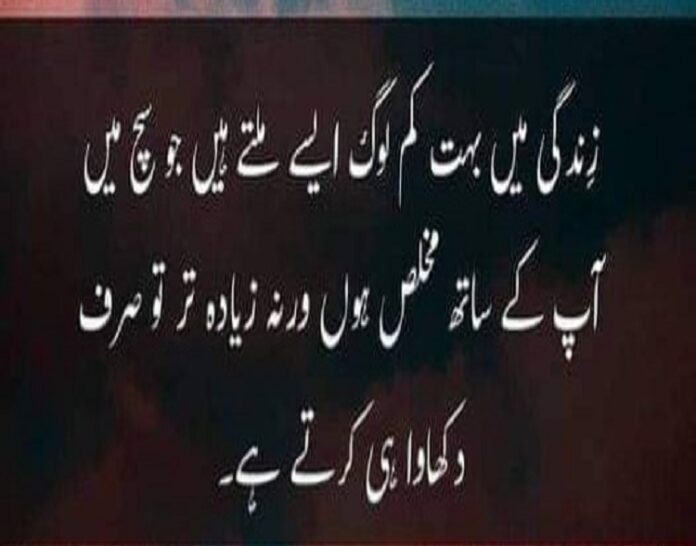 Urdu is one of the most attractive languages that built a popularity of its own since Shayaris have taken a pace in the form of beautiful couplets. The ‘couplets’ have become the face of Urdu dialect these days whose words actually come from the hearts of Shayars (or) Shayaranas who knows the pain of a heartbreak.

Shayaris is mostly associated with  heartbreaks or confessing love to your beloved. So, by now you must have understood that Shayaris can indeed be a beautiful way to convey your emotions with utter depth! You may find many celebrated Shayars across the country and in the city of Hyderabad too, for instance,

Rahat Indori is the biggest face in this arena who is an appreciated Shayar of all times. Who can forget these lines: ‘Itni shiddat se maine tumhe chahne ki koshish ki hai, ke har zarre ne mujhe tumse milane ki saazish ki hai’ (With so much of desire I have always wanted you, and the whole world has now come together to help me be with you), the viral couplet from Shahrukh Khan-starrer that went viral when Om Shanti Om released, such is the influence of it. Shayari is a very rich tradition of poetry and has many different types and forms.

It borrows its style primarily from the Persian language! It’s a Hindi or an Urdu word for a short poem or couplet as mentioned earlier, consisting usually of two to four lines. It has some meter and usually has a profound meaning.

The rhyming poetry as it is called basically comprises a couplet known as Sher. And this is how this form of poetry derives its name Sher O Shayari. Like other languages, the history of Shayari shares its origins and influence with other linguistic traditions within the Urdu-Hindi-Hindustani mix!

Today it forms an important part of Pakistani and North Indian culture.
In the Urdu poetic tradition, most poets use a pen name called the Takhallus. This can be either a part of a poet’s given name or something else adopted as an identity.

So the traditional convention in identifying Urdu poets is to mention the takhallus at the end of the name. In Pakistan, Urdu poetry is written in the standard Nasta’liq calligraphy style of the Perso-Arabic script. However, in India, where Urdu poetry is very popular, the Perso-Arabic is often found translated into the Devanagiri script.

Who would have thought that there will be a day when poetry and Shayari lovers would get to see legends like Javed Akhtar Sahab, Dr. Kumar Vishwas, Kausar Munir, and Zakir Khan share the same stage and narrate Shayari, incidents, and anecdotes from their lives. What felt like a dream was made into a reality that charmed one and all via the ‘India Shayari Project’.

Themed around ‘celebrating poetry, celebrating freedom’, the specials showcased these stellar poets shed light on some very special moments from their lives that gave fans the chance to know them up close and personal.

Having left poetry and Shayari fans with ample food for thought, here’s what the living legend Javed Akhtar had to say about the present and future of Shayari and making it accessible to the youth, “Shayari will continue to exist till the time people can emote and feel. The real question, however, is how it reaches out and strikes the right chord with the audience.

As far as the path where Shayari is headed, I believe that despite the younger generation not being much into reading, they still consume Shayari through electronic or digital mediums and this special is also a way of making it accessible to youth.” With all the eyes on the master wordsmith, he feels that yes ‘Shayari is getting its due appreciation!’“This is the 5G generation, which is fully absorbed into various musical genres.

Who even remembers Shayars? I want to be a responsible  influencer from the Hyderabadi city and bring back the memorable poetic days of Shayaris adding a social message to it and that is what I am up to. I tend to pick up what is happening in the current scenario, intertwine that into the four most relevant couplets that would want my audience to be lost into it.

Earlier I began with the typical dakhani dialect and now it has a little mix of Telugu also into it so that every native can resonate with it. Having said that, I want my shayaris to be out there in every nook and corner of the city,” shares Mohammed Furkhan Ahmed, who gained popularity with his Shayari version of Jhonny Jhonny in the city along with his band.

We have always heard about the known men in this profession, what about the women though? Kausar Munir shares why she is yet to be called Shayara and about women in poetry. She is the woman behind the magical lyrics like Love You Zindagi, Maana Ki Hum Yaar Nahin, Falak Tak among others. “I am yet to be called ‘Shayara as it’s a very big word and needs to be earned and I am in the process of doing that. I don’t think poetry has any gender and neither is it true that I, being a woman, will feel more pain and emotions than a male counterpart.

It’s all about the talent and it cannot be further classified into gender,”she added. Let us agree, one must not go blank when someone recalls a woman Shayara. #KhabarLive #hydnews