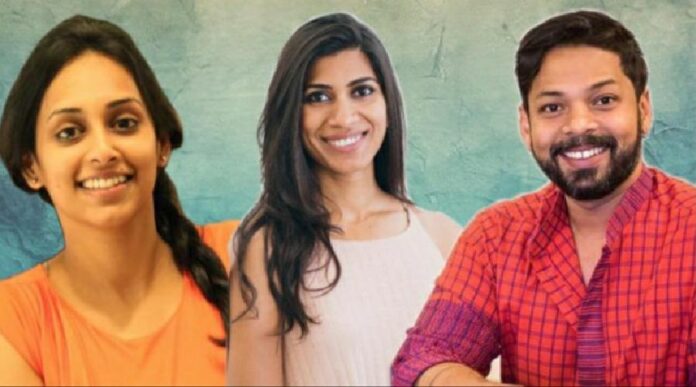 The dynamic and intelligent fashion designers from the city share their thoughts on Hyderabad’s evolution as a fashion centre, and why they chose to stay in the city, #KhabarLive find out.

India’s high-end fashion world is often focused on Mumbai and Delhi but another city is beginning to enter the conversation. Hyderabad is emerging as a promising fashion destination as designers have made major strides in recent years. These city-based brands and labels are turning the city into a potential fashion capital, with more customers for high-end fashion and other designers looking for new opportunities in the south India city. 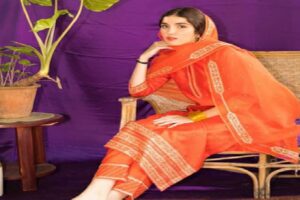 In the last decade, many new designers have opened their standalone stores in Hyderabad. Young designers like Anushree Reddy, Jayanti Reddy and Shriya have started their labels. While Anushree specialises in ethnic wear made out of luxurious fabrics like silk, organza, handwoven cotton and fine tulle, Jayanti masterfully creates clothing out of hand-woven textiles that are naturally dyed. Shriya, of label Shriya Som, spends her time creating classic designs with body-flattering silhouettes.

“Many big designers like Manish Malhotra, Sabyasachi and Gaurav Gupta have opened their standalone stores in Hyderabad, and people from cities like Kolkata, Bengaluru and Chennai visit the city when they want to shop for designer brands. There’s definitely great potential in Hyderabad to become the next fashion capital,” said designer Mrunalini Rao.

When Dr Ganesh Nallari first started his brand and label — Ganesh Nallari and Chic Pea Studios — in Hyderabad in 2007, there weren’t many other designers in the city, especially ones who offered one-on-one consultations. Ganesh had initially graduated from dental school and worked as a dentist before switching careers, and completing his Masters in Fashion Design.

In the 14 years since he founded his label, which specialises in Indian ethnic couture, he’s seen more and more designers opening businesses in the city. When asked what made him choose Hyderabad, he said, “Hyderabad is my home town and I wanted to be closer to home. I recognised that the city has a lot of potential for fashion designers and that made me stay here.” 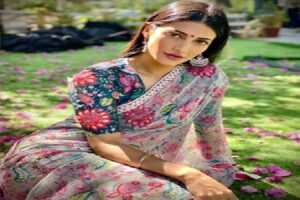 Mrunalini Rao had a similar reason for starting her label in Hyderabad. “My family is based in Hyderabad and I wanted to stay back home. I also saw that the fashion industry in Hyderabad had started growing. Ever since I started [designer] Anushree Reddy after graduating from NIFT, I saw many labels from designers cropping up, apart from the older multi-designer fashion stores.”

And in the years since Hyderabad’s fashion world has begun to evolve, designers have noticed a change in consumers, who are exploring new styles, and are looking to experiment with their clothing.

Deepthi Pothineni, a designer who started her label Deep Thee two years ago, said people in the city can now differentiate between boutiques and designers. “There are many boutiques that create basic designs and their style is very different from high-end designers like Anita Dongre or Manish Malhotra, who have their unique style. People have begun recognising the difference and why they pay the prices they do for the designers.”

Deepthi has also designed clothes for popular Tollywood movies such as Geethanjali and the recently-released Red. “Although I enjoy designing for films, my originality and creativity were getting lost in the process. I did not want to lose touch with it. Film stars have also contributed immensely in prompting people to choose designers to wear more,” she added.

For Mrunalini — who is known for her experimental style of fashion design — brands that people see on the internet often lack originality, and this has made people push their limits. She further credited “big fat Indian weddings” as a prompt for people to spend more money on design wear. 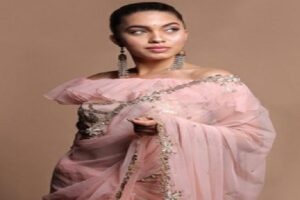 Ganesh said that people are more aware of how they look and how they want to present themselves. And according to Deepthi, an increased spending capacity has contributed significantly to the growth of the fashion industry in the city.

However, though the city has been welcoming of new designers and many have opened stores in Hyderabad, there is still a long road ahead. “The city is not yet flooded with designers like Mumbai or Delhi is. Many designers like us see the scope to grow in the city,” added Deepthi.

But a ‘flood’ of new designers may not be in the city’s best interest, Ganesh notes, as it could lead to a loss of originality for designers. “If you take a look at many stores in the city, the designs will be very repetitive. Fashion designing is not just about creating something. A lot of thought goes into the making of a collection. Every piece of clothing has a story to tell and personally, for me, fashion designing is client-oriented.”

Ganesh hopes to see more people experimenting with fashion, not just at events but in everyday life as well. “Fashion in the city evolves when people start experimenting with streetwear too. A lot of young people are still not prone to experimenting with their fashion. It is all limited to the big functions or parties still. This change in the masses is also a huge step for a city like Hyderabad.”

While Ganesh says the city still has a long way to go before becoming the next fashion capital, Deepthi, quoting a friend, said, “If you couldn’t sell in Hyderabad, you won’t be able to sell anywhere.” She added that while Mumbai and Delhi are ahead in the industry, Hyderabad is growing into a fashionable city and has the potential to be the next fashion capital. #KhabarLive #hydnews