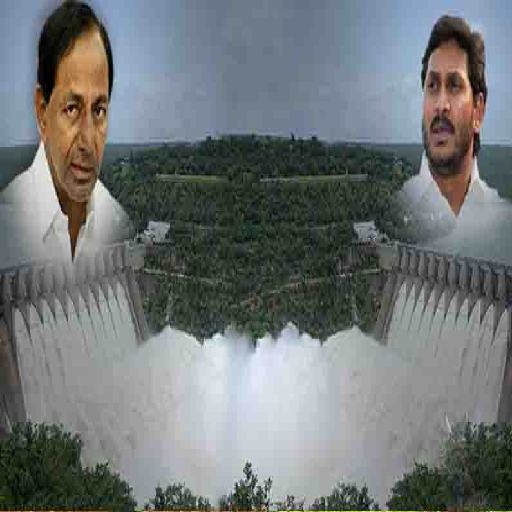 The attitude combine with ego will make the things more complicated and difficult to solve. This exactly, happening with two Telugu chief ministers of Telangana and Andhra Pradesh.

Provocation may serve the political purpose of the rulers of the two Telugu states, which were two regions of the erstwhile undivided Andhra Pradesh for nearly six decades.

The most crucial subject of sharing and utilisation of river waters is now a thorny issue, causing tense moments not only between the two governments but also among people of the neighbouring states.

The sharing and utilisation of waters of the Krishna River tops the agenda of both the states, which are pressing for more water for irrigation and other purposes.  In the combined Andhra Pradesh, the government used to act in a judicious manner by gleaning the opinions of people of all regions.

Three riparian states of river Krishna have previously had many discussions in this regard, though not at the cost of decency, decorum and cordial relations among the states. During the Telangana statehood movement, anti-Andhra sentiments were fanned, making it easy for the Telangana Rastra Samiti to rise.

Those anti-Andhra sentiments have become a tool in the hands of the ruling TRS yielding results many times, including GHMC & bye-elections of Assembly seats. Now it is time again for the ruling party in Telangana to train its guns at the opposition with the same sentiments it seems!

In the wrangling over the Krishna waters, the T-government’s calculated moves should be analyzed in the backdrop of the upcoming bypolls at Huzurabad.

Telangana is believed to be in a comfortable position amidst the ongoing tussle between the two Chief Ministers as the arguments of T-state reportedly get ‘patient hearing’ by the Krishna River Management Board (KRMB). Power generation at Srisailam & Nagarjuna Sagar by using 19 tmc is a cause of concern for Andhra Pradesh as the T-govt has decided to go for power generation below 800 feet of water level in the reservoir.

Pothireddipadu, from where key projects in the Rayalaseema region are to be fed with water at 854 feet, may become useless if the same tendency goes on with power generation below 800 feet. The Government of AP has decided to take up the Rayalaseema Lift Irrigation Project (RLIP) to cater to the needs of parched lands in that region.

But the TRS government succeeded in convincing the KRMB team to inspect RLIP and this irked its counterpart in AP. In turn, AP urged the board to visit the lift irrigation schemes in Telangana first and then come to RLIP.

Prior to 2014, combined AP had a privilege to use surplus water in Krishna, being a lower riparian state. With that ‘right’ bestowed by the tribunal earlier, the then AP government designed some projects in Telangana also basing on the same surplus water. Now the residuary AP has the status of the combined AP as far as the usage of surplus water is concerned.

It is a different matter that at one point of time then AP government headed by Dr.Y.S. Rajasekhara Reddy agreed to share even the surplus water of Krishna with other upper riparian states of Karnataka & Maharashtra if the allocation of water to the state is made judiciously!

Now AP chief minister Y.S. Jaganmohan Reddy seems to be desperately making efforts to get ‘justifiable share’ for the state by asking the Union government to notify the area that will be under the purview of KRMB. This is because of Telangana ‘s accusation that AP has been trying to take Krishna waters even to areas outside the river basin. This argument may lead to confusion among the general public.

In this entire episode, opposition leader N.Chandrababu Naidu is a happy man. He has been maintaining stoic silence over the issue. He can’t back either of the states due to his politically delicate position.

But it cost two of the chief ministers their positions. Since all the three chief ministers were from the Congress party, the meetings were held in a peaceful manner. As the three states were ruled by a single party, the issue was manageable. Had the Congress leadership applied thought on those meetings, the outcomes would have been fruitful for all the three riparian states. But unexpected things happened.

Then Congress president and former prime minister Rajiv Gandhi reportedly suspected the intention of the confabulating chief ministers, following ‘inside’ information that they were conspiring against him. In the mean time, Karnataka chief minister Veerendra Patil was hospitalised for health reasons.

After visiting Patil in Bangalore, Rajiv Gandhi dropped hints on a change of guard in the state, saying people “will see a new chief minister for Karnataka within a week”. Within months, AP too witnessed a change of guard. Communal tensions erupted in the Old City of Hyderabad and Dr.Marri Channa Reddy had to go. Sharad Pawar was lucky to be spared.

Now, the question is to find the solution of this tussle or leave the egoistic political dangal open for a long fight. Answer is bit far to find. Anyways, let’s wait and watch. #KhabarLive #hydnews