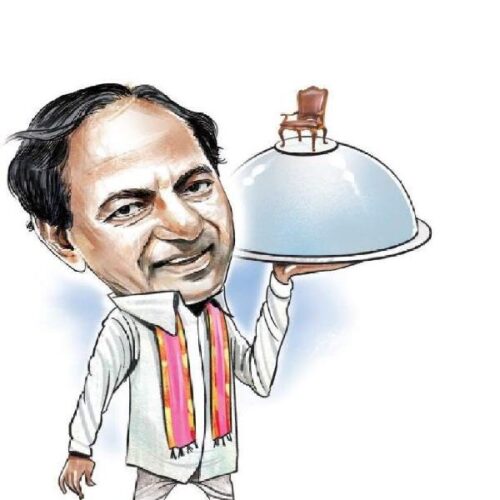 Telangana chief minister and TRS supremo KCR known as smart politician to plan smart political strategies to woo the opposition before election process. This time also he played his tactics before Election planned in late 2022 or early 2023.

Election fever seems to have begun in TRS two years ahead of the schedule. Chief Minister K Chandrashekar Rao, who does not want to take any chance and give space to the Opposition, is said to be working out strategies to see that there would be no anti-incumbency factor. He is said to be devising a new action plan with ‘development as agenda’ for the next two years.

ALSO READ:  Why Telangana's Communist Party Of India Is 'Confused' Over Elections?

This proposed strategy, sources said, would push Telangana to another level on the development front by the time the state goes in for 2023 Assembly elections. The focus would be on the industrial and economic growth along with welfare schemes. KCR is said to be holding discussions with officials, intellectuals and experts in different fields so that the state can be transformed into a most happening state.

The CM is reviewing the social and economic status of each community and the challenges faced by the oppressed sections in growing economically. Based on the review, special schemes would be introduced, the sources added.

Officials said that the caste-based corporations for each community with specific allocations would be introduced in the next two years.

On the development front, the sources said that state of the art infrastructural facilities in education, health, etc, would be provided in all urban and rural civic bodies. This would be in addition to the ongoing programmes under Pattana Pragati and Palle Pragati programmes.

Officials said that KCR’s every move in the next two years is aimed at comprehensive development of Telangana and so that the the Opposition will have no issue to criticise the government.”

The proposed massive recruitment drive to fill all vacancies is the first one among the key decisions taken by KCR recently. “Regularisation of contract employees is also under consideration,” a senior TRS leader said. Party circles feel that all these steps indicate at the possibility of KCR opting for early polls as he did in 2018. #KhabarLive #hydnews