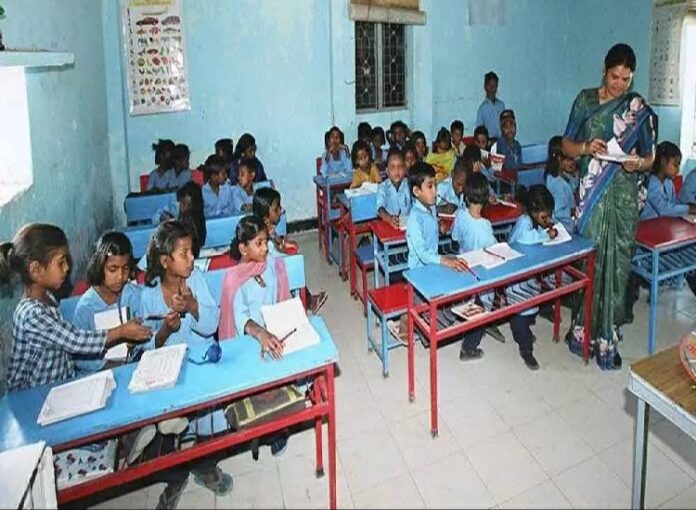 Many schools seem flouting the government imposed norms for reopening the physical teaching for 9-10 classes, instead, many are conducting nursery and primary classes in Hyderabad.

The reopening of schools has opened a can of worms. In some cases, managements are asking their nursery and primary students to return to school, which is against the rules. Besides, some schools are being run as lodges.

In one instance, classrooms in a school in Vijayanagar Colony near Masab Tank, were found to have been let out by its management to bachelors during the shutdown period. In another instance, parents, desperate over their kids losing out on learning, decided to drop their children at school.

ALSO READ:  Want To Go Abroad For Study? The Wrong Agent May Get You Deported

The unhygienic conditions at Madarath International, a co-ed school in Vijayanagar Colony, were compounded by the discovery of abandoned bottles full of tobacco spittle, empty gutka packets, and used and discarded face masks.

The despicable conditions in the school premises, where the management opened the classes for nursery and Class I students, were enough to warrant prompt action by the school education department. Physical classes are allowed by government only for upwards of Class 9.

The school authorities were found conducting offline classes for Nursery to Class 1 students amidst such conditions, resulting in the issue of a show cause notice to the headmaster and management of the Madarath School by the Deputy Inspector of Schools, Asifnagar Mandal on Thursday.

“In spite of receiving the instructions and knowing the seriousness of Covid-19, the management/headmaster of the school is conducting offline/physical classes for primary school also. It is noticed that a part of the classrooms was let out to bachelors to stay in. The entire premises of the school are in unhygienic conditions,” the notice said.

The education department has issued a show cause notice to the school management to explain why action should not be initiated against the school for such irresponsible actions.

Elsewhere in the city, in Saidabad, another primary school that offers classes from nursery to Class I has found itself in a piquant situation with parents dropping off their kids at the school, urging the teachers to hold classes. Almost all these parents are poor, cannot afford to have digital devices such as smart phones or tablets or computers, for their children to attend online classes.

“There is little we could do. It is heartbreaking for us too and we could not turn away the children. We are trying to do the best we can for them,” a school staffer said. #KhabarLive #hydnews