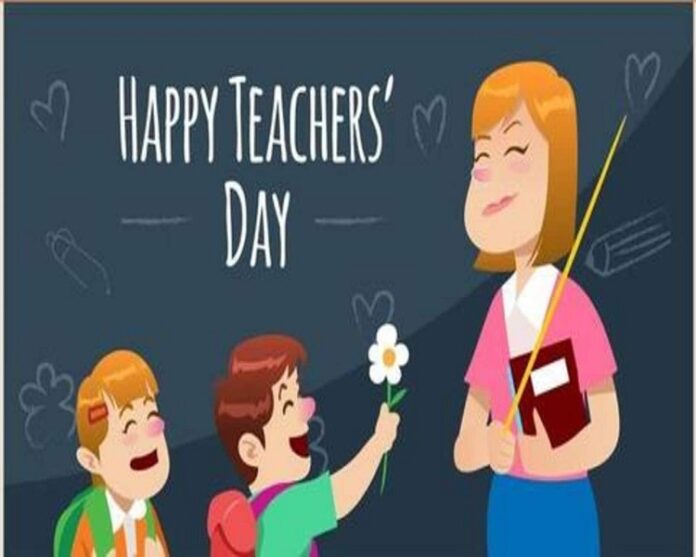 69 / 100
Powered by Rank Math SEO
On the special occasions like Teacher’s Day we say all sorts of noble words about the vocation of teaching, and some teachers are awarded by the State, the fact is that as a society we are not very serious about the role of teachers as the messengers of emancipatory education.

To begin with, let us dare to be “impractical” and imagine what the vocation of teaching ought to be. Well, we might find amid ourselves a spectrum of “knowledgeable” people — experts and specialists.
But then, a teacher is not just a subject expert. She teaches not merely quantum physics or medieval history; she does something more. She walks with her students as a co-traveller; she touches their souls; and as a catalyst, she helps the young learner to understand his/her uniqueness and innate possibilities. She is not a machine that merely repeats the dictates of the official curriculum; nor is she an agent of surveillance — disciplining, punishing, hierarchising and normalising her students through the ritualisation of examinations and grading.
Instead, she is creative and reflexive; and it is through the nuanced art of relatedness that she activates the learner’s faith that he is unique, he need not be like someone else, he must look at the process of his inner flowering, and the artificially constructed binary of “success” and “failure” must be abandoned.

There is another important thing a teacher ought to take care of. She must realise that there are limits to teaching and sermonising; and she is not supposed to fill the mind of the learner with a heavy baggage of bookish knowledge.

Instead, her primary task is to help the learner to sharpen the power of observation, the ability to think and reflect, the aesthetic sensibility, and above all, the spiritual urge to experience the glimpses of the Infinite. In other words, once these faculties are developed, one becomes a life-long learner — beyond degrees and diplomas.

ALSO READ:  Why 'Telangana Universities' Scored Low In 'National Institutional Ranking Framework'?
On the other hand, on September 5, the Teachers Day is celebrated to honour the memory of India’s first Vice President and to commemorate the importance of teachers in our lives. It is supposed to be a special day for the appreciation of teachers who are the real fountain head of a strong nation.

Indian culture had always treated them as most important pillars. Even Lord Krishna, Rama or any kings during medieval period who ruled the country had taken lessons under a Guru and this speaks a lot about the importance of a teacher.

The teachers have a very difficult task and play the role of torchbearers, work with dedication even in adverse conditions to make the young generation prosper in all respects. It is time for the political executive and the teachers to have a serious introspection about the role of teachers then and now and see what kind of reforms needed to be brought in the system to ensure that the core values of education and the healthy relationship between the teachers and the taught is restored.

As a matter of fact, emancipatory education is the willingness to live meaningfully, creatively and gracefully. It is the ability to identify and debunk diverse ideologies and practices of domination and seduction — say, the cult of narcissistic personalities that reduces democracy to a ritualistic act of “electing” one’s masters, the doctrine of militaristic nationalism that manufactures the mass psychology of fear and hatred, or the neoliberal idea that to be “smart” is to be a hyper-competitive consumer driven by the promises of instant gratification through the ceaseless consumption of all sorts of material and symbolic goods.

And a teacher ought to be seen as the carrier of this sort of emancipatory education that inspires the young learner to question sexism, racism, casteism, ecologically destructive developmentalism, hollow consumerism, and the life-killing practice of “productivity” that transforms potentially creative beings into mere “resources”, or spiritually impoverished and alienated robotic performers.

Yet, the irony is that we do not desire to create an environment that promotes emancipatory education, and nurtures the true spirit of the vocation of teaching. Look at the state of an average school in the country.

With rote learning, poor teacher-taught ratio, pathetic infrastructure, chaotic classrooms and demotivated teachers, it is not possible to expect even the slightest trace of intellectually stimulating and ethically churning education. It is sad that ours is a society that refuses to acknowledge the worth of good schoolteachers.

Moreover, because of nepotism, corruption and trivialisation of BEd degrees, there is massive devaluation of the vocation.

Likewise, while the triumphant political class has caused severe damage to some of our leading public universities, and fancy institutes of technology and management see education primarily as a training for supplying the workforce for the techno-corporate empire, teachers are becoming mere “service providers” or docile conformists. Here is a society hypnotised by the power of bureaucracy, the assertion of techno-managers and the glitz of celebrities. Not surprisingly then, it fails to realise that a society that has lost its teachers is dead.

However, those who love the vocation of teaching and continue to see its immense possibilities should not give up.

After all, ours is also a society that saw the likes of Gijubhai Badheka, Rabindranath Tagore and Jiddu Krishnamurti who inspired us, and made us believe that a teacher, far from being a cog in the bureaucratic machine, carries the lamp of truth, and walks with her students as wanderers and seekers to make sense of the world they live in, and free it from what belittles man. We must celebrate this pedagogy of hope.

Teachers Day should not end with some celebrations. Dr Sarvepalli Radhakrishnan saw education as the most important tool to metamorphose our society into an inclusive one. The question now is whether our present education system is inclusive. Are teachers playing the role of Shilpis (sculptors) and making children strong enough mentally to face any situation in life?

The role of a teacher is multifarious one. “Teaching is an ongoing process, which like mercury never settles at a particular place but keeps flowing with everlasting grandeur.” They should be sharp, enlightened, updated, innovative, perseverant and ever ready to learn new things and unlearn old ones so that they produce the best of human resources, who are not only employable but should have enough resilience to absorb highs and lows of life. Does such a situation prevail in our country?

Under Gurukul system, the Gurus (teachers) used to lay emphasis on practical education, developing observation skills of a student and above all there used to be a system of questioning, discussion and debate. A week student was always attached to a bright student so that the bright student would help the weak student.

But now it is other way round. The weak students are segregated from so-called cream and made to sit in a separate section which leads to negative impact on them as they are stamped as weak students. All this is part of commercialisation of education.

The system of listening to what teacher says, copy what is written on black board, learn by rote the so-called important questions is resulting in a situation where students are committing suicide if one gets 85 per cent marks instead of 90 per cent.

There are also cases where students are committing suicide, thinking that they may not get good marks. The political executive of the country and the teachers should ponder over such issues and bring major reforms to restore the values of education and importance of teacher that was seen in the olden times. The governments too should free the teachers from doing other works like door-to-door enumeration work or drafting them for election related work. #KhabarLive #hydnews