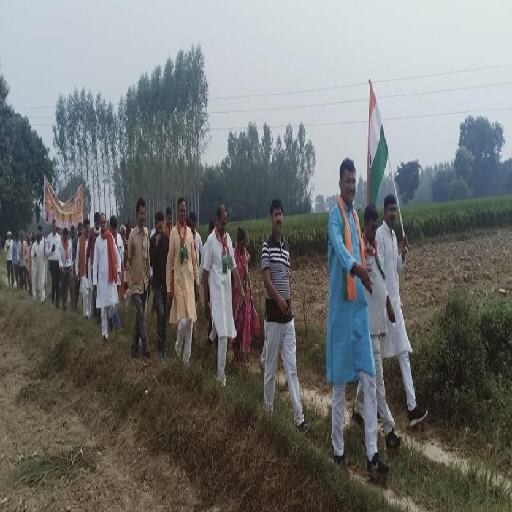 Which of our netas today have the fitness and austerity to set out on the long march to political payoffs? The purpose of this article is to map the changing nature of the padayatra and its appropriation by political parties as a tool of political communication.

Padayatra is a journey undertaken by politicians or prominent citizens to interact more closely with different parts of society, educate about issues concerning them, and galvanize his or her supporters. Padayatras or foot pilgrimages are also Hindu religious pilgrimages undertaken towards sacred shrines or pilgrimage sites.

Can padayatras bring victory to the parties in elections? Padayatras in undivided Andhra Pradesh and later in the residuary state helped three leaders to come to power. Perhaps taking that as inspiration and with the belief that padayatra could be better tool to connect with people, the Telangana BJP too seems to have decided in favour of its state president to take up padayatra starting from Bhagyanagar temple in Hyderabad to Huzurabad.

The BJP feels that this apart from helping them to connect with people, would help them win the byelection to Huzurabad assembly constituency. Winning this seat has become a highly prestigious issue for the BJP since its candidate former minister Eatala Rajender recently migrated from the pink party to saffron party after a clash with Chief Minister K Chandrasekhar Rao.

Looking back, we have seen Y S Rajasekhara Reddy taking up a 64-day 1,470- km-long padayatra in the undivided Andhra Pradesh. This helped the Congress party to catapult to power a decade after it was routed by TDP. In 2012, TDP president N Chandrababu Naidu went on a 208-day padayatra covering 2,800 km. Naidu who till then was known as a nine-year chief minister who used virtual connect with rank and file used the padayatra to reconnect with the people and even apologised for the mistakes he made.

This helped him come back to power after the bifurcation of the state. The race for covering longer distances continued and YSRCP leader Y S Jaganmohan Reddy too launched his padyatra on November 6, 2017 and went on a 14-month-long Praja Sankalpa yatra, covering 3,648 km. He went across 130 of the 175 assembly constituencies and came to power in 2019.

The BJP which was buoyed by its bypoll victory in Dubbaka and later displayed a good performance in the GHMC elections, however, failed to make further inroads into Telangana and did not make any impact in the Nagarjuan Sagar byelection.

One such strategy of communication and mobilization typical to democratic politics in India is the ‘padayatra’, which while being traditional also has a spiritual lineage. The padayatra was effectively used by Mahatma Gandhi to rally together the masses during the freedom movement, and it continues to be a politically relevant strategy used not only for mobilization but also for partisan gains that capitalize on its imagery.

Electoral padayatras provide an opportunity to the politician to interact with voters in a substantive manner, understand their weltanschauung and enable its achievement.

On the other hand KCR has been on a spree announcing several sops to different sections of people and is focusing more on BCs and farmers and has now once again raked up the water sentiment among people. There are also speculations that he would go in for early general elections. He may opt for assembly polls towards the end of 2023 or early 2024. He has also started taking up visits to districts.

In the backdrop of all this, the BJP felt that it would be a loser if it does not do something new. The accusations and allegations made at different meetings or press conferences do not seem to have cut much ice with the voters. Hence state BJP president Bandi Sanjay has decided to launch his padayatra on August 9 coinciding with Quit India movement. It will end on October 2.

The 55-day padayatra has shades of YSR’s walkathon. He would be covering Hyderabad, Ranga Reddy district, Medak and Nizamabad districts to try and expose the ‘omissions’ and ‘commissions’ of the state government. His main line of campaign is going to be end dictatorial rule in Telangana. Bandi attaches sentimental value to Bhagya Laxmi temple as he started his campaign for GHMC polls from here and the performance has been encouraging.

This also has similarities with Y.S. Rajasekhara Reddy’s padayatra. It now remains to be seen if this experiment of BJP would help the party to win the hearts of the people and also strengthen its cadre. In fact the Congress circles are abuzz with speculations that even the new TPCC president designate A Revanth Reddy would take up padayatra across the state.

The positive side of all this is that the opposition parties which were dormant till now have started opening and thinking in different direction to take on the TRS. People certainly have a chance to assess all the parties before they get the chance to cast their vote in 2024. #KhabarLive #hydnews