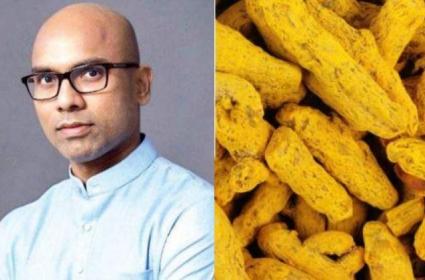 The spice goes missing from the political gravy he had cooking up on the eve of a bypoll. The rivals of D. Aravind, a rising face of Telangana, are licking their chops.

BJP’s firebrand Telangana leader D. Aravind is seeing yellow. He is geared up for the Nagarjunasagar bypoll on April 14 and promised setting up a turmeric board in Nizamabad, a longstanding demand of the farmers there. The place produces the best quality turmeric and the farmers feel a board—on the lines of tea and coffee boards—will help them get better price for their produce.

But the flavour faded from Aravind’s curry when his party’s senior leader and Union minister of state for agriculture, Parshotham Rupala, sent a shock from Delhi. He said in the Lok Sabha that the Centre has no proposal for such a board.

Aravind was gung-ho after the BJP won the Dubbak assembly bypoll recently, followed by the party’s stellar show in the Greater Hyderabad Municipal Corporation elections, both of which observers say were made possible by his meticulous planning. Aravind took the Owaisi brothers head-on in Hyderabad.

For the record, Aravind snatched the Nizamabad Lok Sabha seat in 2019 from Kalvakuntla Kavitha, daughter of chief minister K. Chandrasekhara Rao, mainly on the promise to set up a turmeric board.

The latest turmeric board fiasco has pleased his rivals. The ruling TRS is holding no punches—that Aravind was done in by his own senior leaders in Delhi. TRS leader K. Suresh Reddy of Nizamabad asked: “With what face can he dare campaign for his party in Nagarjunasagar now?”

Aravind played down the issue. “The Centre has agreed to set up a regional spices board, instead of a turmeric board exclusively. It has declared Nizamabad as the turmeric export hub and more than 10 lakh metric tonnes were exported last year.

ALSO READ:  The End Of 'Plasma Therapy' In Covid-19 Treatment?

A slew of measures have been taken to benefit the farmers, like a ban on import of turmeric,” he says. Will the barbs spoil his odds? “I can take care of the Opposition,” he retorts. #KhabarLive #hydnews