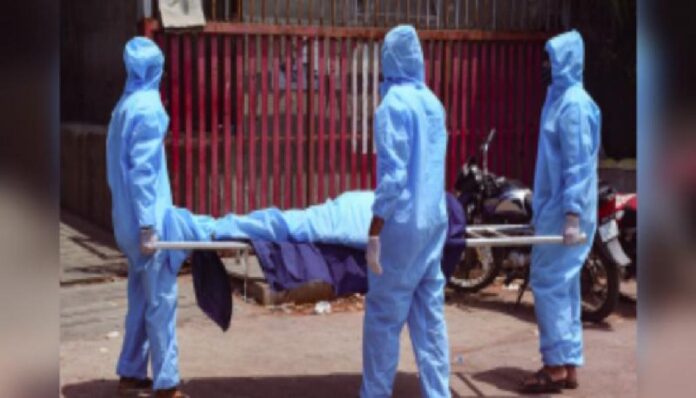 The dead covid victims in private hospitals is facing severe challenges to preserve the dead bodies in Hyderabad.

Due to the lack of storage facilities in a number of small private hospitals in the Greater Hyderabad Municipal Corporation (GHMC) region to preserve dead bodies, family members of those who succumb to COVID-19 are facing difficulties if a patient dies late in the evening.

As crematoriums do not take dead bodies after 6 pm, families of patients who succumb to COVID-19 in small private hospitals are clueless as to how to handle the body: they can neither preserve it at the hospital nor can they move it to the crematorium. Efforts to move dead bodies to government mortuaries are also proving to be in vain, as they are already reporting full occupancy.

Besides, taking the dead bodies back home is completely out of the question as norms do not allow that and even neighbours would raise objections.

Many activists and NGOs who have been working with such families have said that if the situation is not addressed at the earliest by the authorities concerned, it could lead to a major crisis in the days to come. They have urged officials to put in place a system to deal with the emergent situation, either by coming up with facilities at crematoriums, government mortuaries, or other places to preserve the bodies throughout the night.

In such a dire situation, the report said that families who have lost people to COVID-19 are apparently switching off their phones, so that hospitals cannot reach them at odd hours. Some are delaying bill payments or keeping the body anywhere possible without informing anyone. If the situation persists, many believe, there could be scenes of bereaved families grieving next to the dead bodies by the roadside in the days to come.

Even big corporate hospitals in the city have noted that they can only accommodate five to six dead bodies in their premises until formalities are completed. Hospital authorities told #KhabarLive  that the freezer boxes they have only allow three bodies at a time and the rest have to be kept inside the mortuary, giving little time for family members to shift the bodies. #KhabarLive #hydnews

ALSO READ:  Who Will Be TRS Party's Floor Leader In Lok Sabha?